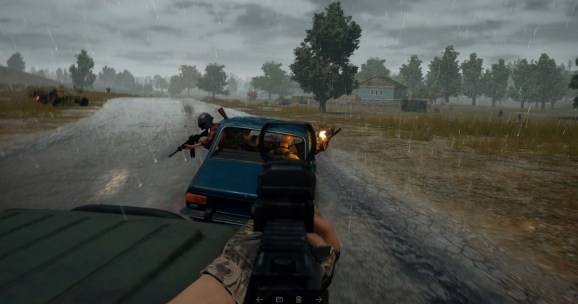 If you team up, the action can get pretty intense in PUBG.

One of the biggest games in the world continued to dominate in January. PlayerUnknown’s Battlegrounds was the No. 4 best-seller in the United States last month, according to industry-tracking firm The NPD Group. What’s impressive is that only includes “physical” and digital sales on Xbox One and not Steam sales on PC.

PUBG, a last-player-standing shooter that debuted on PC in Early Access last April, hit the Xbox One December 12 for $30. During that month, it was the No. 7 best-selling game. Its momentum has not dropped off in January, as it outsold perennial hits like Grand Theft Auto V, NBA 2K18, and more across all platforms.

On Xbox One, the only console it is available for at the moment, it was the No. 2 best-selling game of the month behind only Monster Hunter: World. This means it outsold the hot new fighting game Dragon Ball FighterZ from publisher Bandai Namco. It also outperformed Call of Duty: WWII.

You can buy PUBG’s Xbox One version through the Xbox game store or at retailers like GameStop in a physical box. But because the game is online only, that case does not have a disc — instead, it has a downloadable code.