Qualcomm has revealed its Snapdragon 845 Xtended Reality (XR) platform for both mobile virtual reality and augmented reality mobile headsets. The new platform will be the brains of standalone mobile VR headsets, which don’t have to be connected to a PC to operate. Qualcomm’s VR/AR platform will be targeted at partner projects such as the Facebook Oculus Go headset and the HTC Vive Focus (which is selling in China).

The new Snapdragon 845 chip is a mobile processor that succeeds last year’s 835 processor, which is available in more than 20 XR devices to date. XR refers to extended reality, which includes AR, VR, and mixed reality technologies. Qualcomm is showing off the 845 platform at Mobile World Congress, held next week in Barcelona, Spain.

The 845 platform will bring some much-needed improvements to mobile VR. The Snapdragon 845 central processing unit (CPU) will be coupled with the Adreno 630, a graphic processing subsystem that will enable bigger and better virtual worlds on mobile. The platform will also include sensors and cameras inside the head-mounted display that enable six degrees of freedom (6DoF) movement controls. And it enables simultaneous localization and mapping (SLAM) to detect objects in the real world and either avoid them or integrate them into the virtual environment.The SLAM will be wireless, without the external sensors needed for PC-based VR today, and it enables “room-scale VR.” 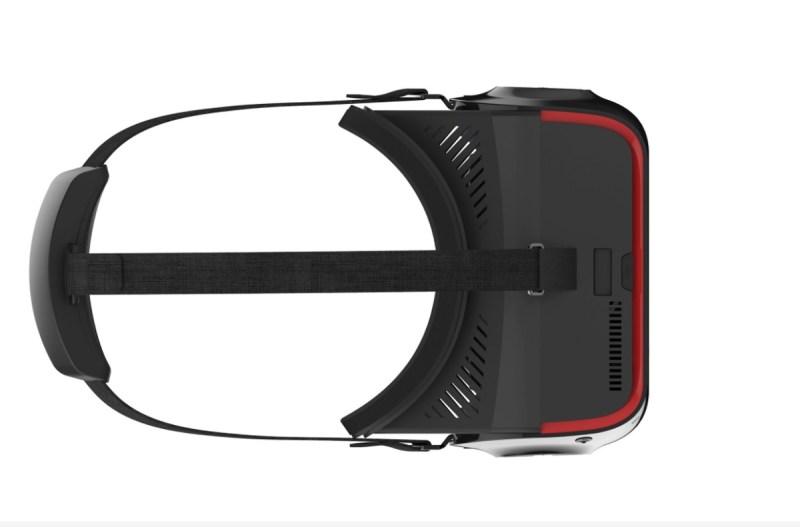 Above: Top view of Qualcomm’s 845-based VR reference headset.

“We are very excited about VR and AR, and the maturity in the market,” said Hugo Swart, head of XR at Qualcomm, in an interview with GamesBeat. “The 845 chip for AR and VR is the next step. We are working with major partners, and we will have complete reference designs for standalone VR and smartphone VR.”

A reference design is a prototype that includes the chips and everything else needed to build a complete VR or AR system. Brands and system companies such as Oculus and HTC can take those reference designs and build their own products around them.

The system will deliver up to 4 million pixels per eye, and the 845 chip offers 30 percent faster graphics performance and 30 percent better power efficiency than the previous generation of chips. The display throughput will be twice as fast, and Qualcomm can now support 2K resolution per eye.

The Adreno subsystem will enable foveated rendering, which is a technique designed to save on power and rendering without compromising what the user sees. In foveated rendering, the headset detects where your eyes are looking. It keeps those parts of the picture sharp and clear, while the rest of the imagery outside of your field of view is blurry. It concentrates the rendering power on the graphics technology where it is most useful and doesn’t waste performance on what your eyes don’t see. That results in big power savings. 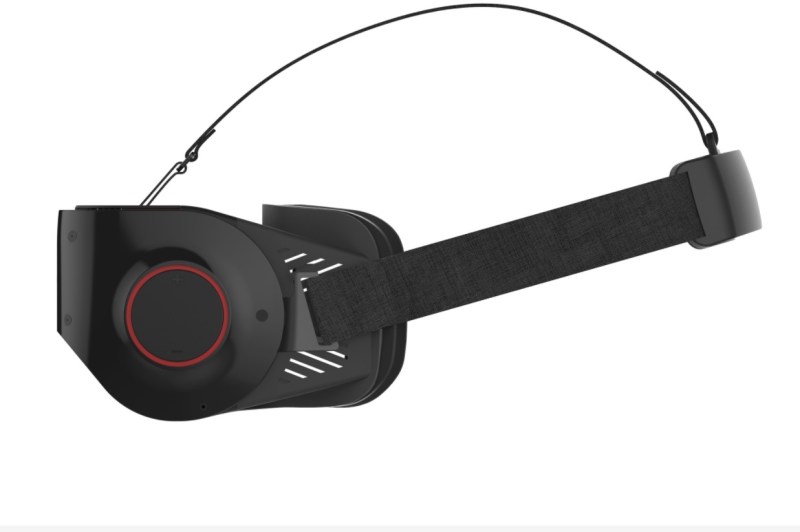 Above: Side view of Qualcomm VR headset reference design.

The 845 platform also includes a digital signal processor for measuring, filtering, or compressing analog signals. That helps with tasks such as hand tracking. The system includes two cameras that face the eyes to track eye movement and two cameras on the outside of the headset that track your hands and your body movement.

Swart said that the key pillars of the system include chips that get better year over year; software such as foveated rendering and tracking software for the sensors and hand controls; system partnerships with big companies like Google, Facebook, and HTC; and an accelerator program that enables startups to provide both content and other elements in the ecosystem.

“The reference design is a key component that takes our latest chips and enables software features,” Swart said. “One of our key goals with VR is to enable good VR for the masses. We know we can’t do that with a $2,000 (PC-focused) setup.”

He added, “We want you to have the same level of freedom that you see in a PC system, with no cables.”