Soulcalibur VI‘s new-character reveal shows that Ivy will be returning to the series when the fighting game comes out later this year for PlayStation 4, Xbox One, and PC. And sh5e’s looking … well, she’s not wearing much. Which is pretty typical for Ivy.

Ivy’s been a mainstay in the franchise’s roster since the first Soulcalibur came out for arcades in 1998. She has a unique playstyle that focuses on her sword, which turns into a whip. But Ivy stands out for, you know, other reasons. Soulcalibur was one of the first games to put an emphasis on “jiggle” physics, and its busty female roster would ripple with enough unrealistic chest-bouncing if you so much as breathed on them.

But Ivy always stood out. Not only does she have the cartoon proportions, but her outfits are revealing and her voice lines are mostly dominatrix-flavored innuendo. And for awhile, her outfit and bust size seemed to get even more outlandish with each sequel. Just look at the difference between her first design and how she looked in Soulcalibur IV. 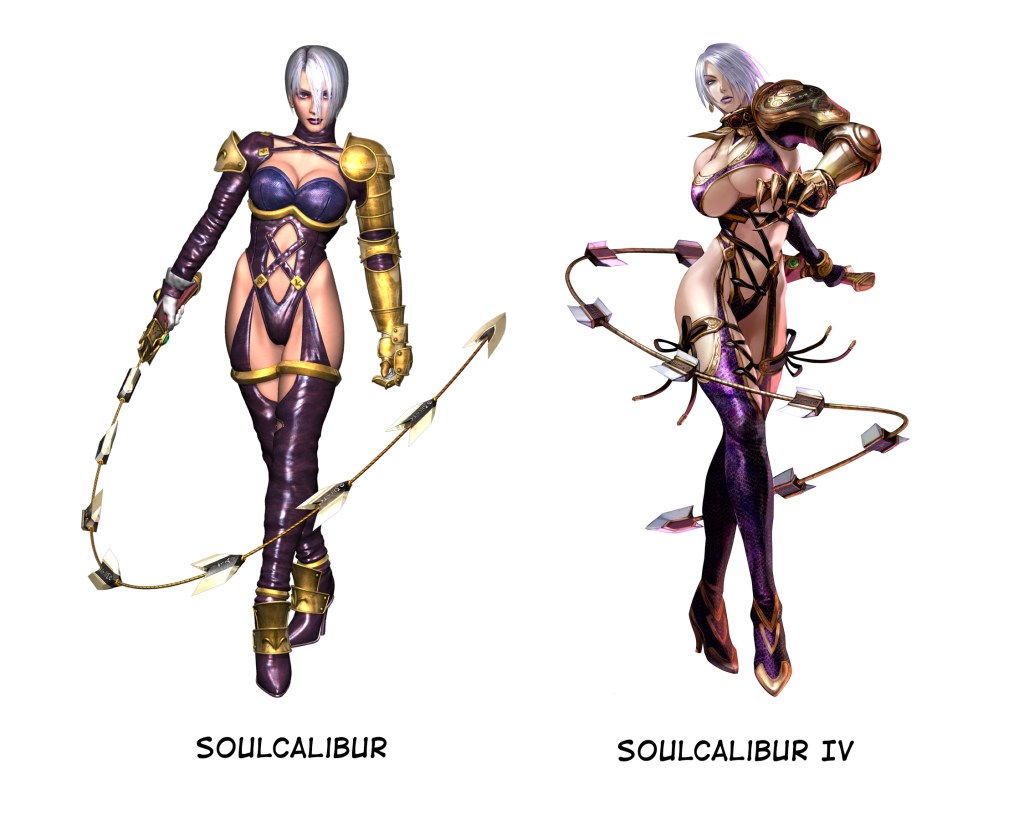 Bandai Namco would tone her appearance down a little bit after Soulcalibur IV (I’m not really sure you could make it more intense than that). Her Soulcalibur V outfit was relatively modest. 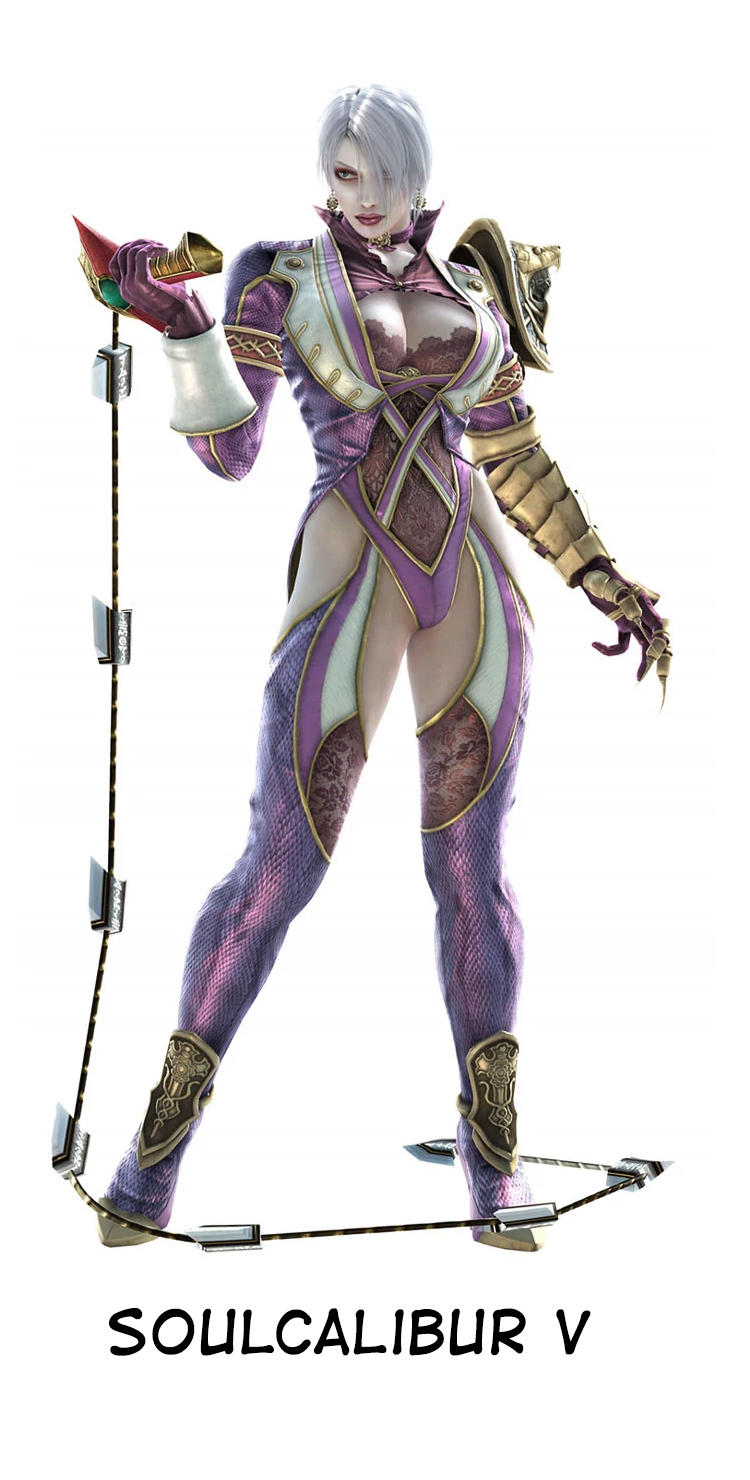 It’s obviously still sexy, maybe comically so with the lace and crotch-accentuating leggings, but this outfit is also a bit classier. But her new outfit is taking inspiration from the original Ivy, albeit with the bodily enhancements she’s received over the years. That makes some sense, since Soulcalibur VI is sort of a remake of the original.