“The new Clue app on Ionic is the next step in giving users the ability to connect their workout with their cycle,” wrote Clue cofounder and CEO Ida Tin, in an email to VentureBeat. “Clue helps its users to understand their cycle and its impact across their lives, including fitness and health. Research has shown a connection between exercise and the cycle. With the wearable market growing year-on-year, it is incredibly exciting to partner with Fitbit and become the first female health app available on Fitbit Ionic.” 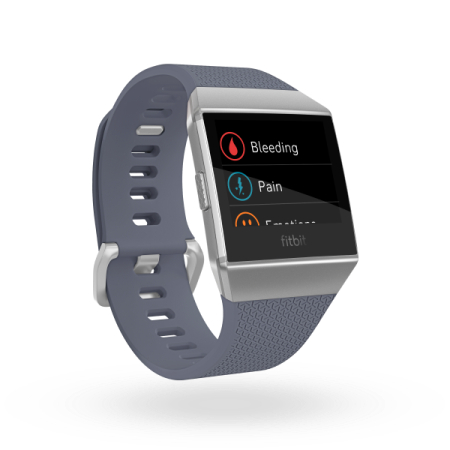 Above: Clue app on Fitbit Ionic

Fitbit started selling its smartwatch in October for $300. This is the company’s first ever smartwatch, sporting GPS, heart rate monitoring technology, and support for Fitbit Pay, among other features. The watch provides access to more than 400 apps and clock faces and is compatible across most Android, iOS, and Windows phones.

Clue users can feed their Fitbit activity, sleep, weight, nutrition, and heart rate data into the Clue app to help improve cycle predictions. Fitbit’s 25 million user base will surely give a good boost to Clue, which currently has 5 million users across 190 countries. The Clue app is free and is available in 15 languages.

When asked whether Clue has plans to become a contraceptive app, Tin was very clear:

Clue is not, and has never presented itself as, a contraceptive. While we support innovation in reproductive health technology, we disagree with the scientific interpretations currently used by apps which position themselves as contraceptives. Fundamentally, we believe that a higher standard of research and transparent communication is necessary for fertility awareness contraceptive apps. There should be as little discrepancy as possible between the understanding of actual risk, and the risk assumed by users. We are excited about the possibility of one day supporting a digital contraceptive product, but would take a very different approach to research and research application in technology, as well as to communication around efficacy, effectiveness, and risk.

Stockholm, Sweden-based Natural Cycles is the first app to have been approved as a contraceptive in the European Union. The startup recently received criticism after several women blamed the app for unwanted pregnancies.

Founded in 2012, Berlin-based Clue has raised $30 million to date from investors that include Union Square Ventures (USV), Mosaic Ventures, and FJ Labs. The startup currently has 55 employees.