Little by little, Magic Leap is pulling back the veils on the mixed reality technology that it has been developing since 2011. The Florida company has raised more than $1.4 billion for its technology from investors like Google and Alibaba.

Rony Abovitz, CEO of Magic Leap, said in December the company will ship its first augmented reality glasses in 2018. And this week, the company disclosed that it has an alliance with Weta Workshop, a mixed reality and game studio that is working on applications for the Magic Leap glasses. Weta Workshop is part of Peter Jackson’s New Zealand special effects studio, Weta, which created the dazzling effects for The Lord of the Rings films.

I sat down with the team that made the announcement at the DICE Summit, the elite gaming event in Las Vegas this week. I spoke with Andy Lanning, executive creative director at Magic Leap Studios, which is a maker of applications within Magic Leap. Lanning previously worked at Marvel Comics and DC Comics on titles, such as Nova and Legion of Super-Heroes.

I also spoke with Greg Broadmore, game director, writer, and artist at Weta Gameshop, which is part of Weta Workshop. He worked on the worlds in the films District 9 and King Kong, and he is creating his own sci-fi universe, Dr. Grordbort. Broadmore is working on an alternate reality title dubbed Dr. G’s Invaders for Magic Leap, slated for release this year.

And I talked with Hayley Gray, executive producer at Weta Gameshop. She has spent the past five years building Weta’s first gaming division, and she manages the 50-person team working on Dr. G’s Invaders. She previously worked on a wide variety of projects, such as The Hobbit and The BFG. 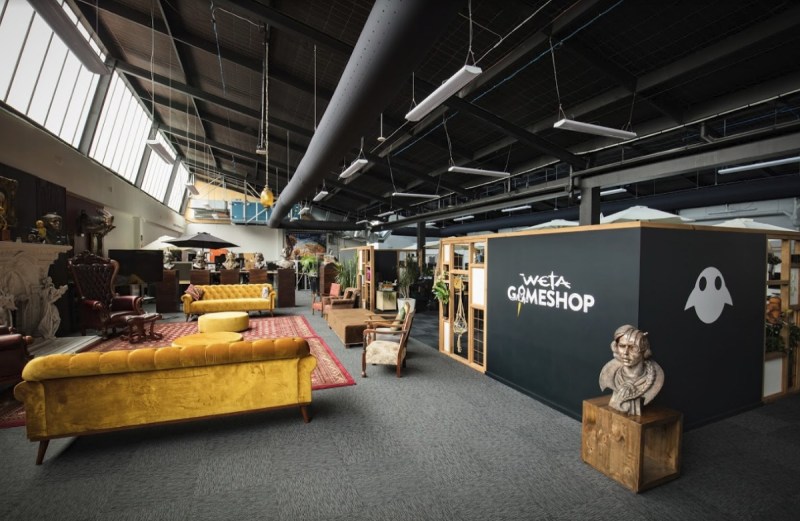 Above: Weta Workshop in New Zealand.

GamesBeat: Tell me about what you’re announcing.

Greg Broadmore: Weta Workshop is most famous as a design studio and a physical effects studio. We’re famous for making physical props, that kind of thing. But we’ve also been in a relationship with Magic Leap for five years now. Rony Abovitz brought us on board through his creative project he was developing before Magic Leap. Today, we’ve finally crystallized that five-year ambition into a new studio, which we’re calling Weta Gameshop. It’s a division of Weta Workshop focused completely on video games for Magic Leap and mixed reality.

We have around 50 people at the moment, and we’ve custom built a new facility for mixed reality. It has testing spaces that are designed to solve the problem of making mixed reality content.

Hayley Gray: Richard Taylor, who’s the managing director of Weta Workshop, actually met Rony in 2009. That’s when Rony first contacted him about a creative property that he wanted to develop. This is before Magic Leap even existed. Weta Workshop worked on some concept design and creative work for Rony at the time. Then, it was about five or six years ago when Rony founded Magic Leap and came to us with the idea that we would create a mixed reality experience for the new Magic Leap platform. That’s when the Dr. Grordbort’s IP kicked off.

Broadmore: Rony had started this relationship working with us at things like Comic-Con. He became aware of the science-fiction world that I’d been building. At the time, quite randomly, he suggested that he’d love for us to make a game for this new mixed reality platform he was making. He didn’t call it “mixed reality” because the terminology didn’t exist then, but he described this very science-fiction vision. We were at the point with Dr. Grordbort’s, with the work I was doing at Weta Workshop, that we wanted to branch into making video games. Rony presented this opportunity to make a game on a totally new platform. We’ve jumped in with both feet and built a facility around that.

Gray: We’ve had the opportunity to work on the Magic Leap platform longer than any other developer. We’ve been working on it for five years, before the technology even existed, and we could test on the technology. At the time, we were just conceptualizing what we thought some of the potential opportunities could be for mixed reality. Since then, we’ve grown to 50 people, comprised of both Magic Leap employees — software engineers and technical staff — as well as Weta Workshop employees — creatives, designers, storytellers, writers, set designers, artists. We have all of those 50 people housed within our Weta Gameshop facility in Wellington, New Zealand.

Broadmore: From a developer point of view, we have a kind of twofold function. We’re making a game, Dr. Grordbort’s Invaders, for the launch of Magic Leap this coming year. The idea is to make an exemplar of what the platform and mixed reality can do. At the same time, it’s a forcing function for what the platform should be. Our requirements feed into what the various hardware and SDK features of the platform are. We’ve been in that dialogue since the start.

Gray: We’ve had a very integrated partnership with Magic Leap. Greg and I have been traveling to Florida seven or eight times every year, staying in tune with the development of Magic Leap’s platform. Our team in Wellington have been doing, essentially, a lot of the hard work to help provide that feedback to Magic Leap in the development of the platform, from a developer’s perspective. That’s been one of our primary objectives at the studio. 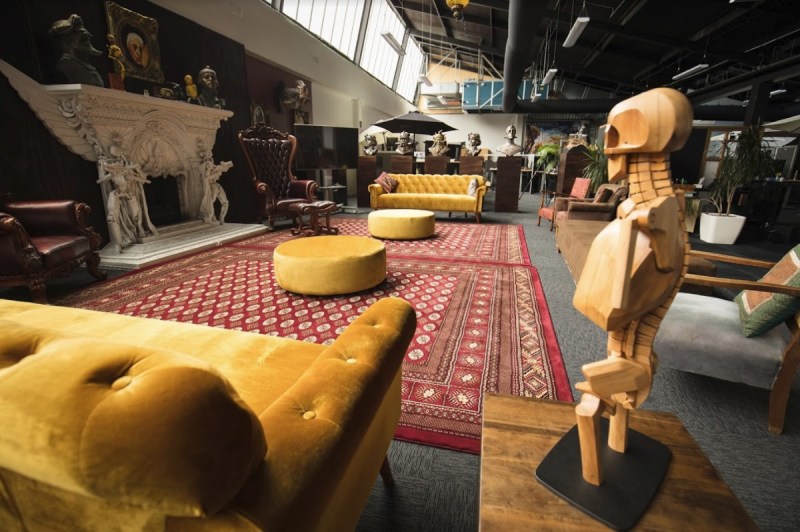 GamesBeat: Why are you a second or third party when you could be part of Magic Leap?

Broadmore: I think Rony came to us. He started by exploring this creative world, which was called Hour Blue. That was the first part of the relationship. Of course, he identified that we’re renowned for building worlds for storytelling. He saw that he had a technical problem to solve with Magic Leap, primarily. But really, that’s just a vehicle for creative visions. Having a company like Weta Workshop come in and yield that expertise — we have almost 30 years of experience building worlds for Peter Jackson, James Cameron, Neill Blomkamp, films like that. That world building is something he saw and gravitated toward. That marriage is what makes both of us work so well together.

Gray: The core concept and opportunity within mixed reality is the overlap between the physical and the digital. That’s where the partnership between Magic Leap and Weta Workshop is that perfect match. Weta Workshop can bring the expertise they have building physical effects and environments and characters and worlds. Magic Leap, with their technology expertise, now has a team that’s collaborating in Wellington to build those physical and digital and experiences.

Andy Lanning: Richard Taylor is on the board of directors of Magic Leap as well. He’s one of the founding members. At that time, it was all about a creative vision, as opposed to looking at a proper piece of hardware and saying, “This is what you can and can’t do.” Rony wanted to bring a lot of creative thought processes to those early days, to help shape what that vision could be. Beyond the technology to really dig deep into what those possibilities are.

Weta, with their hands-on approach in terms of making objects and working within spaces, is exactly the sort of partnership that’s led to where we are now, which is actually doing the things we were thinking up on the back of napkins back in the day. We can actually substantively produce those things.

Above: Magic Leap One comes with a hand controller and a puck.

Broadmore: Even though this is a division of Weta Workshop, it doesn’t feel like a second party. A bunch of our team, almost half, are Magic Leap employees. We’re sort of joined at the hip. That relationship, as we say — we travel back and forth all the time. We’re in constant communication. To me, it doesn’t feel like two companies. It feels like one. Under the hood it’s not, but that’s how it functions.

Lanning: It’s a relationship born from a shared creative vision, a symbiosis between those two worlds. The amount of time we’ve been doing this now, you don’t think of it like that at all.