GamesBeat: Did that almost double the size of your team?

Moldenhauer: There was a time where it was closer to 30. Quite a few people.

GamesBeat: What were some of the reactions interesting, from your perspective today?

Moldenhauer: I would say my favorite was the amount of fan art out there. We look at a ton of fan art, and we love it. From two-year-olds to six-year-olds — it comes in all different shapes, sizes, and colors, and we love it all. It’s so weird to see something that you created and somebody’s doing their own rendition of it. They have this fan group where they share it with their friends. It’s crazy. That’s definitely a highlight.

A lowlight is the amount of bullying that’s out there. We touched on this at MIGS and I’ll touch on it again, because I just saw it the other day in this — maybe it’s because we don’t really pay attention to comments or things like that. I don’t think Chad’s ever even read a comment. Not out of, “Oh, I don’t want to read comments,” but just because he doesn’t have time for it. But there was this one fan group with a little girl who’d drawn a Cuphead and Mugman picture. She couldn’t have been more than 10 years old. It was brilliant. It was so cute and it was her adaptation of it, and somebody else had commented on her picture in this fan group just cutting her down, using so many profanities. And then another person chimed in and they were heckling. It was the most disgusting thing I’d ever seen.

I don’t comment or reply or get involved in a lot of these things. But I did at that moment. “Actually, this is one of the best things I’ve ever seen. I printed it out and it’s in our office.” And I did. I printed it out and put it right on my billboard. It’s a reminder of, one, how many people look up to this, and two, just be kind. Why not? It’s harder to be mean.

GamesBeat: I hadn’t seen that. I felt like I was the center of that universe for a little while.

Moldenhauer: Oh, God. That was so ridiculous. When things go viral like that you can’t even control it. But we obviously saw it, and saw your reply too. That was so eloquent. The support that you got out of your company, I think, was strong. People are just vicious sometimes. I don’t know how you do it. I don’t have very thick skin. I’m very vulnerable to it.

GamesBeat: It had never happened to me on that level before. I was trying to argue with one or two people, and then I found I was actually arguing with a thousand people. “Huh, maybe I should change my mind about this?”

Moldenhauer: Your opinion should stay your opinion. Don’t let other people influence it. 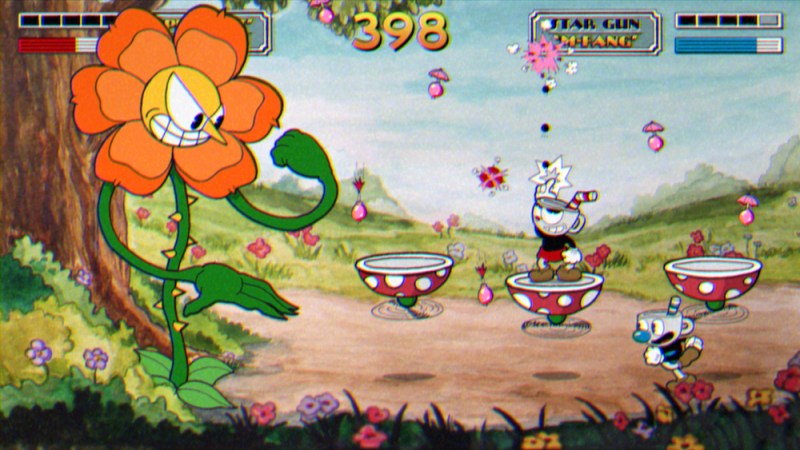 GamesBeat: I don’t know if you guys felt some of that same kind of heat as well, at different times along the way.

Moldenhauer: There were obviously times when—a lot of people would try to dissuade us from doing this. When we would give out a demo, a playable demo, internally or to different colleagues or whoever at the time, we’d hear, “It’s way too hard. We can’t market this to anyone.”

We just let it roll off our shoulders. Every time we’d hear that, we’d pat ourselves on the back, because that was our intention. This is the kind of game we’re making and we’re confident in it. You’re 100 percent entitled to your opinion if you think it’s too hard, and we respect that. But for us, we were really firm in our vision and what we wanted. Every time we heard that—that’s your opinion, and that’s great, but we’re going to stick with this kind of game.

GamesBeat: In hindsight, I don’t think many games make such a strong decision, or many developers. They don’t put their feet down and say, “This is what it’s about.” It’s interesting that you chose that particular — that difficulty was what you were going to put your foot down about.

Moldenhauer: That’s another hindsight thing. It’s one thing that was never — I’m a bit more pliable than Chad and Jared are. If somebody’s really getting at me about something, I might think, “Okay, maybe.” But the whole time they said, “Nope, this is the kind of game we want to make, and that’s that.”

The times where it gets a little blurry are maybe when there are too many cooks in the kitchen. With this one, it was Chad and Jared. Since they were six or seven years old, this was the game they were going to make when they grew up.

GamesBeat: Did you discover that this is a kind of subculture? That lots of other people felt that way? That was something I didn’t realize.

Moldenhauer: That surprised us, yeah. Like I was saying earlier, we never thought  — I’m talking, we thought lifetime sales would be a fraction of where we’re at now. We thought this was just not where the world is right now. People want to play modern games and the ‘80s are dead. We thought there was just this small niche group of people that we would capture, and we were fine with that. There was no other option. Obviously this subculture that’s now been formed, these fans and these people putting videos up of playing and completing with A+ scores.

Moldenhauer: Oh, yeah, that was always a dream, that we’d love to watch somebody speed run it. When that happened so quickly we were like, “Yes!”

GamesBeat: There are these lightning strikes that all seem to have happened together. You discovered that group. Everybody liked the retro art style, the 1930s inspiration.

Moldenhauer: It was just a perfect storm. A lot of things clicked for people. 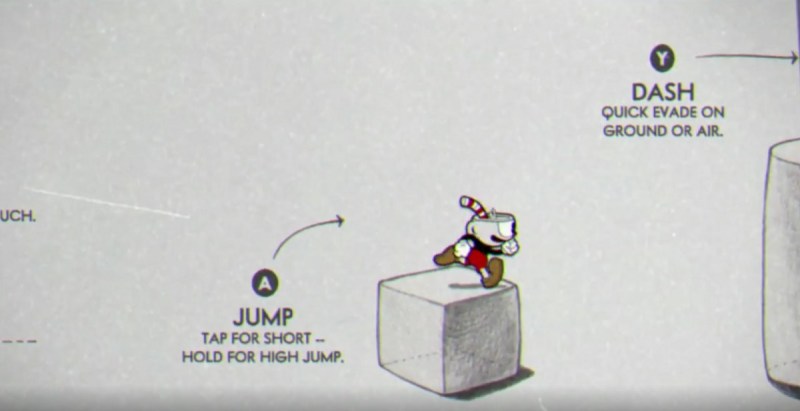 GamesBeat: Are you talking about how much it’s sold so far?

Moldenhauer: I think publicly we announced double platinum, 2 million sales. That was December 1. It’s following a bell curve in terms of sales. It’s slowed down, for sure. But we’ll likely announce our next milestone. I’ll leave that as a mystery for now.

GamesBeat: What does that enable for you guys? What future are you looking toward?

Moldenhauer: We get to keep doing this and we’re going to do it for a very long time. That’s singlehandedly been the best news ever. I was laughing with my girlfriend, because I had just bought a new car. She says, “Oh, look at you, a fancy new car.” Thank God my old hunk of junk lasted until now, though. Everything was hanging by a thread. Our fridge died last week. Both of our cars died just in the nick of time.

That’s nice to have, but this sounds so hokey and cliché, and you’re going to think, “Yeah, sure,” but the ability to continue doing this is really what counts. To keep these people employed that are on our team. That’s the best news ever. That’s what’s really driving this.

Moldenhauer: It could be a blend of both. [laughs] We haven’t formally come out with what we’re working on right now. But I think it’ll be a blend of both worlds. It will serve our current fans, and I also believe it’s going to help elicit some new ones, hopefully.