GamesBeat: What are some pieces of advice you’d have for others following in your footsteps?

Moldenhauer: The key things that worked for us — we’ve touched on them a bit in this conversation. Know what you want and stick to it, but make sure you have a clear vision before you stick to your guns and don’t seek outside opinion, things like that. If you’re not 100 percent positive, it’s worth talking to the experts, talking to colleagues, growing that body of knowledge for yourself before you go off and decide what you’re going to do and how you’re going to do it.

We were lucky enough to have experience with games, playing them our entire lives, so that we knew exactly what we wanted. We stuck to our guns. But don’t jump into the deep end. Don’t quit your job and mortgage your house in one day. [laughs] I made sure that I had the connections to go back to the bank if this didn’t work out. I would be able to secure a job within a couple of weeks. If it didn’t work out we’d start back from the beginning. That’s not the end of the world. We’re young and we’d be able to get back there.

GamesBeat: You had a safety net.

GamesBeat: I’d like to see gamer culture change in those ways.

GamesBeat: If you step too far into opposing that you just become a target.

Moldenhauer: Exactly. Be kind. That’s my last one, in general. Nothing is that serious.

GamesBeat: There’s a certain amount of attitude that’s maybe okay to have while you’re playing games. It sounds like the brothers were into that themselves. “I can beat you,” that sort of thing. I thought the interesting thing when I was actually playing for a longer period of time — that moment to moment touch on the stick was so important. It seemed like every round of the same boss could be different. You couldn’t just robotically beat something.

Moldenhauer: Exactly. That was intentional. You’re not going to get it on the first round.

GamesBeat: If you reacted at the right moment, every moment, you’d get through. I finally got to appreciate the skill involved in the game when I really tried.

Moldenhauer: Here’s the thing that makes me mad. I don’t want to harp on this, but that whole situation — how many games had you played that day? Probably 10 or so? You’re unfocused. You’re on this tiny little chair. You’re not in your own space. That’s not a good test of things like that. I’m glad to hear that.

GamesBeat: Still, I was sad that I couldn’t beat it.

Moldenhauer: Don’t say that like it isn’t over. [laughs] You still can! You’ve got lots of time. But that was all purely intentional. If somebody beat it on the first crack we didn’t do our job. We intentionally made it so you have to get a little farther every time. You’re never going to make these big leaps. If you can you’re either a prodigy and we didn’t do our job as we had intended.

GamesBeat: It’s so rare to have a game like this. Call of Duty, I can learn that in the course of six weeks or so and get through. At this point I’m 80-ish levels in, and I feel like I’ve mastered it enough. But this is not a game where that automatically happens. You’re not guaranteed to progress just by putting time in. You have to get in touch with your body, your fingers.

Moldenhauer: Exactly. That’s so cool hear that, because that was what we intended. 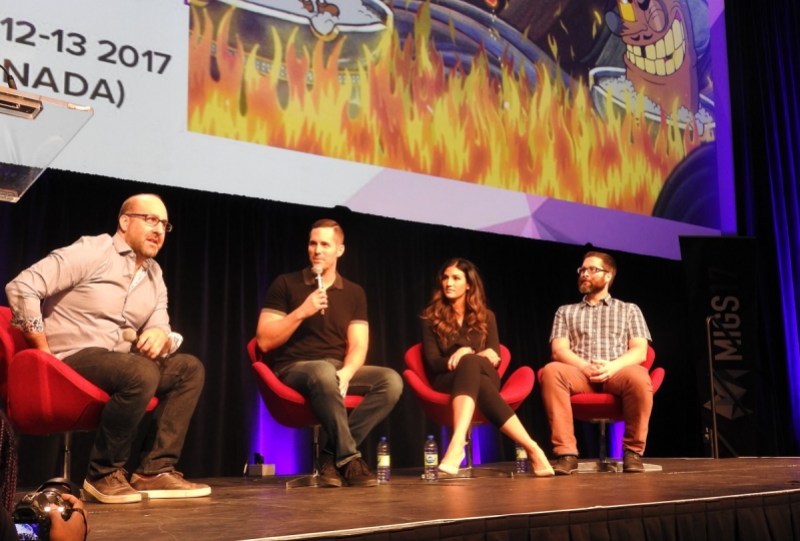 GamesBeat: If you focus on that as your thing, I feel like you’ll be successful.

Moldenhauer: 100 percent. That’s it. That’s the kind of game they want to continue to making. They’re not always going to be the boss rush, not always going to be a platformer. There are different branches in our foreseeable future. But that difficulty level, having to play it to learn it and not just memorize things — that was a great analogy. You have to feel it with your body. You really do.

GamesBeat: Did you find some insights by watching people play it?

Moldenhauer: We were a bit selective in terms of who we playtested with. We didn’t want to waste our time with somebody we knew would say, “Well, I hate this kind of game.” We playtested it with a lot of the guys and girls that Chad and Jared grew up with, that played the same kind of games that influenced this one. They could appreciate it and give insight in terms of, “Oh, do you remember when Street Fighter would…?” Give insight that was valuable to us.

At the same time, we did listen to Microsoft’s QA and Illogika’s QA. “This isn’t really working. That’s not really working.” But in terms of material changes to how the game functions, that kind of rolled off our shoulders. “That’s an interesting perspective, but we’re going to keep going down our path.”

GamesBeat: It sounds like their biggest nightmare might be if the consoles ever got rid of controllers with analog sticks.

Moldenhauer: That would be, absolutely. 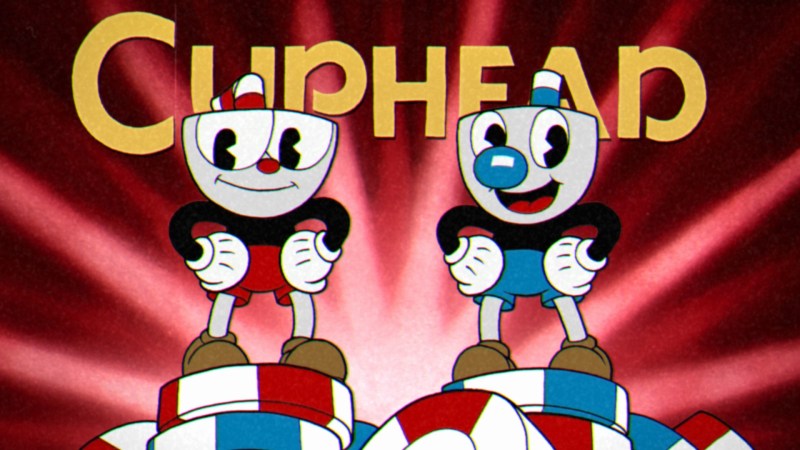 Moldenhauer: No! You can’t play a game with a touch screen. It’s like that one director — I can’t remember his name – but there’s this video of somebody watching a movie on their phone, and he’s like, “You can’t watch a movie on your phone!” We’re the same way about controllers, for sure.

GamesBeat: I imagine you’ve gotten to meet a lot of the stars of the industry.

Moldenhauer: Oh, yeah. I’m a bit star-struck a lot of the time. These people are legends, right? They made games we look up to. That’s been really cool, forming relationships where—for example, there’s one very close to home. Capybara Games, Nathan Vella, when we were just starting out and going through this, we would always look up to them. Or Behemoth. And then you meet them and they say, “Your game’s so cool!” Am I on a hidden camera or something? That’s been really neat.

Just being at places like this, meeting people who are in the same industry, we don’t get a lot of that in Oakville, Ontario, Canada. I pick up at my kids’ school and all the other moms and dads ask, “Oh, what do you do for a living?” I tell them and they say “Oh” politely and walk away.