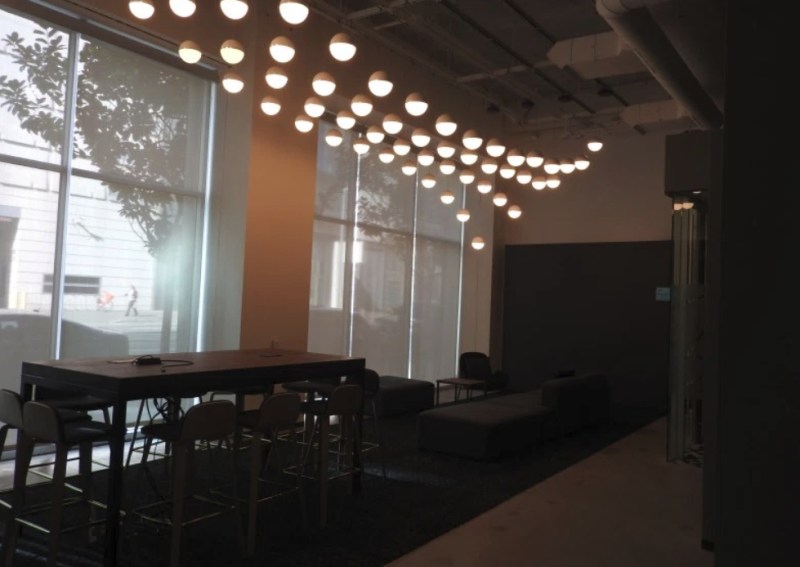 Above: Glu has a lot of gathering spaces in its wide-open HQ in San Francisco.

Earl: By definition, yeah. I was there for the launch of Contest of Champions, and that was the most defining game in the history of the company. What I learned from Kevin and that group was their ability to dissect what drives LTV. In our business, it’s all about the multiple of LTV to CPI. You can have a low CPI and a relatively low LTV, and if you have cash you can make a business out of it. If you have high CPI but high LTV, like MZ, you can pile up cash and make a business out of it. And everywhere in between. But when they invert, there is no there.

What I learned at Kabam — when I got there we were just starting this kind of journey – was a deep dive into the machinery of LTV, the anatomical level of LTV. We studied it and had a ton of data from all the games that Mike was doing in China. We figured out what were the three main components of LTV. That, to me, was my MBA. I feel like I went to undergrad when I was running EA Mobile, but I went to business school at Kabam.

Earl: So different. Culturally, the methodology, from a large portfolio to just basically one thing—the deconstruction of LTV was never understood at EA. EA’s not a handset company in any way. They’re just not mobile.

GamesBeat: I remember when EA went from 900 games down to 40? 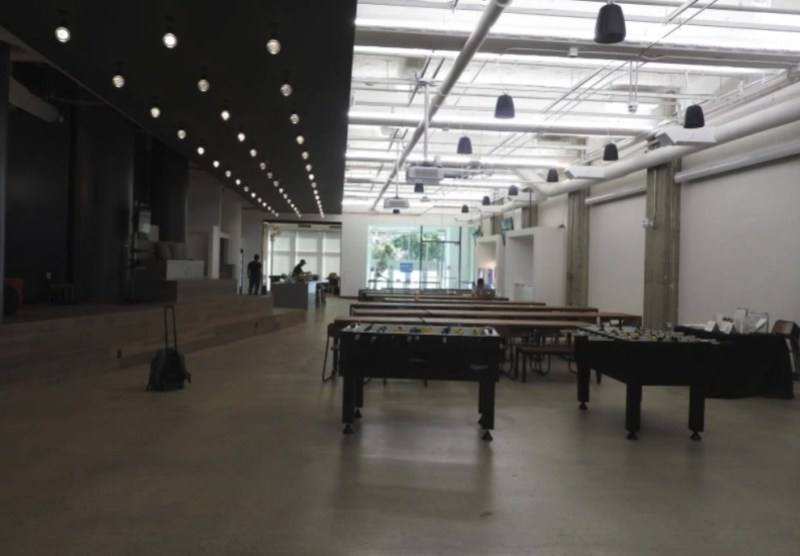 Above: The main eating area and company meeting gathering space at Glu.

Earl: Frank and I, we had to cut back the whole games label. We went from 90 launches a year to something like 18 as a company over that two-year period. That fewer-bigger-better is another thing I’ve adopted here. This, to me, is the greatest hits of my career — things from Kabam, from EA, from all the other companies I’ve been associated with or know about. Things I feel have worked out.

Working with Chris and Eric, we try to match it best to this culture. But the one thing this company was screaming for is the ability to go and pursue the areas of passion. Having creative freedom to go and deliver on the dream that the team has. As opposed to being a command and control, the guy in the corner office decides what this studio is going to do. These guys do the card game and those guys do the sports game. That just doesn’t work.

GamesBeat: I always thought Glu had some interesting advantages over folks like Supercell or King or MZ in that they had that portfolio opportunity. Portfolios make sense in so much of the rest of the game business. I’m not sure why, in mobile, it hasn’t come to dominate.

Earl: You have to be at one end or the other. Either have a portfolio and have infrastructure to support great user acquisition, targeted acquisition, business intelligence, advertising—you have that whole publishing side. Or you have to be the extreme opposite and work out of your kitchen and do one game with very targeted UA via Facebook. With a very low-overhead approach you can make money and build that way.

The guys in the middle are the ones — like Crowdstar. Crowdstar was just not working until they joined us, joined a bigger system. Then they leveraged all of Chris’s organization. Chris runs all the revenue side, BI and UA and advertising. They didn’t have any of that. They were great at building product, but they didn’t have the other side. A lot of the medium-sized companies have a couple of products, but they don’t have the scale to have that central component. That’s what we’ve been able to add.

We love being a portfolio. We have games that appeal to men, women, teenagers, people in their twilight years. 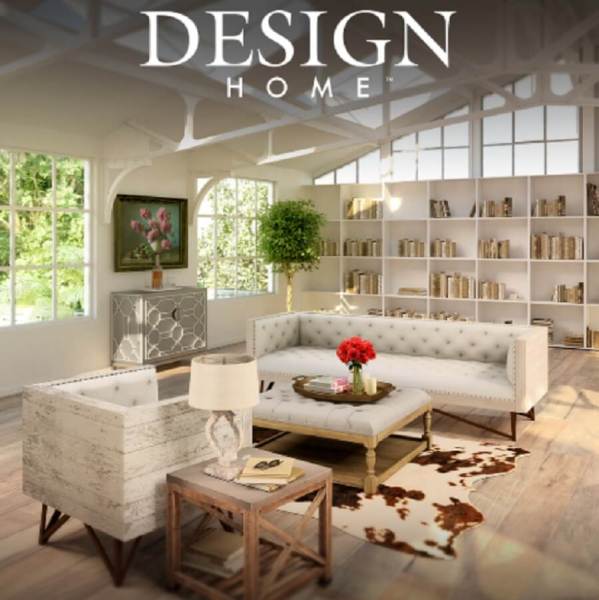 Earl: The ones that have really broken out — Design Home, Covet, baseball, we think WWE will join that – those are the ones we really just get behind and drive them. If Disney’s a legit hit and WWE’s a legit hit, we’ll really get behind those. Maybe those will pull away from the pack and we’ll start to separate the smaller ones and move those to Hyderabad, look for a better low-cost solution. But I love the portfolio. It’s great for right now. Maybe one day in the future we’ll just be doing one or two or three things, but that’s far off, if that happens.

GamesBeat: It strikes me as an interesting period, where the Zyngas and EAs and Disneys are not the biggest companies in mobile games. It’s these very strange anomalies like Supercell or King. MZ, maybe not anymore?

Earl: They’ve fallen off. They’ve kind of lost their way, for whatever reason. For a while, absolutely. My theory is that only a few companies have figured out how to build LTV. MZ absolutely did. Supercell knows how to do that. King has a game where they’ve really uplifted their LTV, which explains — along with an incredibly high DAU — why their revenues keep going up. Kabam had it. I think we’re just now getting to it in pockets. We’re starting to distill that around the entire company, which is why we’re all trying to be under one roof, so we can learn more and faster.

But EA doesn’t have that LTV deconstruction knowledge. Zynga, I think — if they have it, it’s in pockets. They haven’t figured out how to build it across the company. I hope they do, because I want Zynga to do well. I want the sector to do better. Zynga and Glu are the only two western public pure mobile companies anymore. We root for each other. Obviously I worked with Frank forever. But that’s my read.

GamesBeat: I generally root for this area, too. I want San Francisco to be the big place for games. I’ve had some worries about that over time, as different companies become successful elsewhere in the world. 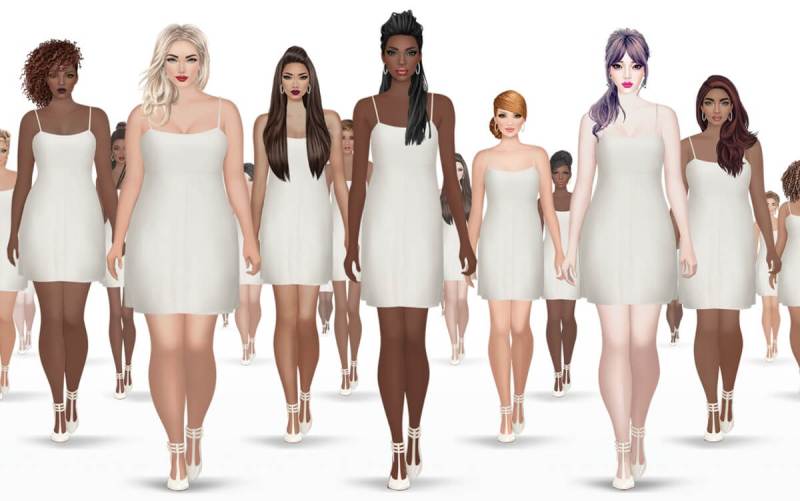 Above: Covet Fashion has introduced more than 50 different types of female body types for its fashion app.

Earl: Yeah, you want the epicenter here. I could not agree more. That’s why, hopefully, Zynga and Glu — we can complete our turnarounds and come back strong. We’re both trying to figure out how you take this fragile business model of in-app purchases, these million raindrops you’re trying to catch every day, and reform that into an annuity. Investors hate the raindrops, but they love that firehose annuity that you can count on every month or quarter or year.

We’re in the process of figuring out how we can normalize and formalize those million purchases we get every day that are really precarious, if you look at each individual one, but collectively create this very predictable, sustainable revenue. As we’ve figured out the cost side of the business, now we’re profitable at probably $280 million, which was not the case just recently. Now we can create a healthy business and use that to drive the stock price, which drives currency, plus our cash position and our lack of debt gives us a nice balance sheet to be able to continue doing what we’re doing, as well as acquiring other small groups like Crowdstar. That’s generally the picture of what we’re trying to do here.

We had a great opportunity. There were some incredibly strong components of Glu. It just wasn’t being put together in the right way. The management team has come together in the last year to find a great strategy. More important, we’ve created the cultural underpinnings of a successful, enduring company by adopting a set of values that ring true in the way we operate, creating a purpose for the company in how we enrich the lives of the people here. People have rallied around that. You get that extra energy.

That’s been the story of 2017. It was a good year fiscally, but I’m most proud of the cultural change. That sets us up for the long term.