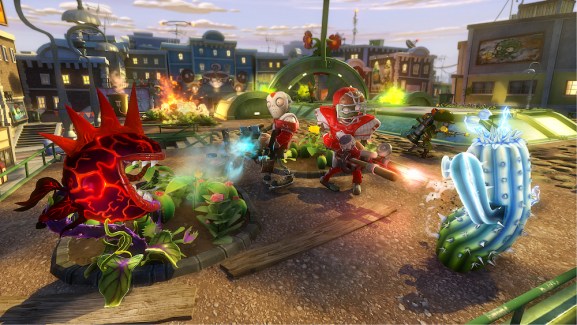 Electronic Arts is hiring for a general manager in its Shanghai office to create a new Plants vs. Zombies mobile game.

The Redwood City, California-based game publisher posted an ad in China saying the PopCap Shanghai game studio is looking for a “game general manager” to “manage the development team for a new Plants vs. Zombies mobile game.” EA hasn’t announced any such game yet, so it seems like it’s early in the process.

Plants vs. Zombies has proven to be a resilient franchise ever since it debuted on the PC as a tower defense game (where you defend your base from waves of invading foes) in 2009. EA, which acquired PopCap Games in 2011 for $750 million, has been busy taking PvZ into the shooter world with the Garden Warfare series, and in 2016, it launched Plants vs. Zombies Heroes, a turn-based mobile game.

EA had no comment. The potential is certainly big for this kind of game. EA reported back in 2013 that Plants vs. Zombies 2 was downloaded 25 million times after just two weeks on the market on iOS in 2013.