GamesBeat: How would you describe this kind of AI storytelling?

Faliszek: I want to make a good game. I want to make a game that embraces what I think is special about narrative in games. That’s not just the interactivity, but also the agency. The best way to express that that I can find is to use AI to help us expand out how we do that. I’ve no interest in proving AI theory. I’ve no interest in proving AI in any way. I have an interest in making a good game. It just happens to be a tool to do that in our eyes, so we’re using it for that function.

GamesBeat: How does it help?

Faliszek: In traditional stories you have to — if you’re making side missions or quests or something, ignoring art and animation for a minute and just talking about player progression, you normally get a writer and a designer together. You plan out the route for the player. You then write the lines, record the lines. You cut some lines. You hook them up in the game. You start testing them. You’re kind of locked in early on, because there’s all this other stuff being built around that idea.

I once wrote the line, “Go pick up that thing over there.” Because in the process of when we needed to write those lines, it was so early, but yet late, we knew we wanted you to pick something up, but we didn’t know what it was or where it was. It trapped you. That kind of making a game is making this linear set of content flow. We want to make systems of content so we aren’t writing every single line. We aren’t crafting every experience. Instead, the player’s interactions are generating those.

GamesBeat: Emergent storytelling, in a way?

Faliszek: Emergent storytelling is already kind of defined, and it’s not quite that. I’m hesitant to use loaded words that have baggage already. Not negative baggage, but just meaning that people already assume. I tend to use the word “story.” Then people over-index into that. They think we’re making a TWINE game, or even a traditional, “Here’s action, and then story, and then some more action.” We’re saying that you need to meld those two together. The story and the action need to be the same. That’s how you tell the story. Those are linked. Then you have to give the player agency inside of that to do the things they want to do.

GamesBeat: And so your side quest is generated automatically?

Faliszek: One way to think about it is, there’s the world, and it’s a living world. The AIs in the world are doing their thing, regardless of you. When you go into that world and do your thing and interact with them, some of those interactions will cause the opportunity for story to exist. There are really simple ones. I use the example of, you can steal a faction’s supplies. An hour later, when you see that faction coming over the hill to attack you, you know what’s going on. You know you’re fighting those guys. There’s no NPC needed to say, “In this mission you’re going to have to defend your base.” You just know that’s what you have to do.

But then we can get a little more complex if we start expanding the number of verbs we use. Let’s say you want to have something like — there’s an NPC that says, “Hey, I want to build a gun.” Every day you hand them a part for their gun and they give you some money. Now you have a relationship with them. You understand this relationship. You’re not best friends, but it’s mutually beneficial. At the end of that, they assemble their gun and start shooting at you. All of a sudden, that’s not a random NPC shooting at you. That’s someone who betrayed you. Your reaction to that and your interaction in that combat is different. It’s a heightened emotion.

Some of it is trying to do that in a more complicated way, by having a bigger set of verbs. The other way to attack it is by having large problems for players to solve. You don’t establish a relationship if you just walk into a room and a guy shoots you or you shoot him. You establish a relationship by having an ongoing interaction with an NPC. That’s why we try to make big problems for players to solve, so they have a longer engagement. Then we can do things like betrayal. If you’ve helped somebody for a week of game time and then they turn on you and you understand why they’re turning on you, right? It’s not some random thing. You understand it. But you’re still going to be angry. You’ll buy in through that. 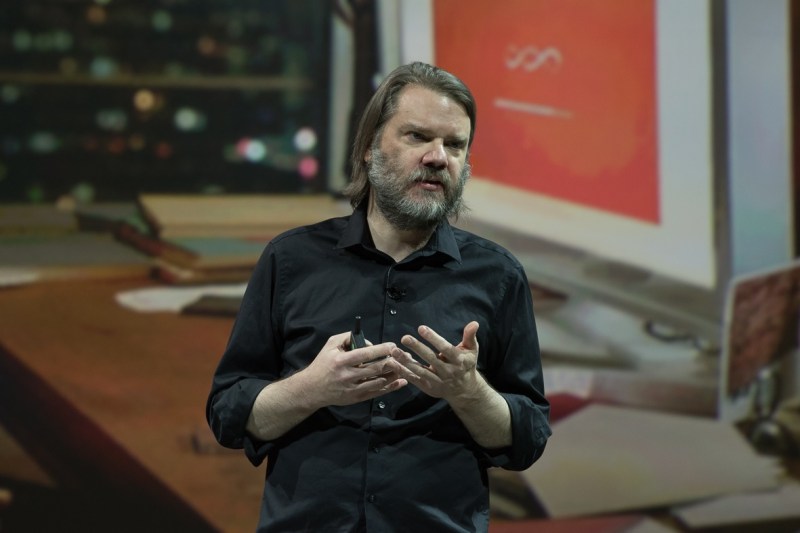 GamesBeat: What is the scope of the project like? Has there been a team assembled?

Faliszek: We’ve been building a team in London. That’ll continue to grow through the year. We’re not announcing dates or anything yet. I’m still in Seattle, though. There are risks to that, for sure. But in another way it’s also helpful. Our development process is about empowering the team and empowering the individuals on the team. One of the ways it keeps me honest is, they have to be empowered. I can’t be there. They’re smart. They know what to do. It’s giving them freedom.

If you join our team, I send you a little email that explains how we’re working. “You have a lot of autonomy. You’re making the game. I’m not the head designer. We’re all doing this together. I’m just the guy who keeps it all together.”

GamesBeat: Does this have to do with anything related to Improbable? They’re enabling big worlds, you’re populating big worlds with stories.

Faliszek: No. With Bossa they’re doing Worlds Adrift, which is using that. I love Herman and the guys, but for this game it’s about four-player co-op. There’s not a lot of players. It’s about having agency and impact on your world. If you expand that with too many people in the world, you don’t know why the world is changing. We want to make sure that you do know, so we make it smaller in that way.

GamesBeat: Conceivably you could take this thinking to other kinds of games, though?

Faliszek: Correct. The idea we’re trying to work on, we’re being open and sharing about it, so it may be applicable or usable in a broader sense. We’ll see. Before we get to any of that we have to concentrate on making a good game. That’s the number one focus. After that, there’s a lot of opportunity.

GamesBeat: With AI, was there something about it that convinced you that now is the time?

Faliszek: A lot of the stuff I did in VR was helpful. I got to see a lot of interesting things. I got to see an emerging tech as it was emerging, knowing that back at Valve we had a room with a really high-end version of this tech. Out in the world people were thinking of where they are in that. Knowing that they either didn’t understand their problems or did understand them and seeing how that evolved was really interesting to me.

I started looking at AI and seeing a bunch of broken tools, but some of these were broken in a way where I understood where they were going to go. I understood how they were going to be able to pull this together. And then seeing some of the other advances that are happening — you have to be honest about where it is. In conversational or narrative AI, it’s not at alpha build level. It’s not at some of the crazy stuff you see out of Deep Mind. When people think about AI they often think of something like Alexa and Siri. That’s not actually AI. That’s people in the back room entering a bunch of data and then really good search tools for the input of your speech.

We’re not there on those tools. But I can see them coalescing. I can see, hopefully, that if we have this pressure on it, to want to go do this, and come to shows like this and express what we’re trying to do, and have people come up and say, “Oh, we tried to do that too, here’s where we ran into problems, we should talk about this more,” we can get enough people together to decide this is a problem to attack and go after. 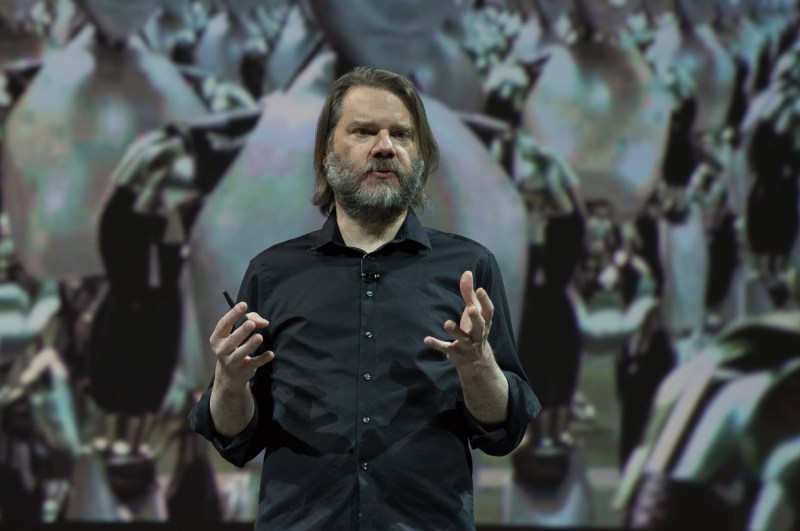 GamesBeat: What is relevant in terms of learning and neural networks, as opposed to that kind of pre-programmed solution? Do you feel that the learning side of it matters for what you’re trying to do?

Faliszek: We think it’s one part of the system. There are multiple layers to the system and we think that’s one part of it, because one part of it needs to keep looking at what’s happening. We want to avoid—any time you give players something, they’re smart. They learn to min-max super quick and hard. If it’s adjusting to them and challenging them, they’ll ruin their own fun to maximize what they get out. And so part of it needs to make sure we’re addressing that. That’s one way to do it.