FoxNext, a division of 21st Century Fox Holdings, is spreading out its bets in games. And it is showing that with the announcement of Crisis on the Planet of the Apes VR, the first virtual reality game from the new FoxNext VR Studio.

The game will debut on April 3 on the PlayStation VR, Oculus Rift, and HTC Vive virtual reality headsets.

FoxNext is probing into the parts of games where it won’t encounter the biggest competition. So for now, that means it is focusing on PC, mobile, and now VR games as it makes a bigger strategic investment in the game business. And it is also leveraging the film and TV properties of its sister companies, as with the Planet of the Apes title.

The division recently announced it would make a mobile game based on The X-Files, another Fox property, to take advantage of what has become a $50 billion mobile game business (according to market researcher Newzoo). FoxNext Games jumpstarted its games business last year, but it has worked with game industry publishers and developers in the past to create games based on Fox properties such as Alien Isolation, The Simpsons Tapped Out, Family Guy: The Quest For Stuff, and Futurama: Game of Drones. 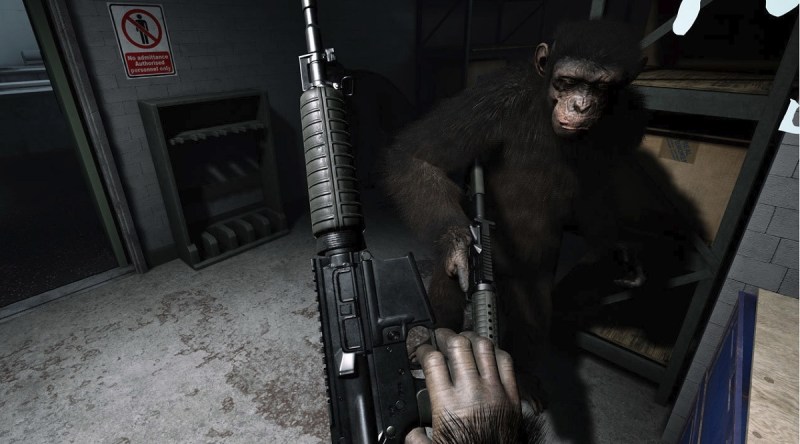 Above: As an ape, you take up arms against humans in Crisis of the Planet of the Apes.

You play as an intelligent ape, about five years after the outbreak of the Simian Flu wiped out about half of humanity and left other primates evolved.

Now at the crossroads of two species’ destinies, you are an ape with advanced intelligence, captured and held prisoner in a heavily guarded scientific facility as mankind desperately searches for a cure. Your mission: Climb, jump and shoot through the chaos of a violent new world to escape with your fellow apes and return home to Caesar, the ruling ape.

“VR has always held the promise of bringing together the cinematic storytelling of film and the deeply immersive interactivity of games. Crisis on the Planet of the Apes VR takes this potential to the next level,” said Brendan Handler, senior vice president and general manager of the FoxNext VR Studio, in a statement. “We set out to give the fan a lead role in this dark Planet of the Apes world — to feel the ape’s strength, power and movement as he fights his way to safety.” 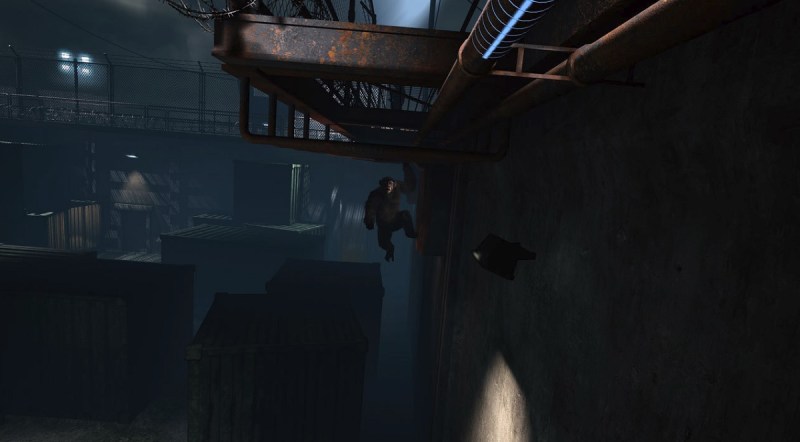 Above: Monkeying around in VR.

From a primate’s perspective, the player becomes part of the story, captured and forced into deadly conflict with humans, fighting for their lives as they attempt to escape captivity. Players can expect to band together with other captive apes, confront human violence and channel primate instincts to survive.

“The Apes franchise supplies the perfect opportunity for players to become part of an apocalyptic world from the perspective of a different species for the first time ever,” Martin Alltimes, CEO of Imaginati Studios. “We wanted to balance visceral combat with a plot-driven narrative that leaves you questioning your innate allegiance to humanity.”