Blizzard Entertainment revealed changes coming to its hit digital card game Hearthstone with the launch of the next annual Standard cycle, the Year of the Raven. The Year of the Raven will launch when the next, unannounced expansion comes out.

These cycles give Blizzard a chance to freshen up the leader of the $1 billion-plus digital card game market. Three older expansions — Whispers of the Old Gods, One Night in Karazhan, and Mean Streets of Gadgetzan — will rotate out of Hearthstone’s most popular Standard mode and into the Wild format, where all cards are eligible. Three new expansions will come out during the Year of the Raven. Blizzard has released a roadmap, which you can see below, that teases the new sets. Expansions drive sales of new cards, and the first one of the year, along with the Standard rotation, brings the greatest amount of change and excitement to the game. 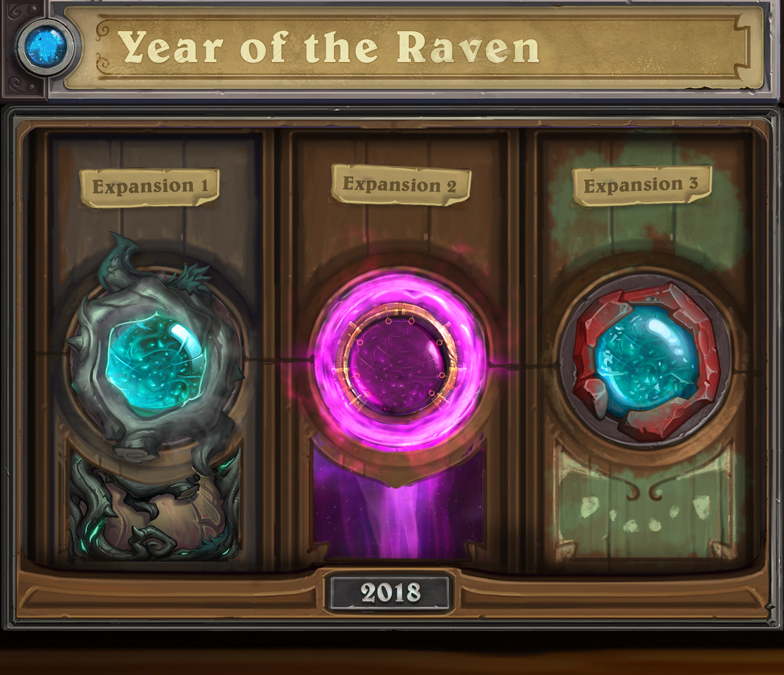 Above: Look at those hints.

“The period post-rotation is always kind of the most fun time for the meta, I think,” Hearthstone boss Ben Brode noted Monday in a press briefing on the Year of the Raven. The rotation kicks old deck archetypes out, which helps make room for new strategies and card lineups.

Aside from the rotation, Blizzard said it’s also moving cards from Hearthstone’s evergreen sets, Classic and Basic, into Wild by putting them into the Hall of Fame category. This year, Mage’s Ice Block and the Neutral card Coldlight Oracle are going to the Hall of Fame. Molten Giant, which is going to have a previous balance change (aka nerf, when you take a strong card and make it weaker) reverted, is also going to go into the Hall of Fame.

This is much more conservative effort than last year, when Blizzard moved six cards to the Hall of the Fame. This year we’re only seeing three enter the Hall, and only two appear with any regularity in Standard. The Molten Giant change is more about bringing back a popular card and deck that died when Blizzard increased the card’s cost by 5 mana. 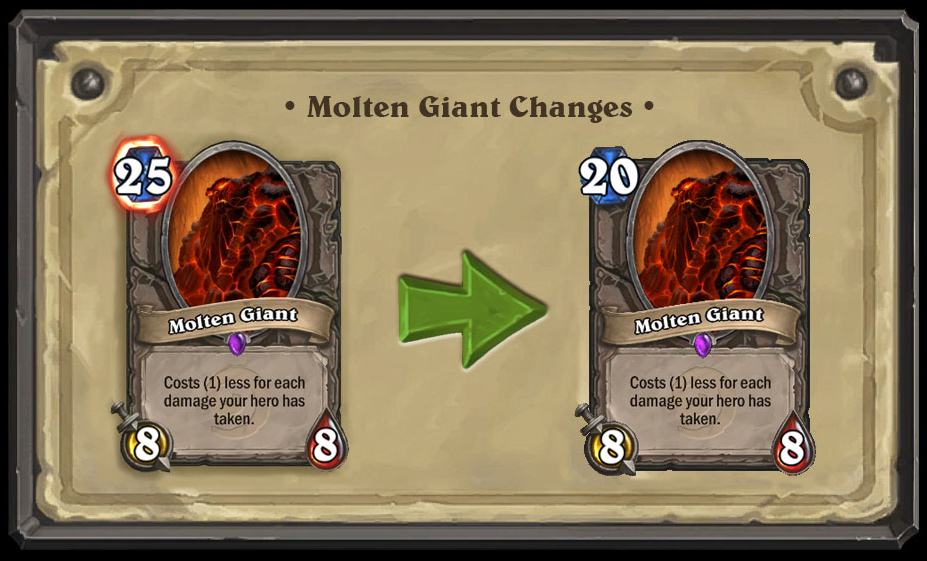 Above: Molten Giant is going back to his old mana cost.

Year of the Raven is also bringing changes to Hearthstone’s daily quests, which award players with gold, an in-game currency they can use to buy packs of cards (100 gold each) or runs in the Arena draft mode (150 gold each). All quests are going to chop down their requirements, giving players what Blizzard sees as an easier way to accomplish these daily tasks. For example, a quest that currently requires you to play 50 class cards to complete will require 40 class cards instead. Another quest that requires three wins in any mode will require two victories instead. Some quests will also give out more gold; the 40 gold tasks will give out 50 instead. In total, Blizzard is hoping that players can earn about half a pack a day by completing their daily quests.

That effort answers some complaints from players that Hearthstone, despite being free-to-play, has become too expensive as it introduces more cards per year with three expansions instead of two expansions and a 45-card adventure. Giving players more gold a day helps people earn cards without having to spend real money.

Blizzard will also start testing in-game tournament features sometime in the next few months. Now players can create their own brackets with friends without having to depend outside organization tools. Fans have been requesting this feature since the game launched, so this should be welcomed news in the community. Blizzard plans to gather feedback on tournaments before launching it officially.

A new alternate Hero portrait will be available for all players. These are just cosmetic, changing the art and voice lines for one of Hearthstone’s nine classes. Lunara will be the Druid class’s first alternate Hero, and any player can unlock her just winning 10 Standard games once the Year of the Raven starts.