All test subjects said they found using the controller a far more realistic interface for VR than standard teleporting. 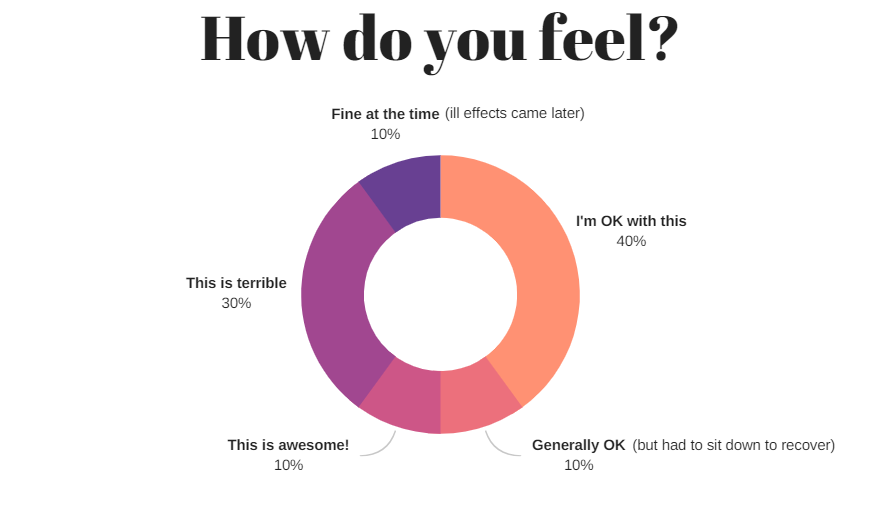 When the experiment was completed, we asked each participant how using the input system made them feel: 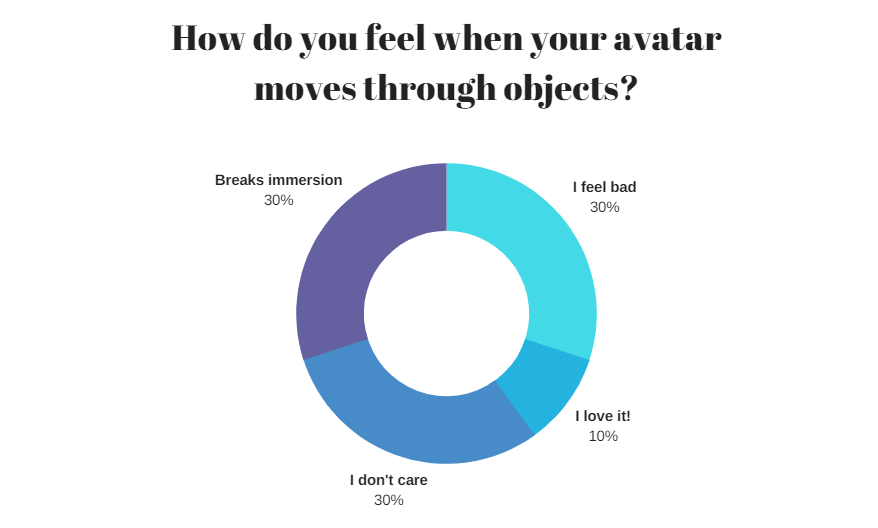 Above: Fig 2. How do you feel when moving through virtual objects?

We’d found little research that studied what happens when you collide or pass through virtual objects. In teleportation-based games and simulations, it isn’t possible. So in this demo you were able, and encouraged, to “run” at speed, crossing right through objects of all sizes.

On the whole, this is an unpleasant experience. The disconnect between the sight and proprioceptors feedback is quite strong, and in some cases it can cause temporary paralysis, give you shakes, or, with one test subject, caused extreme and instant unease.

Also it’s a weird feeling to hit something but feel no impact, due to the lack of haptic feedback.

Reactions to walk/running through virtual objects: 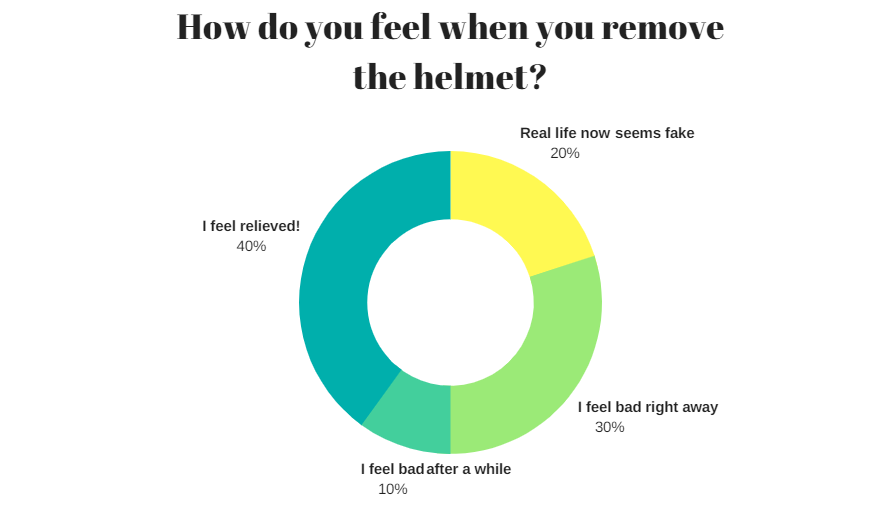 Above: Fig 3. How do you feel when you take off the headset after this demo?

After using the system – which demanded some physical activity – we wanted to know how it felt to remove the headset.

Can we limit the effects?

Considering the similarities between motion sickness and VR sickness, it is possible that sea- or car-sickness pills, or sucking a ginger sweet (ginger root contains the same chemical component used in tablets and medicines), may have a calming effect on VR sickness.

The U.S. military developed a system that electro-stimulates the vestibular system to counter the motion of the VR simulation. Reportedly this tricks the brain sufficiently well that even combat pilots using the most advanced and roughest of flight simulations experience no motion sickness at all. This could also work with VR sickness, but it is a bit extreme for commercial, training or consumer applications.

Finally, introducing a fixed point of reference within the VR view may reduce the incidence of VR sickness, by diminishing issues with the vestibular system. For example, researchers at Purdue University, USA, recommend using a virtual nose mid-bottom screen as a constant reference point.

Our experimental group was only a small one, but it’s big enough to show there were too many issues for too many of the test group for this input system to appeal to a mass audience. This is a shame because all test subjects found immersion and experience with our new input system and the HTC Vive controllers superior to teleportation.

It is also important to note that the reasons why VR causes sickness, and the physical and psychological impacts it has on participants, are more complex and varied than many would have you believe.