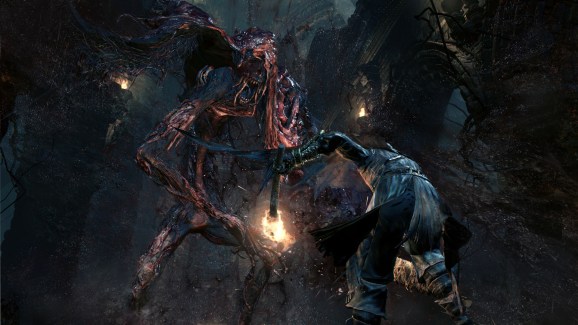 The blood starved beast is a creature that would thrive in Silent Hill just as much as it does in Yharnam.

But for now, PS Plus members can look forward to getting two of PlayStation 4’s best exclusives in March.

Bloodborne is an action role-playing game by FromSoftware, the studio behind the Dark Souls franchise. It features similar gameplay with a more gothic setting. Bloodbourne is one of the PlayStation 4’s most celebrated exclusives.

This is a remake of the original Ratchet & Clank, featuring the familiar 3D platforming and shooting gameplay with updated levels and stunning graphics. This is a great game to play if you want to show off the PlayStation 4’s improved hardware.

This is a 2D action-platformer inspired by the classic Mega Man series. Mighty No. 9 was a disappointment with its ugly graphics and clunky levels, but now curious gamers with PS Plus can check it.

Claire is a 2D horror game, which is something of a novelty. It’s an indie title from Hailstorm Games and could be worth checking out if you’re looking for something unique.

Bombing Busters is a Bomberman clone. It’s not super-interesting or creative, but if you like Bomberman … well, here it is.

Legend of Kay is a 3D action-platformer that came out for the PlayStation 2 in 2015. This PlayStation 3 version followed 10 years later in 2015.