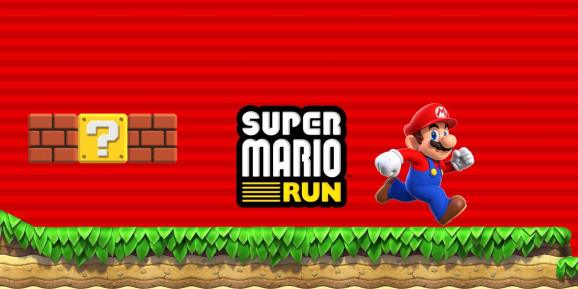 Super Mario Run is huge in a way that changes how we think about data.

Making a video game is a hard endeavor even in the best of circumstances. Developers have to anticipate an audience’s desires years in advance, determine the best way to monetize their creation, and execute on a vision amid a cascading series of strict deadlines. And with so many new gaming formats becoming part of the gaming landscape, such as mobile, AR/VR, esports, and streaming, developers also have to consider the type of game they want to make.

It will never be an easy job, but it doesn’t have to be quite as hard as it is today. Market research has become a critical part of the design process in recent years. And there are more data streams than ever feeding into that research pool. Too few game makers are taking full advantage of the information that’s available to them –and even those that do generally focus solely on the success of a single title, rather than an entire brand.

This is partly because, for years, market research was limited to assembling player focus groups and siloed product data.

Where the problems are

User feedback is problematic because people’s stated opinions don’t always match up to objective facts or their behavior. Take Super Mario Run. When it launched in December 2016, it had over 50 percent negative (1 and 2 star) reviews. By that metric, it was a failure and you might predict poor sales, but it was downloaded over 200 million times! 12 years ago (before mobile games as we know them) those negative reviews might have tanked the whole project, but here we are, a little more than a year after launch, and Super Mario Run is still in the top games charts.

An additional factor for non-data-driven production is likely that studios and publishers  had limited product data to work with, and the data they did have, was siloed by teams dedicated to to build different parts of a game: level design, texture mapping, character animations, menu interactions, etc.

The success for each of these pieces was frequently measured independently with only a select few — if any — executives able to see the entire picture. This could lead to gaming experiences where one small issue, say with a menu load time, wound up stacked on top of another small issue where a certain enemy randomly generated too often. Looked at independently, each feature might be within their design specifications, with development teams giving the “green light” to move to production. But, when these issues are experienced together, players found themselves frustrated with constant, time-consuming  interruptions leading to a poor game experience, reviews and sales.

Either way it was a long and not a particularly data-driven process. But have no fear — instead, keep reading for some advice on how you can focus on utilizing the right data to increase success.

Taking a look back

By 2010, mobile gaming was impossible to ignore — and suddenly developers and publishers had a lot of concrete information to work with, including user reviews, engagement stats, download totals, and more. And because it cost substantially less to create mobile games than console titles, developers and publishers could rapidly deploy smaller games in short order. From there, they would monitor the feedback and find areas for improvement, then introduce new downloadable content that was tailored to the playing habits of customers.

You don’t have to look far for examples. Rovio’s Angry Birds made its debut in 2009 and quickly became a smash hit. Over the next four years, the game had 14 different versions and  got 3 billion downloads worldwide.

Other titles like: Clash of Clans, Candy Crush and Temple Run continued the agile, data-driven approach to game development, parsing user data and releasing new versions weekly, as well as new spin offs that were largely the same as the original, but tweaked enough to entice players to grab them.  Many can still be found on the top app charts today.

That new style of game making quickly proved to be a success. Mobile games became the fastest growing segment of the industry. In 2017, revenue from those titles hit or exceeded $40 billion. It was also the beginning of a more data-driven approach to development — one that would become essential for future, costlier development projects.

Hey, developers, use my data!

Delivery platforms have become invaluable partners for game makers, not only as storefronts but also as data providers. Steam, the leading digital distribution platform for PC games, offers players a number of options beyond its retail roots, including multiplayer gaming, video streaming and social networking services. In these offerings, as well as its storefront, Steam collects massive amounts of data, including Steam page traffic sources, visitor behavior, page visits and purchase information, that developers can analyze to develop the right games for the right audiences. Data from Steam, via APIs to the Steam platform, is sent daily, weekly or monthly to the game publisher. It’s not raw event-level data. Rather, it’s aggregated or summarized information that outlines trends, but doesn’t provide deep insights.

Developers are now trying to apply the lessons of online streaming to AR/VR. Gamemakers aren’t sure what kind of controller works best, or what kind of animation resonates with players. So while there’s no previous technology model to follow, there is a data-driven marketing model.

That model works with esports as well. Beyond capturing gameplay data points, competitive gaming has the added opportunity for measuring community engagement, via observer camera angles, team-chat, peer-to-peer betting and trading, and even fantasy teams. All these new interaction types supply data that can be used to improve the game experience and the viewing experience, and, ultimately, boost revenue.

The inclusion of game viewers is something new and potentially huge. Developers now not only have the opportunity to bring players into their brand, but also a large audience that didn’t download or purchase the game. It’s a situation where marketing models are even more critical.

Challenges with data and data aggregation

The challenge developers and publishers face, though, isn’t access to data, it’s access to the complete data picture. Creating a true brand experience doesn’t come from making standalone successful games, it requires getting players of one title to consider trying another they might normally not be aware of (or not normally be interested in playing). And that’s where data aggregation can really help.

Ninety percent of all of the world’s collective data (both inside and outside of the entertainment industry) was created in the last two years — with an additional 2.5 quintillion bytes generated each day. The sources continue to multiply. That’s means there’s a lot of information for developers to parse — and most of it gets lost. Creating a 360-degree view of each player and understanding their buying behavior across channels can increase long-term loyalty and maximize a company’s ROI.

How does that play in the real world? Consider this hypothetical: Plants vs. Zombies continues to be a phenomenally popular title on mobile and console. And between those two platforms, EA and PopCap Games have oodles of data to mine. But PvZ has grown into an industry, with plushies, action figures, books, board games and even slot machines. Those other categories can highlight, for example, which character in the game is popular or trending with players, That data can be used in determining where to focus DLC and expansion efforts and increase user engagement (which, in turn, makes them more likely to complete in-game purchases).

The same sort of data can be used with the Star Wars franchise, though as EA learned with the recent release of Star Wars Battlefront 2, it’s critical to not use the data in a way that is obviously meant to boost a title’s bottom line. Knowing the characters players love is one thing. Asking them to pay extra to access it is a riskier proposition.

Today’s game development studios, big and small, have access to more data about their customers than any creator ever has. But by failing to tie all of that information together, they’re making their jobs more difficult and sacrificing potential profits. Making confident, informed decisions in a timely manner requires a dynamic, scalable way to acquire and aggregate the fast-moving data streams. Companies that do so will find that the key to future success in the video game industry is having a firm grasp on the habits and preferences of their consumers, even if the consumers aren’t aware of those habits themselves. Those who ignore the opportunities that today’s data-rich environment presents do so at the risk of being left behind.