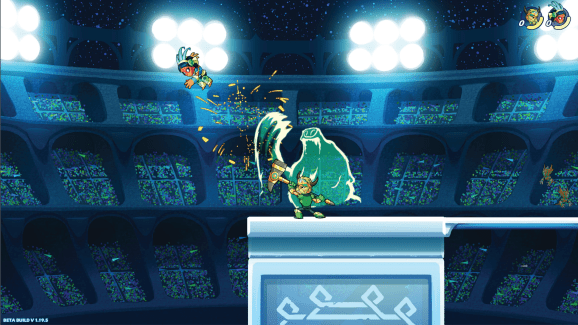 “The team at Blue Mammoth Games is expert at developing and running scalable, competitive, multiplayer online games, and they’ll be a great addition to Ubisoft’s network of studios,” Ubisoft NCSA president Laurent Detoc said in a statement.

Ubisoft has several successes in its online multiplayer titles like Rainbow Six Siege, which has attracted 25 million players. Overall, the developer’s Tom Clancy series has around 60 million players across different games in the franchise. And Blue Mammoth’s own multiplayer online indie game has picked up a fan base.

The free-to-play brawler Brawlhalla is one of the top 100 most played games on Steam. It supports online multiplayer, as well as up to eight players locally. It also has features such as single player mode and ranked battles. Blue Mammoth has been cultivating an esports scene for it, partnering with Dreamhack on hosting the Brawlhalla World Championship.

“We’re looking forward to leveraging Ubisoft’s expertise and resources to continue developing and supporting Brawlhalla for the long term, and to benefiting from their help in bringing the game to new players,” said Blue Mammoth founders Matthew Woomer and Lincoln Hamilton in a statement.

Ubisoft also recently snapped up mobile developer 1492 Studio, which specializes in episodic games like Is It Love?