With the launch of Coinbase Commerce, vendors now have additional options when it comes to monetizing their apps and games. In addition to all the usual payment solutions — such as PayPal, Apple Pay, Android Pay, and more — cryptocurrency now becomes a viable payment option for in-app purchases.

Today, Monetizr has announced that it has launched the first mobile gaming engine that is integrated with Coinbase Commerce, which means that its five million users can now pay for in-app purchases with any cryptocurrency that is supported by Coinbase.

It also means that users can buy real-world rewards through the platform too. While many in-app purchases only ever lead to the acquisition of virtual goods, Monetizr allows for the purchase of physical products, such as game-related merchandise. And if that wasn’t enough, the platform also provides for cross-device game saves and in-game currency synchronization.

“Monetizr has shipped products to more than 40 countries worldwide,” Martins Bratuskins, founder and COO at Monetizr, told me. “Through our manufacturing partners, who are located strategically around the world, we can ship directly to consumers quickly and cost effectively — anywhere in the world except for sanctioned countries.”

Central to the platform is the company’s blockchain-powered Game Reward Engine, which rewards gamers with MTZ tokens. Players can then use their MTZ tokens — which they earn by playing games and hitting in-game achievements — to purchase physical or virtual in-game products or to exchange to other cryptocurrencies. 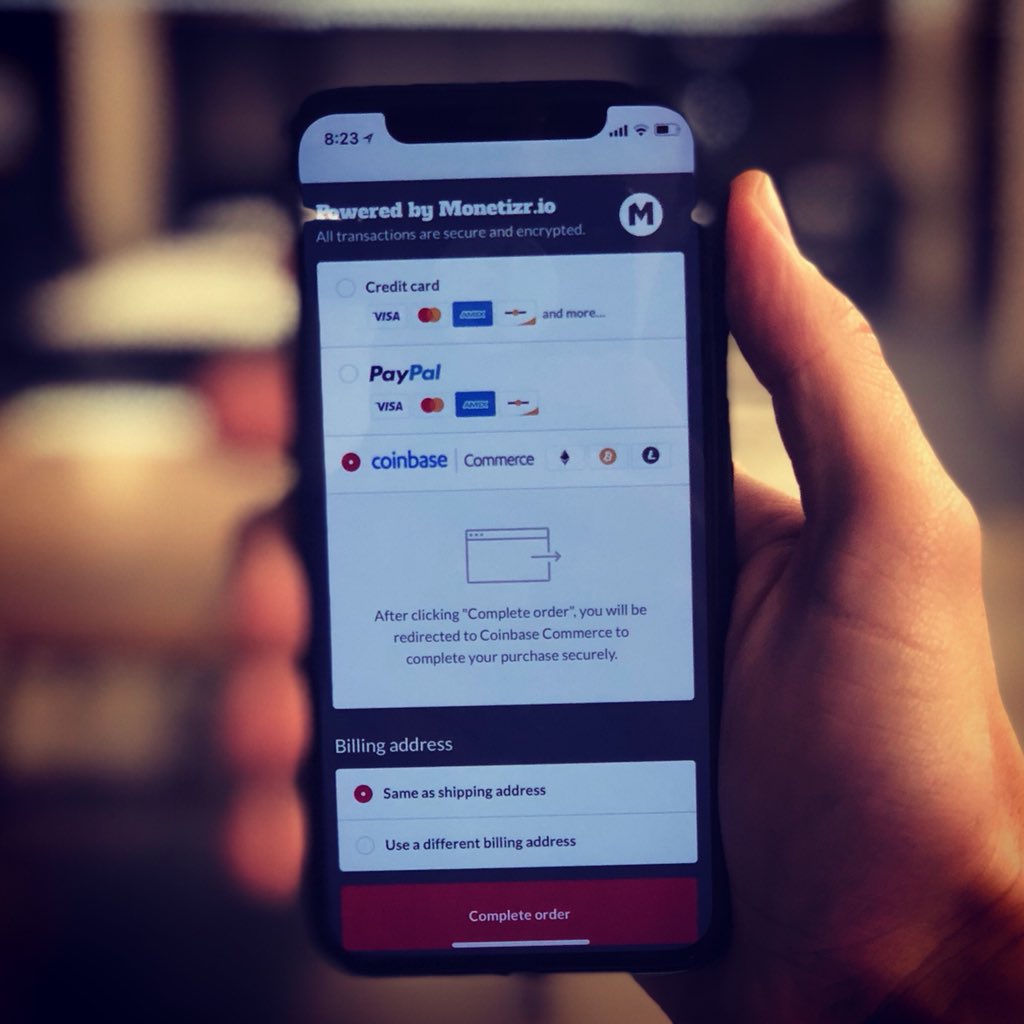 The ability to save progress and in-game currency, then sync these across devices, is impressive, but how does this system integrate with Apple Game Center and Google Play Games, which already track progress and store game save data?

“Apple Game Center and Google Play Games are used to save individual game progress for switching between devices,” Bratuskins said. “However, they are not tracking in-game currencies, and there is no marketplace. We enable gamers to take their in-game currencies that they’ve earned based on time and skill across games and enable them to buy physical game-related goods or services or exchange those tokens to other cryptocurrencies.”

Mobile gaming is currently a $50 billion industry, according to Newzoo, and analysts estimate there are 2.1 billion mobile gamers worldwide. Could mobile gaming be the Trojan horse we’ve been looking to force broad adoption of cryptocurrency payments? Bratuskins thinks so.

“Yes! Mobile gamers spent more than $40 billion on in-game currencies in 2017, and this number is growing each year,” Bratuskins said. “It means mobile gamers are very familiar with how digital currencies work. However, the in-game currencies of today have no value whatsoever outside the game where they were earned. Monetizr’s approach doesn’t require any behavior change for gamers, bridges a gap between physical and digital worlds, and gives real-life value to gamers.”

So what’s next for Monetizr?

“2018 is about three things for Monetizr,” Bratuskins said. “Customers are our top priority. We are onboarding new game studio customers and making sure they have a smooth transition so that their players have an incredible experience. We’re bringing on new games monthly — Apple Design Award winners and games with huge followings such as Blackbox, Black Jack Live, and Slopes, and we have several other big names/games in progress that we will announce soon.”

Second, Monetizr will have its token sale later this year, making MTZ tokens available for purchase.

Finally, Bratuskins is focused on expanding the platform to offer a broad portfolio of virtual and real-world purchases. That includes using mobile devices for MTZ token mining.

“Gamers can earn MTZ tokens by playing, by unlocking achievements, and by mining cryptocurrency using the unused computational power of their mobile devices,” Bratuskins said. “The MTZ tokens are transferable from one game to another, keeping the player’s achievement history to drive engagement and encourage longer gameplay.”