I have seen Artifact, Valve’s upcoming digital card game. It is not just a Hearthstone clone. It’s actually a much more complicated experience that also offers players more freedom.

Valve president Gabe Newell also explained to members of the press and myself that Artifact will not be a free-to-play game. It will also take advantage of the Steam Marketplace to let players sell their digital cards for actual money.

I learned a lot about Artifact. And now I want to tell you what I know.

It won’t be free-to-play

Artifact will have an unspecified initial cost. After that, you can spend money on packs of digital cards. You can also buy individual cards from other players through the Steam Marketplace.

The PC version of Artifact is coming out late in 2018. It will release for iOS and Android tablets sometime in the middle of 2019. Phone versions will follow after that, but Valve does not have a timeframe for that release. Artifact is based on Valve’s hit MOBA (multiplayer online battle arena) title Dota 2. Like in Dota 2, the action takes place in three lanes. Or, for the card game, three boards. You place hero cards (your deck has five of them) strategically amongst these three lanes. You also have creeps, weaker minions that can also populate the board.

Your cards will attack the ones in front of them … usually. Every round, the game will randomly fill empty spaces with road cards that can change the direction of a card’s attack. Instead of hitting what’s in front of them, a curved road could have them aiming to the right or left of that spot.

You can win in multiple ways

In each lane, you’re protecting a tower. The tower has 40 health. You can attack your enemy’s tower if you don’t have a hero or creep in your way. You win if you can destroy two of your enemy’s three towers.

But that’s not the only way you can win. When a tower is destroyed, it’s replaced by an ancient. These have 80 health. Killing a single ancient also wins you the game. So even if you’re already lost a lane, you can’t stop defending it.

You have two resources

Mana works much as it does in Hearthstone. It’s a pool that allows you to cast spells and play cards, and your mana goes up by 1 after each round.

But, just like in Dota 2, you also have gold. You earn gold by killing enemies. Between turns, you can use gold to buy items like armor and weapons for your heroes. Cards you buy with gold don’t cost any mana to use. 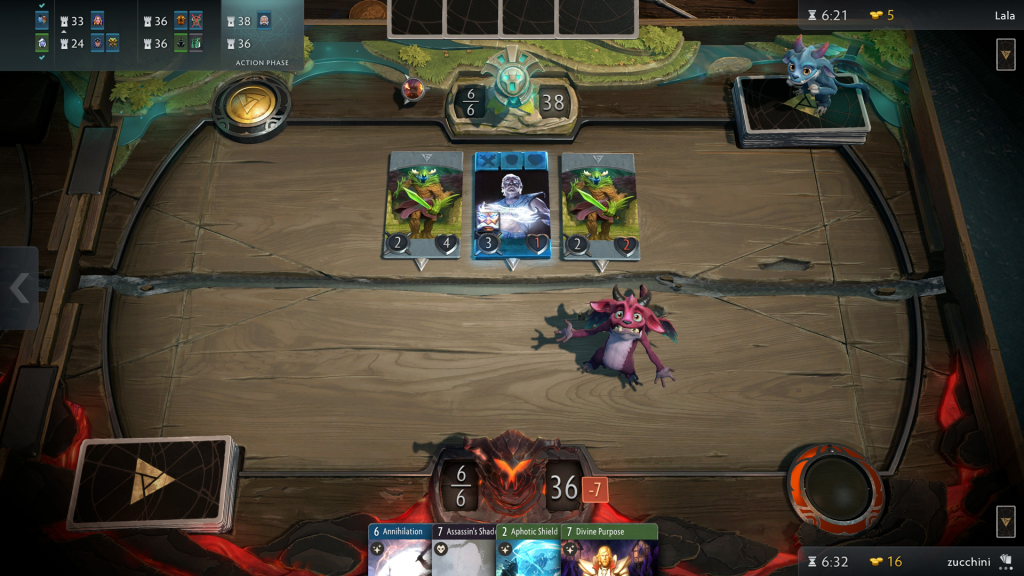 Similar to Magic: The Gathering, cards come in different types of colors: black, red, green, and blue. You can’t use spells of a certain color on a lane unless you have a hero of that same color occupying it.

In Hearthstone, you can only have up to 10 cards in your hand and 10 mana. Your deck can only have 30 cards at the start of the game. Artifact has fewer limits. Your deck must have at least 40 cards, but it can contain as many more than that as you want.

You’ll also keep increasing your mana every round for as long as the game continues, and you have no limit to the amount of cards you can hold in your hand.

Artifact doesn’t even have a limit to the number of creeps you can control. The Valve employee that walked me through my demo noted he once played a game where he controlled over 100 of them on a single lane.

Valve wants to support Artifact with the Steam Workshop, where players can submit their own content for games. For example, artists could publish their own art that could be used for cards. And while Artifact won’t support mods at launch, Valve wants to eventually add that functionality. 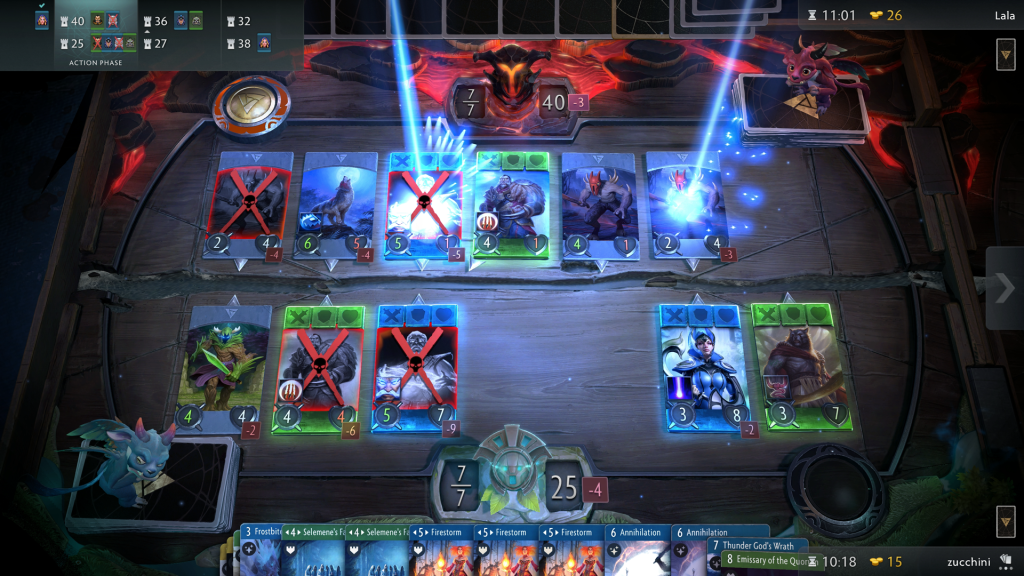 Above: A lot can happen in Artifact.

It won’t have an extensive single-player mode

Hearthstone has promoted single-player experiences like Adventures and Dungeon Runs, which pits players against computer-controlled opponents. But Newell explained that outside of some kind of tutorial system, Artifact will focus on having players fight each other.

And … there’s a lot more

Artifact is a complicated game. Within the basic framework of using heroes and creeps to defend your tower while attacking the enemy’s, you’ll use a variety of spells, buffs, and other cards to develop strategies. Some cards can make your heroes teleport to different lanes. Others can silence enemy hero abilities. Some cards even add unique effects to a lane, like giving you an ability to deal damage to an enemy minions every turn.

If you were worried about Artifact being an uninspired Hearthstone clone, don’t be. Valve’s project is a more complicated endeavor, but that depth opens the way for an experience that could rely more on skill and less on random luck.