The H1Z1 Pro League (H1PL) announced that 15 charter teams will compete in its first professional H1Z1 battle royale esports league starting in Las Vegas on April 21. It also announced that Facebook will be its exclusive digital broadcast partner and Caesars Entertainment will be its official venue and entertainment partner.

Redefining the current esports model, the H1PL is the first professional esports league established as a joint venture between a game publisher and an independent league operator — Daybreak Game Company and Twin Galaxies.

The 15 teams chosen as charter franchises represent some of the most well-known esports organizations, such as North America’s Counter Logic Gaming (CLG), Team SoloMid (TSM) and Cloud 9 and Europe’s Alliance, Vitality and Epsilon Esports.

The teams will compete over the course of two 10-week “splits” at Caesars Entertainment Studios, a 50,000 square-feet production facility designed for full-scale feature film, television show and live esports event productions. H1PL is the first esports league to name Las Vegas as its home city.

“Our goal with H1PL is to take the leap from Esports 1.0 to 2.0, establishing a league where for the first time in esports history, everyone participates in success– the fans, the players, the teams and all of our supporting partners,” said Jace Hall, the co-chairman of Twin Galaxies, in a statement. “The battle royale format has quickly become the most popular and entertaining multiplayer video game genre and we’re confident that the H1PL will drive fan engagement and excitement to even higher levels through the use of groundbreaking production and broadcast techniques never before seen in esports.”

The H1PL will livestream all competition via Facebook Live throughout the season. H1PL and Facebook will also introduce a variety of community-focused features to augment the viewing experience, including the granting of redeemable in-game rewards for fans that tune in during H1PL streams throughout the week.

Of the two 10-week splits, each competition consists of two matches and will be broadcast live inside the Twin Galaxies Esports Arena where audiences and fans can attend or watch the gameplay online. Teams will compete for total cumulative match points over the course of an entire season with all teams competing in the Championship in the fall. 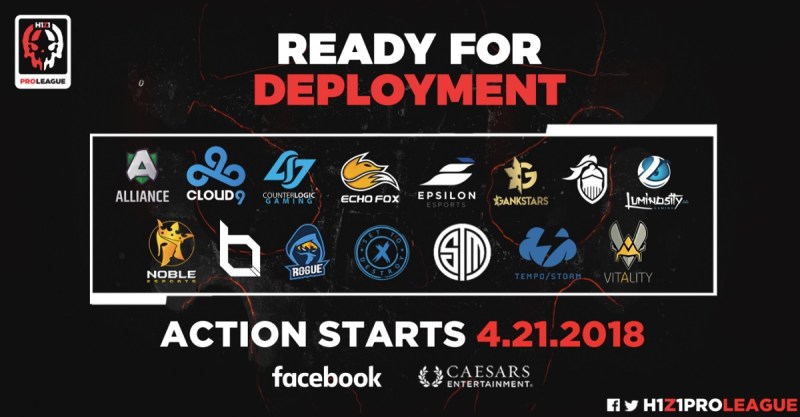 “The battle royale genre is fast becoming one of the most popular and accessible gaming categories to both watch and play, and we’re excited to help this brand-new league for H1Z1 grow its community on Facebook,” said Patrick Chapman, manager of esports partnerships at Facebook, in a statement. “The league’s primary focus to engage and support players and fans aligns closely to our commitment to help build the world’s community for people to play, watch and share the games they love.”

The H1Z1 Pro League will host the competition at Caesars Entertainment Studios, located just steps away from the Las Vegas Strip, the studio has already been home to esports competitions such as the Gears Pro Circuit Las Vegas Open. 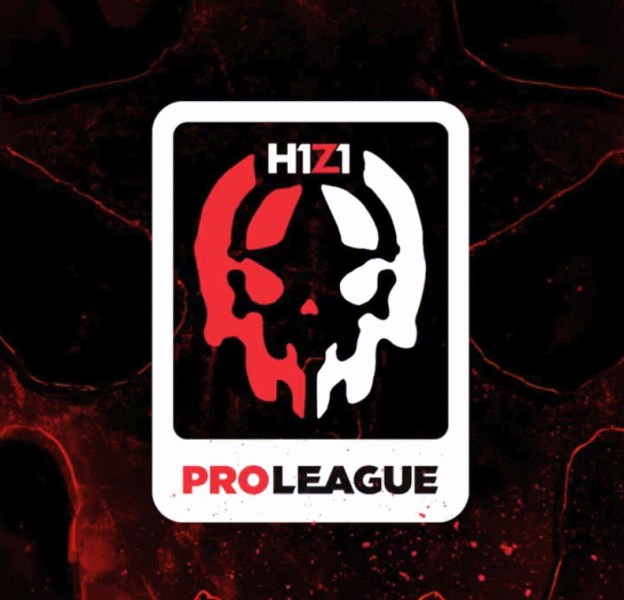 Above: H1Z1 Pro League is a joint operation of Twin Galaxies and Daybreak Game Company.

“The H1Z1 Pro League will bring together the best players in the world to compete in the adrenaline-filled spectacle that is H1Z1, and we can think of no other city that matches the energy and excitement of battle royale than Las Vegas,” said Mark Tuttle, director of esports at Daybreak Games, in a statement. “With our announcement today that H1Z1 is now free to play, we expect millions of new players and fans to tune in to the H1PL every week.”

The H1Z1 Pro League will include a guaranteed player minimum salary, team owner and player representation on the governance committee, along with a comprehensive “Player Bill of Rights” and a well-defined revenue sharing model. Nearly one year ago, H1Z1’s prime-time premiere “Fight for the Crown” tournament had total viewership of 378,000.