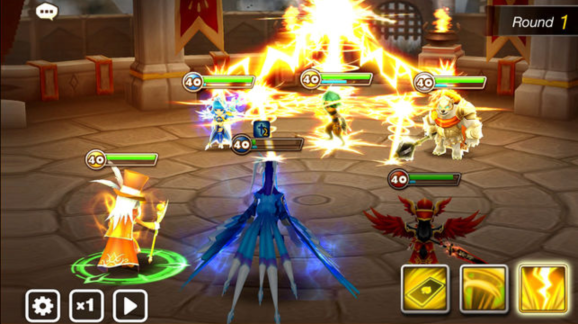 Com2us’s mobile role-playing game Summoners War has been downloaded over 90 million times worldwide. It has reached the milestone four years after it first launched the game on iOS and Android in 2014.

The South Korean mobile developer and publisher has proactively fostered a global community for the game. It reached out to U.S. audiences with big-budget marketing campaign in 2015, recruiting influencers to raise awareness. It also has continued to release content updates and patches.

Summoners War is an RPG featuring turn-based strategy. Players can call up different types of monsters, use runes to boost the creatures’ stats, and evolve them to become more powerful. It has a single-player story campaign, as well as co-op and competitive multiplayer modes. In 2015, Com2us introduced a system where players can join guilds and team up against boss monsters to earn rewards like special runes.

Com2us is a subsidiary of South Korean-based Gamevil, which has doubled down on mobile MMOs with its recent title Royal Blood. In that space, it’s up against titans like Lineage 2: Revolution from fellow South Korean developer Netmarble. But the mobile games market is huge, and it will only grow more; last year, it hit $48.3 billion, and it could reach $72.3 billion by 2020.