Days Gone was one of Sony’s big games coming for the PlayStation 4 this year. But the Japanese company announced Friday that it was delaying the zombie apocalypse game until 2019.

Of course, this doesn’t mean that we’re safe. The zombie apocalypse is coming this year, but I’m betting it’s more likely to come in the form of The Last of Us Part II, the highly anticipated game from Sony’s Naughty Dog studio that is a sequel to 2013’s great zombie game The Last of Us.

Sony didn’t give a reason for the delay. I was looking forward to Days Gone ever since Sony showed off a riveting demo in 2016 at the Electronic Entertainment Expo (E3) trade show.

In that demo, the anti-hero bounty hunter Deacon St. John had to dodge hundreds of “freakers,” or really fast zombies, as they chased him around an old sawmill in the Oregon woods after a viral apocalypse. Then, at E3 2017, Bend Studio returned with a marquee position in Sony’s E3 lineup, and it showed a different side of the game. That demo featured zombie wolves and a terrifying zombie bear.

The folks at Bend Studio believe they’ve got a unique game, distinct from other zombie titles, because it has a unique setting in the Oregon woods with a wide variety of terrain. It also features an array of different threats, from the freaker zombies to the freaker bears and wolves, as well as human enemies. On top of that, they say the motorcycle is like a character too, leveling up over time. 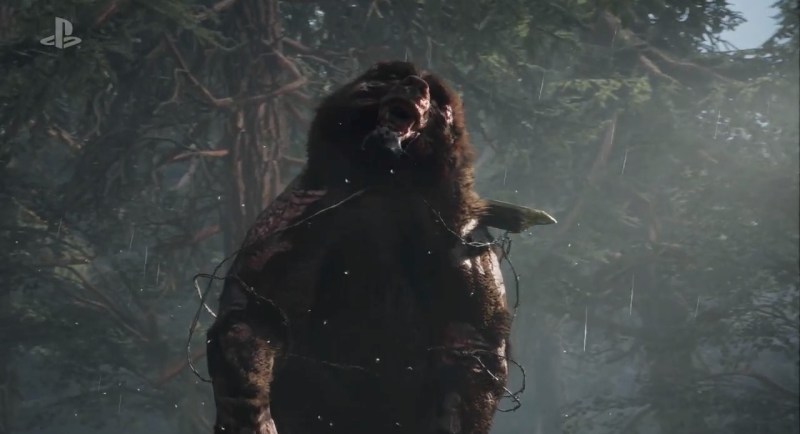 Above: The freaker bear in Days Gone.

Still, the competitive lineup looks tough this year. Rockstar’s Red Dead Redemption 2, which has had two delays, is now coming out on October 26. That prompted Activision to move Call of Duty: Black Ops 4 up by a whole month to October 12, presumably to get out of Red Dead’s blast radius. The unscheduled The Last of Us Part II will likely also land some time this year. With all of that noise, it could be hard for Days Gone to stand out. Sony’s Spider-Man game is also hitting the PS4 on September 28.

On top of that, it sounds like the developers need more time to polish the game. I expect to get something good out of this delay, like maybe a second zombie bear. The developer, Bend Studio in Oregon, will no doubt love to spend more time in the trees getting this game ready. It’s set in the woods of Oregon.