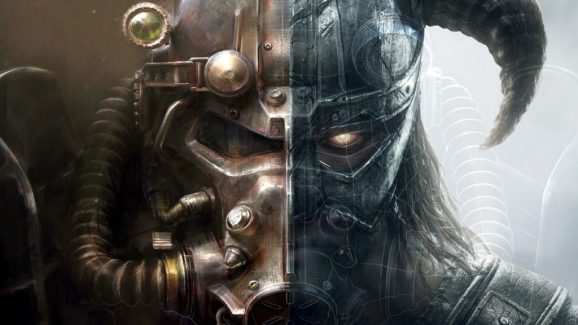 If 2016 was the Year of VR, at least from a hardware perspective with the launch of the Rift, Vive, PSVR, and Daydream, then 2017 must have been the Year of VR Software. We not only got amazing breakout experiences like Lone Echo and Echo Arena, but some of the market’s biggest games got VR adaptations and conversions in the form of DOOM VFR, Skyrim VR, and Fallout 4 VR. As far as Bethesda’s concerned, that dedication seems like it could be paying off.

According to research firm SuperData, both Skyrim VR and Fallout 4 VR topped the sales charts for 2017 on PSVR and PC, respectively. Skyrim is only available on Sony’s flagship headset and Fallout 4 is still, technically, exclusive to the HTC Vive on Steam.

Here is the top 5 breakdown on each platform according to SuperData:

While this news doesn’t come as a surprise at all, it’s particularly noteworthy due to the fact that each of these two games released in the latter portion of the year around holiday time without the first two thirds of the year’s sales to buffer numbers. That means they achieved these sales numbers almost entirely off of holiday the holiday rush from consumers.

It’s also worth noting that these numbers are for VR-exclusive games only, which means titles like Resident Evil 7 (because it’s also available outside of VR for PSVR) are not counted.

We’re still waiting to hear about plans for a Rift/Vive version of Skyrim VR or a PSVR version of Fallout 4 VR, so there’s no news on that front. Hopefully an announcement is coming either at GDC or E3.