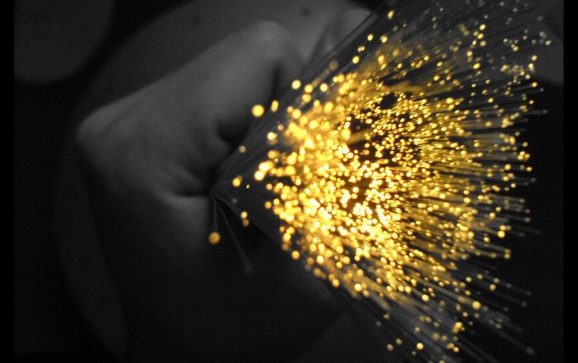 The imminent arrival of 5G wireless with “true mobile broadband” speeds is forcing wired broadband companies to respond, and their next step may be dramatic: 10 Gigabit per second service. At peak, that’s roughly 1,000 times today’s basic broadband speeds — fast enough to download a full HD movie in less time than it took to read this sentence. By design, that’s also fast enough to leave 5G’s promise of 1Gbps speeds in the dust for years to come.

Hold on a second: Does anyone really need 10Gbps service? For most things people do with home broadband today, it’s overkill, which is why almost no one has that sort of service at home. But as 4K and 8K movies, high-resolution VR, and UHD game streaming from cloud servers grow in popularity, high-bandwidth home internet service will become necessary. (You can visualize the speed difference for yourself using the meter in the middle of this page.)

Today, 10Gbps service is only available in a handful of U.S. cities — including Detroit; Minneapolis; Salisbury, North Carolina; and Chattanooga, Tennessee — and six total countries. But upping the ante for high-bandwidth wired broadband is one route traditional cable companies could take in combating 5G wireless. And interestingly, 5G providers may use the same cable hardware to provide a nationwide fiber backbone for their wireless services.

The “best effort” reference turns out to be important. Japan is a very small country compared with the United States, but even Japanese carriers can’t guarantee consistent 10Gbps speeds throughout the country. It’s not just other users sharing the neighborhood’s cabling — it’s the bandwidth of the cabling between your neighborhood and the other side of the country or the world. This issue has the potential to be much worse in the sprawling United States.

That’s why 5G wireless carriers around the world expect to move key networking gear closer to the “edges” of their networks, rather than keeping the fast hardware at a central core. Since latency (responsiveness) is a key feature of 5G networks, the more a network can do at its edges, the faster speeds customers will experience near those edges.

Additionally, despite the fact that 5G will be “wireless” for users, carriers will depend on heavy-duty fiber optic cabling to handle 5G users’ massively increased data demands. New cables will need to be laid across the country, and new hardware will be needed to make better use of existing fiber. To that end, Nokia just announced a new chipset that promises to push fiber optic cables to their “theoretical limits … increasing capacity up to 65 percent over currently deployed networks while reducing power by 60 percent.” Nokia’s goal: “to meet the surging traffic demands of video, cloud and 5G.”

In other words, you should expect to see a lot of new fiber optic cabling going up on towers and into the ground over the next few years. Whether you’re enjoying 1Gbps wireless or 10Gbps wired service, dense, high-speed fiber cabling is likely to be at least partially responsible.