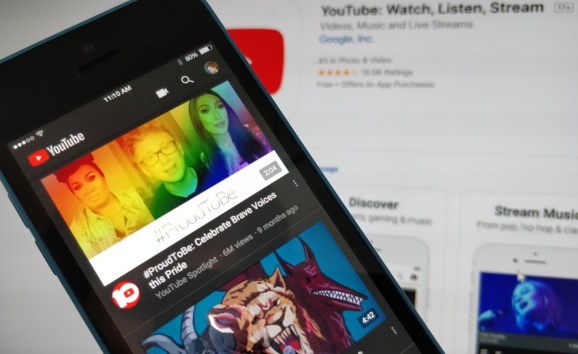 YouTube is finally giving its mobile app a dark theme, nearly a year after the Google subsidiary introduced the night-friendly mode on desktop.

To activate the dark theme, head to the YouTube app settings and slide the little switch next to “dark theme” to the right … and hey presto!

This is hardly a world-changing feature on the face of it. However, much like how a simple cup-holder in a car can make or break a sale, a dark theme will prove a popular addition to the YouTube mix. Besides its basic aesthetic appeal for some users, the reduced glare will make it much easier on the eyes at nighttime.

YouTube has actually been testing the dark mode within the iOS app for a few months already, and the company revealed that it has become one of the most requested features on mobile since the theme launched on the desktop in May.

Dark themes are fairly common now across many online services, and given that more than half of all its video views now take place on mobile devices, it’s a wonder it has taken so long for a dark mode to land in the YouTube mobile app.