Brazilian game studio Arvore is diving into virtual reality with the unveiling of Pixel Ripped 1989. The new game will debut on the PlayStation VR, Oculus Rift, and HTC Vive and will be available May 22.

The title was first conceived of and created as a student game by Ana Ribeiro, and it was co-developed by São Paulo-based Arvore. The game has been a multi-year, multi-continent passion project, and marks the first title brought to market by Arvore.

“The most difficult part of development is over,” said Ribeiro, in a statement. “We are in the final steps to deliver Pixel Ripped 1989 very soon to all our fans. Being at GDC and showcasing our finished game to press is a dream come true. And we’re looking forward to the public’s reaction next month in Boston” at the PAX East game event.

Pixel Ripped 1989 is a wacky homage to the early days of gaming. The player embarks on a journey into the screen of a classic video game and beyond. Set in the era of portable 8-bit consoles, the game-within-a-game follows the adventures of Dot, an in-game character who sees her world torn apart by the Cyblin Lord, a villain able to break through the video game screen and invade the real world. 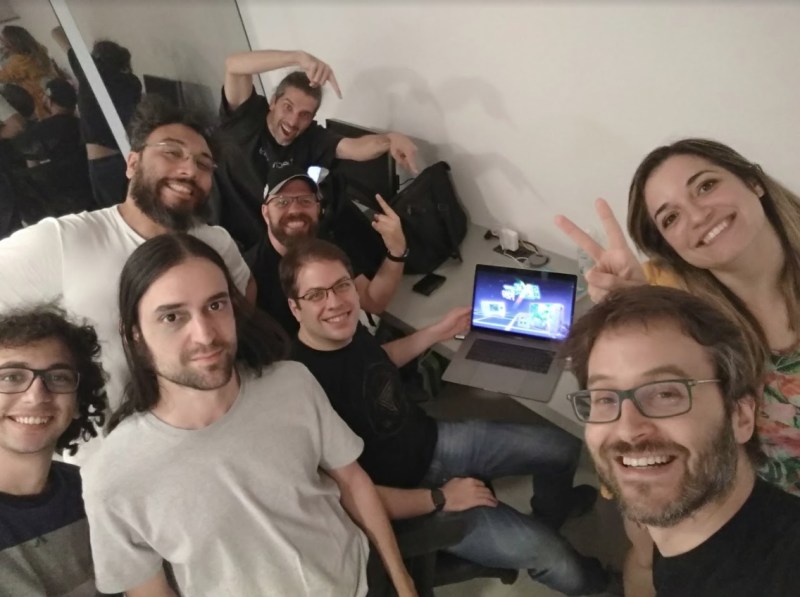 Above: The Arvore team

In the game, the player inhabits Nicola, a second-grade student who must help Dot save both realities from this menace by facing challenges in the retro-gaming 2D world, all while distracting the cranky teacher and escaping from the furious headmaster in her own 3D world.

Ribeiro, a Brazilian developer, began work on the project in 2014, when she was still a student in London. The development of the game has been a long journey for her. In 2017, Ribeiro joined Arvore, Pixel Ripped’s publisher and investor, as project director and game developer; she completed the project with the team there. 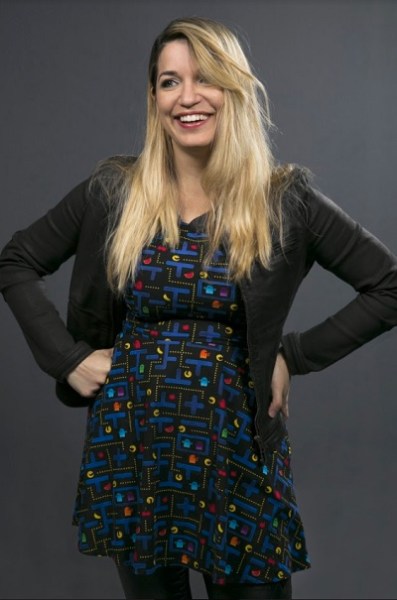 Above: Ana Ribeiro is the creator of Pixel Ripped 1989.

The game has received funding from Oculus and awards from Intel and the Amaze Indie Festival, as well as nominations to IndieCade and the Proto Awards. If successful, Arvore has plans to make future installments of the game spanning game industry history.

People visiting next week’s Game Developers Conference will need an appointment to see Pixel Ripped 1989. Arvore is an immersive storytelling studio founded in 2017 by Ricardo Justus, Rodrigo Terra, and Edouard de Montmort. It is based in São Paulo, Brazil. Arvore has 25 employees, and it has raised $1.7 million in funding from Indicator Capital and Eclipseon Ventures, both in Brazil.