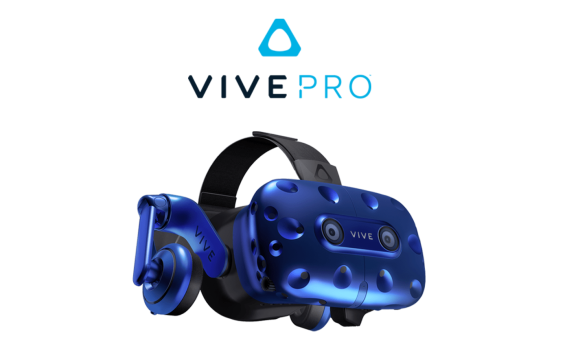 HTC said today it will sell the Vive Pro virtual reality headset for $800, with global preorders starting now. And it will also cut the price of the existing Vive headset by $100 to $500.

VR is off to a slow start, but introducing better quality headsets like the Vive Pro while making existing headsets more affordable is the path to greater consumer acceptance, according to Taiwan-based HTC’s game plan.

The Vive Pro headset will begin shipping on April 5, and it sports a better display, integrated headphones, and a built-in amplifier. HTC also said that all Vive Pro head-mounted displays purchased by June 3 will come with a free six-month trial to Viveport Subscription, where consumers can choose up to five titles per month from more than 400 available offerings.

“With the Vive Pro we are delivering the best quality display and visual experience to the most discerning VR enthusiasts. Our goal has always been to offer the most premium VR platform available and to drive adoption for VR,” said Daniel O’Brien, HTC Vive general manager for North America, in a statement. “By lowering the price of the current Vive, we are making VR more accessible while expanding the potential market for developers. Whether you’re a VR enthusiast or new to the platform, there’s never been a better time to join the most complete VR platform available.”

The preorders will begin today on Vive.com and Amazon.com. The Vive Pro comes with dual organic light-emitting diode (OLED) displays, making for a crisper image resolution of 2880 by 1600 pixels. That’s a 78 percent increase in resolution over the current Vive. In addition to upgraded visuals, it also has high-performance headphones with a built-in amplifier and noise cancellation. All of that adds to realism, and HTC believes that will make VR experiences and games more immersive.

The Vive Pro also emphasizes comfort. It has a redesigned head strap that balances the weight of the headset more evenly, and it has adjustment buttons for people with glasses. The Vive Pro works with both SteamVR Tracking 1.0 and 2.0, meaning existing Vive customers can upgrade the headset only and continue to use current generation controllers and base stations.

HTC said earlier that the Vive Subscription will rise to $9 a month on March 22, up from $7. Those who sign up before March 22 can lock in a price of $7 a month for the rest of the year.