Despite breakout indie success stories like ConcernedApe’s Stardew Valley or Studio MDHR’s Cuphead, most studios face a crowded marketplace and a host of challenges to making profits on their games. Today at the Game Developers Conference, indie studio Infinite Monkeys Entertainment cofounder Erik Johnson shared some tips for fellow developers to decide whether or not their games are a good market fit.

In the “Know Your Market: Making Indie Games that Sell” panel, Johnson broke down some of the market trends on Steam, the world’s largest marketplace for PC games. He did a deep dive into Infinite Monkey’s Life Goes On: Done to Death. It was recognized as one of the 10 best indie games of the year at PAX in 2014, and it garnered favorable reactions from critics and players — yet it sold disappointingly fewer copies than anticipated. Johnson didn’t reveal the exact numbers, but he noted that even an expansion that improved the game’s quality didn’t result in better sales.

This was perplexing, so Johnson began looking at Steam reviews and Metacritic as well as tools like Steam Spy, which aggregates statistics like how many people own a title on Steam and how many people are playing a game concurrently. The data is a little fuzzy — “Owners are not the same things as sales. There are lots of different ways a game can get into a user’s library,” Johnson warns — but he managed to pull some broad trends out of his research.

He found that Life Goes On’s genre already put it at a disadvantage: Puzzle platformers earn significantly less than action-RPGs, which he found was the most profitable category. He came to this conclusion by looking at the tags on Steam and estimating the median revenue for games in certain genres. Action-RPGs are followed by first-person shooters and city builders — and Metroidvanias, roguelikes, and puzzle platformers lag significantly.

Infinite Monkeys also didn’t develop a distinctive enough art style. He found that most players don’t just want a polished aesthetic; they react strongly to games that look different from others on the market. Puzzle platfomers that actually succeeded, like Playdead’s Inside and Upper One Games’s Never Alone, had some help from their unique looks. 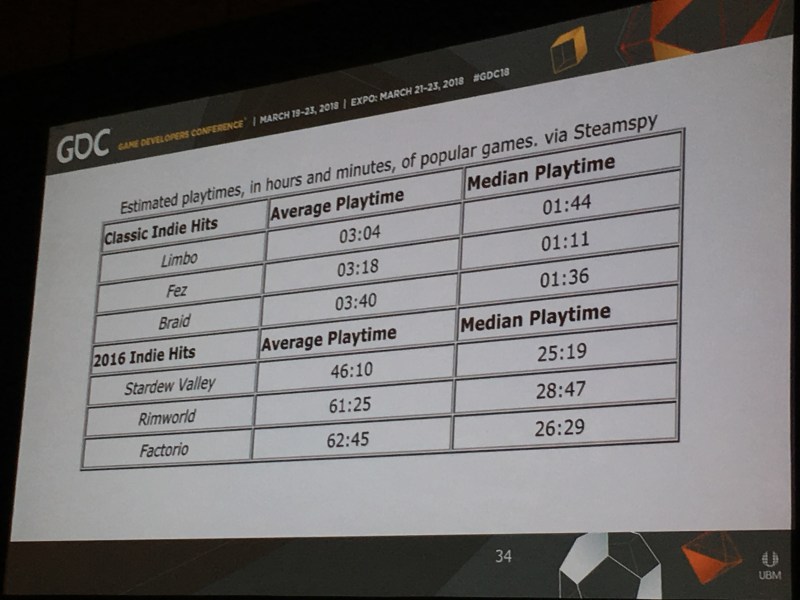 Above: A comparison of the playtimes of older indies and more recent indies.

That doesn’t mean that a short game can’t be successful on Steam. However, this trend in particular seems to echo that of triple-A publishers doubling-down on live services, creating a steady drip of content for players who want to spend more time in game worlds.

Johnson emphasizes that he’s not encouraging developers to go out and make “clones” or to copy already successful games. However, knowing what the market looks like can help folks make educated decisions about the kinds of games they’re making and what kind of a player response they can expect. And it can help developers find new opportunities.

Infinite Monkeys continues to support Life Goes On, and it’s found players in a new market: Asia. Because the game doesn’t have too much text, the developer could localize it with little trouble and now they are tapping into the biggest games market in the world.