Will Wright, creator of memorable games like SimCity and The Sims, is coming back to games. He announced in a video today that he is making a mobile game called Proxi, using Unity Technologies’ game engine.

Wright made the announcement in a video shown at Unity’s keynote talk at the Game Developers Conference in San Francisco. Wright is a legendary game creator, but he hasn’t made a game in years. His last effort was a Syntertainment, a photo-based social network, but it didn’t take off.

Wright and developer Gallium Artists are creating the new title with Unity’s game engine. It’s a simulation game, where players will build games based on their memories. 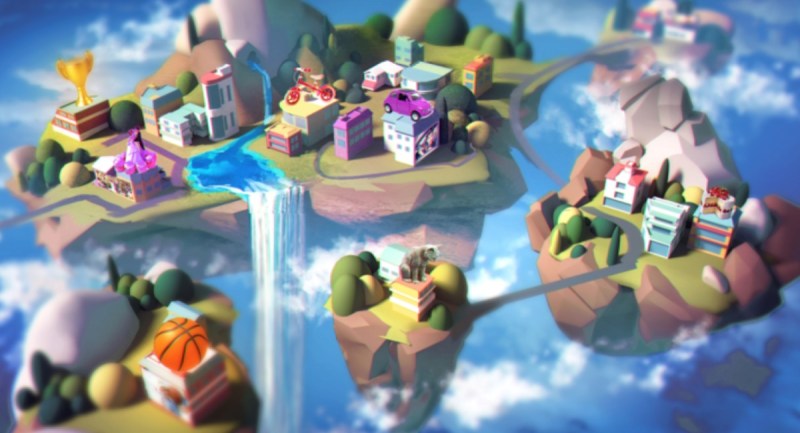 Above: Proxi by Will Wright

They start with a blank world and then can develop memories. Those memories become the building blocks for things like “family adventures.” They can then place those blocks in the world and then create islands of connected memories.

With Unity Connect, Wright will launched a crowdsourcing effort for the art, dubbed the Proxi Art Challenge. Artists can submit their creations for the chance to be one of two winners. They will get ajob interview with Wright and the dev team. One will be hired as a 3D artist for Proxi.

The contest begins today and ends May 14. In some ways, I’m not surprised to see this announcement on Unity. John Riccitiello, CEO of Unity, and Wright have worked closely over the years, first at Electronic Arts and then at Wright’s last startup.