Unity CEO John Riccitiello said at a developer event that the company reaches billions of players through its game engine customers, who generate billions of dollars in revenue from games based on Unity’s game development engine.

But at an event tonight, Unity focused on quality, rather just the quantity, of games that are built on its platform. That’s part of a deliberate effort to climb up the game developer food chain in the competition with game engine rivals.

Unity has traditionally focused on low-end developers, who use its engine to reach many different platforms. Its rival, Epic Games’ Unreal engine, usually captures high-end game creators, while Unity has higher volumes.

But tonight’s keynote event also emphasized the quality of games based on Unity. Those games use new features in Unity’s engine, such as its high-definition rendering pipeline.

Above: Book of the Dead is made with Unity

One of those games — Book of the Dead — appeared onstage. It uses photogrammetry, or an efficient way of turning the real world into interactive 3D graphics, and it renders images with a high-quality high-definition rendering pipeline. That produces a lot of cool lighting and shadow effects. The face of the creature below uses sub-surface scattering, which shows a realistic rendering of what surfaces look like when light penetrates below the surface.

Unity is extending the quality effort to rendering realistic hair, skin, fabric, and eyes. In short, it is wants to push developers to create more believable and realistic characters and worlds. Unity is releasing the full level of the Book of the Dead on the Unity Asset Store in April.

Riccitiello and other Unity executives spoke on stage at the company’s big event at The Village, a venue down the street from the Game Developers Conference in San Francisco.

“We think the world is a fundamentally better place with more creators in it,” said Riccitiello. “Our heart beats to the rhythm of a developer. We are proud to stand with you are for you.” 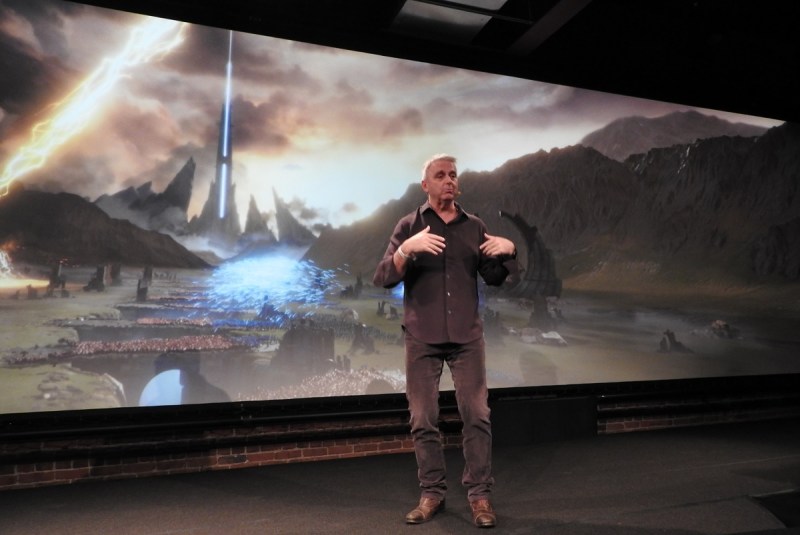 Above: John Riccitiello says half of all mobile games are built with Unity.

Of course, Unity is also putting an emphasis on faster, smaller, and lighter for the apps that need it. The company’s smallest runtime runs on the web, using just 72 kilobytes of data. That leads to fast delivery and startup times for games, said Ralph Hauwert, head of platforms at Unity.

The platform companies don’t make it easy to exist in a cross-platform world, Riccitiello said. His team builds the engine that is responsible for making games run across platforms. 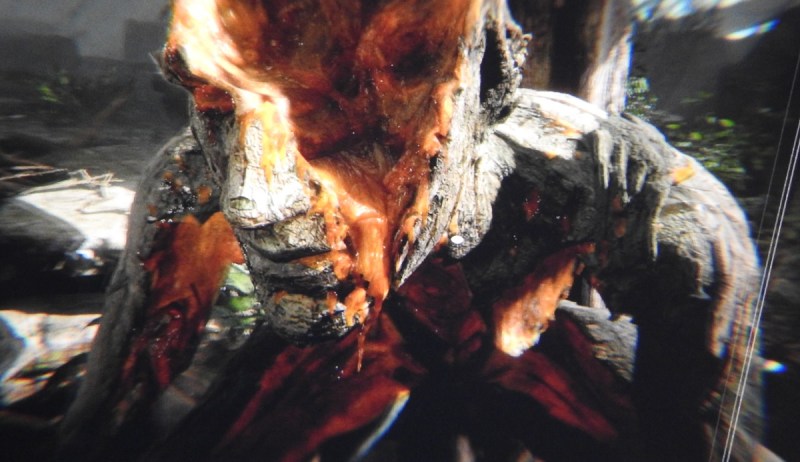 Above: Book of the Dead uses graphics features such as sub-surface scattering.

He also said that Unity has partnered with Magic Leap to make it easy to produce augmented reality applications and games.

Lots of the announcements were highly technical. Unity got some oohs and ahhs from the audience when it announced “nested prefabs.” But the upshot is better-looking games.

Unity, founded in 2004 to democratize game development, recently raised $400 million at a valuation of $2.6 billion.

For its roadmap, Unity is focused on making changes to its engine that will cause no more than 500 milliseconds of delay in rendering a game on a device, said Joachim Ante, cofounder of Unity. He said almost all successful games in the future will have networking built into them.

“We think of ourselves as your engine team,” Ante said.