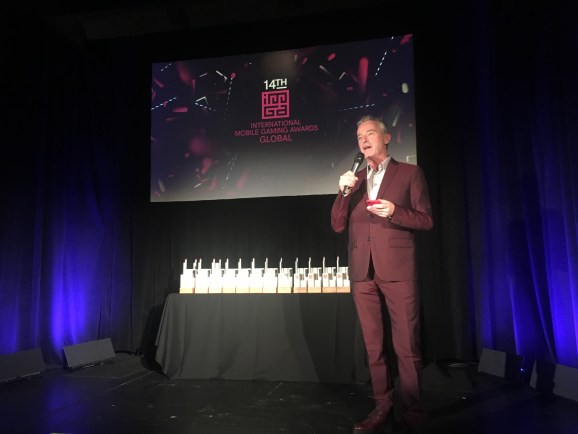 The IMGA jury did not award a Grand Prix prize, though in previous years, it recognized Ustwo Games’ Monument Valley and Niantic’s Pokémon Go. It’s only the second time IMGA hasn’t handed out a Grand Prix award, which acknowledges games that showcase significant innovation and have impacted the mobile landscape.

IMGA Global considers games from all over the world, but throughout the year, the organization also hands out regional awards. It has competitions in China, the Middle East and North Africa, and Southeast Asia. It will also soon be in South Korea. As the oldest mobile games competition, its sponsors include studios such as Rovio, Supercell, King, and Chinese tech company Baidu‘s game publishing arm, Duoku Games. It’s also supported by the city of Helsinki, which IMGA founder and CEO Maarten Noyons says is significant in part because it’s “the city of Nokia.”

“Nokia funded the development of a lot of games that were from Rovio, from Digital Legends, Jade Stone, other companies. Sega,” said Noyons in an interview with GamesBeat. “That really had an impact on the creation of the whole infrastructure here in Finland that’s grown so much. That’s the historical reason. The other reason is, still, right now, Finland is playing a major role compared to other European countries, in the mobile games industry.”

The third reason is that, according to Noyons, Finland is “a country that’s very much looking to the future, not so much looking to the past.” The country is participating in VR First, an initiative to increase virtual reality and augmented reality education at universities around the world. Finnish company Varjo raised $8.2 million last year for its cutting-edge mixed-reality headset. And its national telecom carrier Elisa announced plans last month to roll out a 5G network in Turku, Finland by the end of May.

Noyons founded IMGA in 2004, but his interest in mobile games started as early as 1998 as mobile internet became more widespread. He started the organization to satisfy his curiosity of how the industry would progress, both in software and hardware. In the past, he cites major sea changes like the rise of the iPhone and proliferation of the free-to-play model. And in the future, he believes 5G access will lead to longer playtime on mobile and artificial intelligence will drive enormous change.

IMGA acknowledges China as a hub of innovation — it’s a mobile-first country that was first to messenger games, doesn’t shy away from mobile esports, and is the biggest games market in the world. Earlier this month, it hosted China Game Day in Helsinki, a two-day event that featured Chinese publishers and platforms like Duoku Games, Oppo, Vivo, and Tencent that are seeking Finnish developers to come to China. Facilitating these conversations is part of IMGA’s transnational ethos. It’s looking toward the future of its industry, though Noyons has also toyed with an idea of starting a museum that will showcase the evolution of mobile games through the years.

Noyons says the competition is on the lookout for excellent games from anywhere in the world, though some invariably slip through the cracks. The awards organization’s mission is to be a global discovery platform.

“Every region is now developing its own game culture,” said Noyons. “They’re looking at the Japanese games, because it’s part of their youth, their game education. They see what’s happening now. They see what’s coming out of the U.S., what’s very popular, and they create their own style. If you look at the Middle East and southeast Asia, which are emerging markets, they take different things and combine them in very interesting ways. I’m sure that the next big hits will maybe come from these countries, and not so much from Europe or the U.S.”