Microsoft today released a new Windows 10 preview for PCs with Cortana improvements and Windows Mixed Reality fixes. This build is from the RS4 branch, which represents the next Windows 10 update the company has yet to announce (but is expected to ship in April). There is no new build from the RS5 branch today, but the server-side Cortana improvements are rolling out there as well. 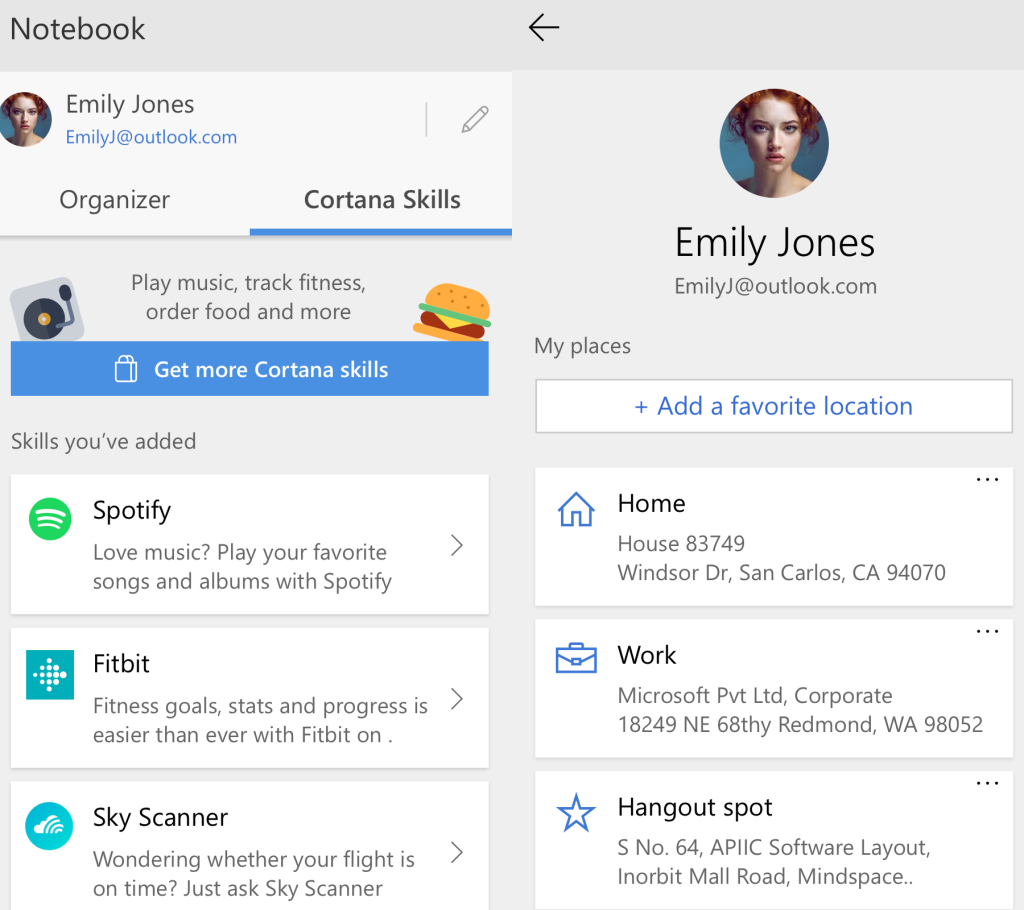 The main improvements in this build center around Microsoft’s virtual assistant Cortana. There’s a new server-powered profile page (Notebook section => click the button to the right of your name) where you can add and edit your favorite places. These let Cortana provide you with traffic updates for your daily commute and give you reminders when you arrive or leave your places. The profile will eventually extend to cover your Interests, Family, Accounts, and so on, Microsoft promised.

Cortana’s new Notebook design has also been rolled out to all markets and languages where the virtual assistant is supported. Several performance improvements have also been deployed that should make Notebook load faster. Default skills now come with a set of tips for questions you can ask, either by clicking the suggestion, typing it out yourself, or talking directly to Cortana.

Windows Mixed Reality has been causing a lot of problems in the last few builds, but Microsoft is almost done addressing all the bugs. This build fixes the issue where the inbox apps would fail to load inside of Windows Mixed Reality. Microsoft is still investigating some rare instances in which newly placed holograms appear empty and the shell may restart when switching between places.

This build has no known issues, aside from the Windows Mixed Reality bug mentioned above. As always, don’t install this on your production machine.