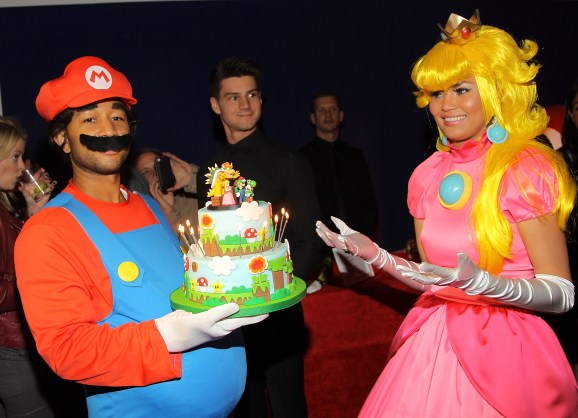 Chrissy Teigen is just one of a number of people who love hardcore games on their Nintendo Switch.

Nintendo Switch’s unprecedented sales success continued through the end of its 12th month, but Sony’s PlayStation 4 outsold its competition in February. The NPD Group released its monthly game-industry report today, and it has found that console hardware across the board continues to fly off shelves.

Once again, this doesn’t mean that Microsoft’s Xbox is in trouble. Piscatella points out that Microsoft’s and Nintendo’s consoles drove most of the 55-percent year-over-year sales growth to $316 million last month.

All three consoles hitting different audiences — or even overlapping with gaming-crazy big spenders — is why so far in 2018 spending on hardware has grown 79 percent to $594 million compared to the same period in 2017.

And when we talk hardware sales, we have to talk about the Switch.

“Nintendo Switch remains on a record-setting sales pace,” said Piscatella. “Over the first twelve months in market, Nintendo Switch has achieved the highest installed base for a console platform in history.”

So as I said last month, the console-hardware space is vibrant and health. On a historic level, this is maybe the strongest trio of active consoles ever.