As you might expect, the popularity of pornographic Fortnite searches is correlated to the release and success of the game’s battle royale mode.

“After Fortnite launched in July of 2017, it only resulted in a handful of searches,” reads Pornhub’s blog. “Things really picked up at the end of September 2017 when Fortnite’s Battle Royale came out, and they have grown steadily since then.”

But searches really popped off after Drake streamed the game on Twitch on March 15. 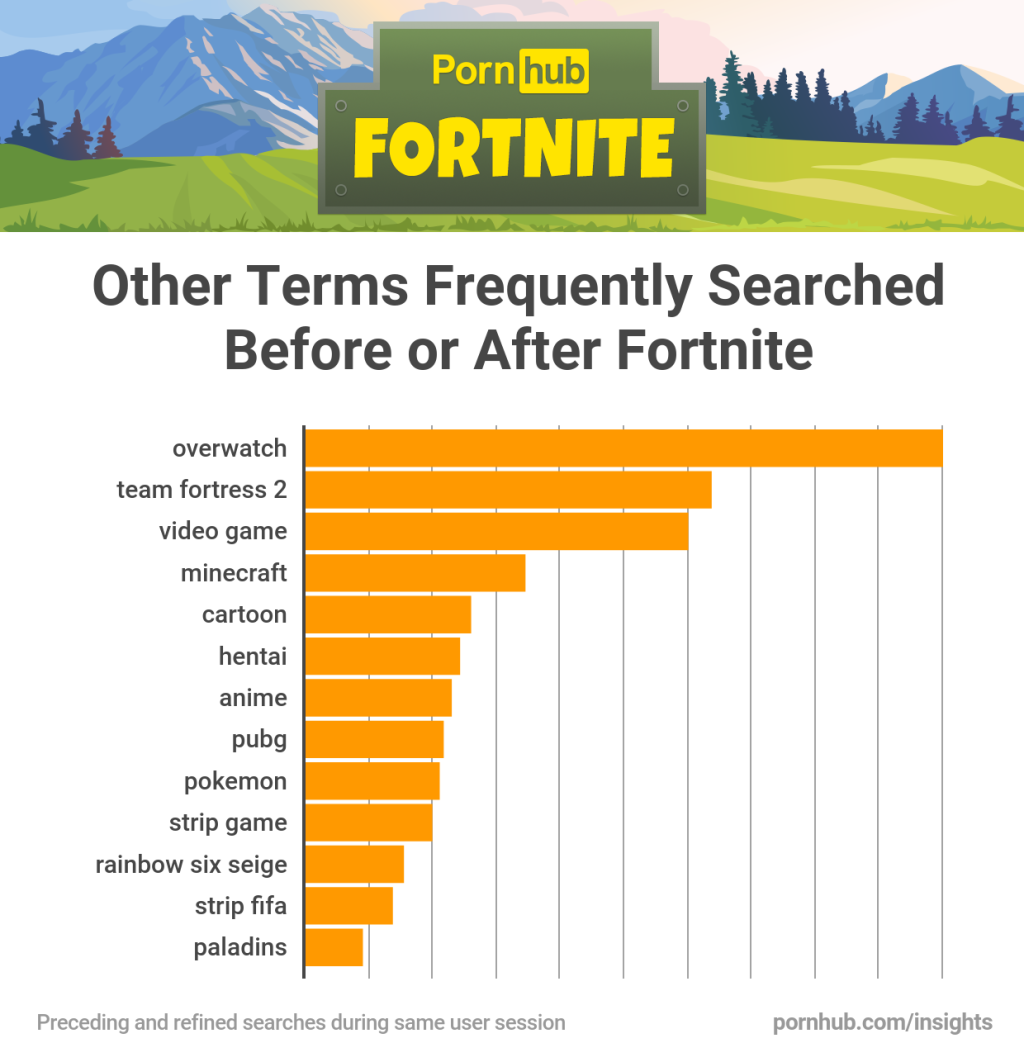 So congratulations to Epic for making a game that people love so much that they want to have sex with it.