Resolution Games scored a hit with its Bait! virtual reality fishing game on the Samsung Gear VR in 2016 and the Google Daydream in 2017. Now that VR has gotten a little icy, Resolution Games is moving into the warmer waters of augmented reality.

The Stockholm-based company will launch Bait! Under the Surface on AR devices later this year as it seeks to blend animated fishing experiences with the real world.

The original Bait! has been downloaded almost 2.5 million times to date, and it helped the company raise more than $6 million in funding back in 2015.

“This was in our plans from the very beginning as we were big believers in visual computing,” said Tommy Palm, CEO and cofounder of Resolution Games, in an interview at the Game Developers Conference in San Francisco. “The AR work is one of the reasons we started focusing on mobile VR first.”

Mobile AR is attractive now because it could quickly get onto hundreds of millions of smartphones very quickly, Palm said, while VR is taking longer to get a large audience.

Palm said the team started working on AR prototypes last summer, and now that Google has launched ARCore and Apple has released ARKit, it’s much easier to get AR projects into the market.

“We have put together something we are excited about and are looking at launching this year,” Palm said. “VR and AR are two very different things. In VR, we are in a game world. In AR, we are in the real world. We had to make a game that adapts to the real world, where you find a surface and use your body. They are like brother and sister. On tech side there are things we can reuse.” 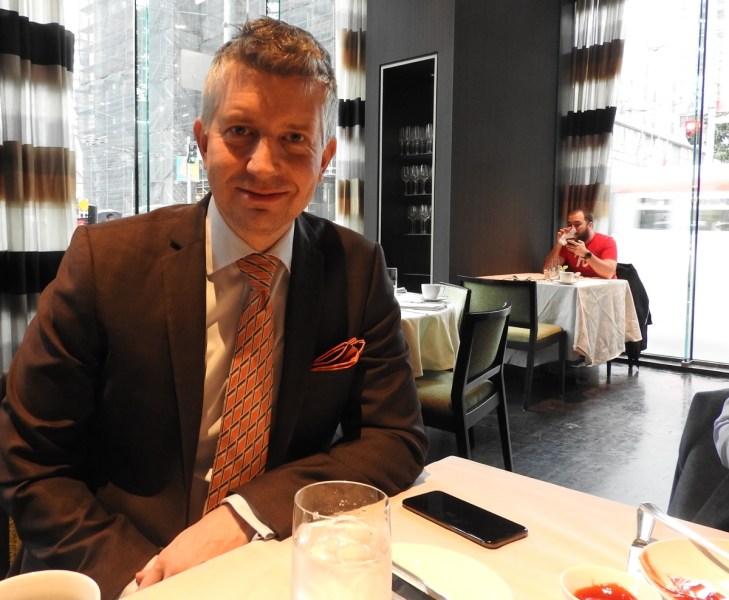 He said that virtual game characters are definitely reusable, as the same characters within the Bati! brand can be used in different games. What they’re showing now is a single-player title, but Palm said that Bait! has a lot of social potential, as it is casual and accessible. The team hasn’t decided on how to charge money for the game yet, in terms of business model.

“As the AR headsets come out, it will get easier and more intuitive, as you will no longer have to hold your phone in front of you,” Palm said.

So far, Palm’s advice for AR developers is to prototype a lot and combine gimmicky visual effects with user feedback on what works. He said incorporating location information into the game is “powerful” but also difficult.

Palm showed me a demo. He pointed his iPhone at the ground and found a surface for fishing. He tapped it, and it broke a hole in the virtual ice. He dipped the pole in the water, caught a fish, and reeled it in. Then it appeared in a virtual aquarium that he showed me. The fish swam around. An animated woman appeared, and her office appeared set in the real world. We could interact with her.

Bait! Under the Surface will be the third entry in Resolution Games’ popular Bait! fishing franchise. The original Bait!, which recreates the experience of casting your rod and reeling in a big catch, was released to critical acclaim on Gear VR in 2016 and Daydream in 2017.

Resolution Games was also selected by Facebook to be the first developer partner to create content for Spaces, their social VR app, which resulted in the casting-and-chatting social experience Bait! Arctic Open to launch last fall. Palm said the Facebook game was almost like doing AR within VR.

Bait! Under the Surface will take the series’ gameplay into fresh waters once more, giving players the ability to create a fishing hole right in their living room floor, while having the collections and character development that the series is known for.

Palm said the company has 30 employee and is profitable.