Nolan Bushnell, cofounder of Atari, is the godfather of the video game industry, and the producers at media company Vision Tree are making a biopic about him and Atari. And they’re announcing today they are funding it through a cryptocurrency sale.

Vision Tree will sell the Bushnell Token cryptocurrency in an initial coin offering (ICO) to people who want to support the funding for the fictionalized biographical film. It’s a controversial but novel way to fund a movie about Bushnell, who became controversial recently after the Game Developers Conference rescinded its decision to give him the Pioneer Award, based on objections on grounds of sexism.

Vision Tree said it will launch a private pre-sale for Bushnell Token in the early spring. The Bushnell Token is an ERC-20 (Ethereum) security token that offers gamers and Atari fans a way to co-own and participate in the film from start to finish. If it makes money, they will get a share of the profits.

“Reflecting on how far we’ve come in our short-lived tech age, Nolan is a true unsung hero, having introduced the computer to the masses in ’72, before even pocket calculators hit the mainstream,” said Brian Hecker, director of the Atari movie, in a statement. “Nolan’s work ethic, coupled with his rebellious spirit, has inspired me each day of our 10-year journey working with him and his family to get the story right. We couldn’t be more thrilled to engage with all tech-lovers, game enthusiasts, and dreamers who’ve been told ‘no’ to help bring this incredible underdog story to the big screen.”

While the film has received offers from conventional and studio-sourced financing, Vision Tree said it has chosen to do the cryptocurrency funding to accelerate the process.  Additionally, fans will vote on key decisions for the project including selection of the official trailer, select cast members, and more.

“The option of an ICO has been very disruptive to the venture capital community and traditional financing methods, while it’s been very beneficial to us,” said J.D. Seraphine, cofounder of Vision Tree, in a statement. “Entertainment companies can engage directly with their audience and crowdsource financing at such a great scale now. We’ve seen success with our own films, namely Sirius, and we’re seeing many successful film projects continue momentum and traction through an ICO. We’re excited to be one of the first to utilize an ICO and a cryptocurrency to engage with audiences and finance a film in this way.” 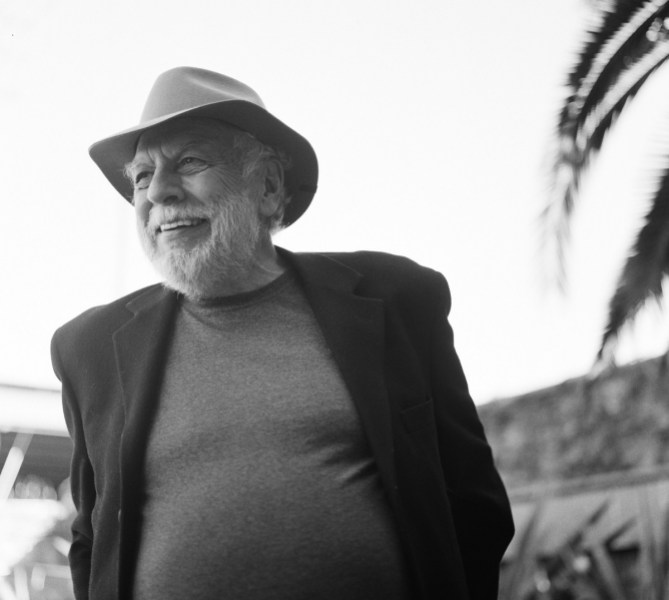 Above: Nolan Bushnell, cofounder of Atari.

If anyone would support such a project, it would be gamers. The gaming and entertainment industry are increasingly rolling out blockchain and cryptocurrency-backed projects.

“With Atari, a paradigm shift began in the way people interacted with technology,” said Bushnell, in a statement. “Atari’s renegade approach resulted in it becoming the fastest growing company in
the U.S. in its time. Blockchain represents a new environment that needs to be explored in all its dimensions: games, movies, books, art, etc. It is an innovative approach, fueling economic models and matching support with funding. The idea that we have a new way to fund things is fascinating and powerful.”

Currently in pre-production, the Atari movie is a biopic about the godfather of the video game industry, Nolan Bushnell, who went from fixing broken pinball machines to launching Atari. Through a spokesperson, Bushnell said he has been supportive of the film effort for more than a decade.

The company’s first successful product was Pong, which led to hundreds of millions of dollars in video game sales. Within a few years, Bushnell sold the company to Warner Communications for $28 million. The story follows Bushnell’s extraordinary career and culminates with his departure from Atari as the ‘80s corporate culture proved averse to innovation and risk.

Brian Hecker and Craig Sherman are writing the film. Leonardo DiCaprio’s production company Appian Way, along with Benjamin Gerry and J.D. Seraphine of Vision Tree and Avery Productions will produce the film.

Updated 3/21/18 to note the film is a biopic and not a documentary.