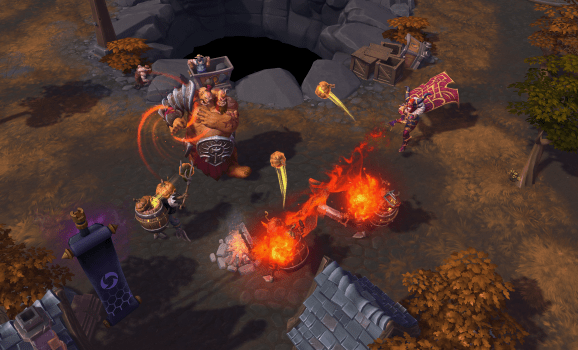 Blizzard Entertainment’s annual Heroes of the Storm college tournament, Heroes of the Dorm, is now down to 64 teams. And if a fan can make a bracket that predicts every winner, they will earn $1 million.

Blizzard is going to give $10,000 to whoever makes the bracket that predicts the most winners. But if someone is lucky enough to predict the entire tournament, they’ll win the big $1 million prize.

“Heroes of the Dorm represents the pinnacle of collegiate esports today,” Adam Rosen, the esports program manager at Blizzard, told GamesBeat. “It’s a competition where we offer free tuition for the winning team’s college career. Not only are we able to create these great fan experience, where fans across the world can watch their favorite teams and schools play each other, but we have an opportunity for teams to better their lives through something their passionate about, playing games competitively.”

Heroes of the Dorm is Blizzard’s free-to-play MOBA (multiplayer action battle arena) for PC. It pits characters from across its franchises — including Overwatch, Warcraft, and Diablo — against each other. Blizzard does not release player numbers for Heroes of the Storm, but it has been hosting Heroes of the Dorm tournaments every year since the MOBA launched in 2015.

Heroes of the Dorm encourages collegiate esports teams to play Heroes of the Storm, and viewership for the tournament can help drive interest in the game. Offering big prizes brings even more awareness to both the event and the MOBA.