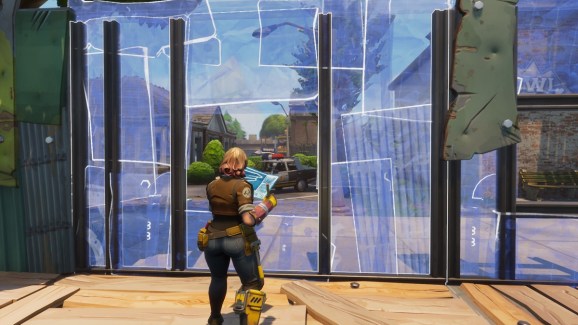 Build yourself something extra nice.

Fortnite and PUBG Mobile have both just launched on smartphones and tablets, and the two games are dominating the iOS charts. PUBG Mobile, which launched March 19, is the most downloaded game on the iOS App Store right now. Fortnite, which went live March 15 for invitees, finally just overtook Candy Crush Saga as the top-grossing game, according to app-store-intelligence firm Sensor Tower.

PUBG Mobile has moved ahead of Fortnite in the U.S. on the downloads chart after hitting No. 1 in 48 countries earlier today. This makes the last-player-standing shooters the top 2 most downloaded games on Apple’s mobile market. Both games already have PC and console versions that are extraordinarily popular, but now an even broader audience is getting a chance to try them for free on their smartphones.

Fortnite is still only open to people who get invited in, buy Epic is now enabling players to invite their friends. The game is only on iOS for now. PUBG Mobile is open for anyone to download, and it is on iOS and Android.

Above: Fortnite and PUBG are both doing well.

As for spending, Fortnite surpassed $2 million in revenues since turning on in-app purchases over the weekend, according to Sensor Tower’s estimates. PUBG Mobile still has not turned on in-app purchases, so publisher Tencent Games is still in a player-acquisition honeymoon phase.