Since the first episode of Telltale Games’ Batman: The Enemy Within, Bruce Wayne and John Doe’s friendship has been hurtling toward a deadly standoff like a rickety roller coaster ride at a defunct funhouse. And in the finale, Same Stitch, we finally get to see John’s true colors in all their psychedelic, bloody glory.

Notably, your choices leading up to Episode Five can result in two very different outcomes. Depending on how you’ve acted, The Joker can either play the vigilante or villain, with very few recycled scenes between the two paths. Both are explosive send-offs for a series that has suffered from uneven pacing. The final episode of The Enemy Within is out on March 27 for PC, Xbox One, PlayStation 4, and mobile devices. I played on PC. 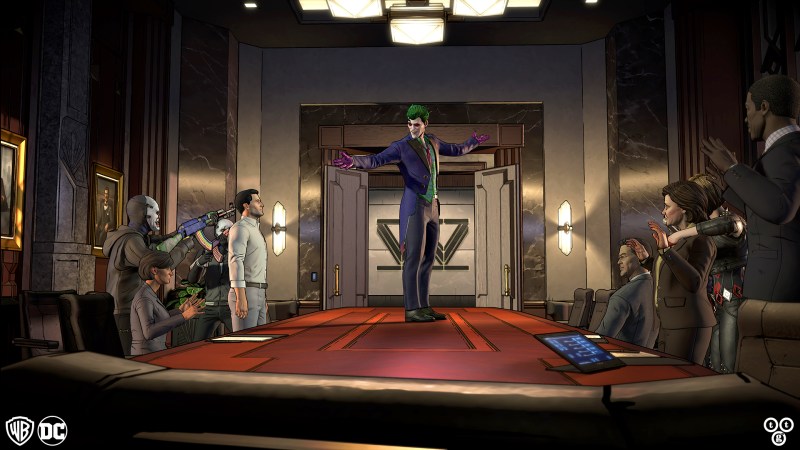 By Episode Five, you’ve either proven yourself to be a master manipulator or the purveyor of a reluctant ruse. Batman can be coldly pragmatic, and the way he treats his friendship — or “friendship” — with John can be uncomfortably calculating. Frequently, characters will suggest that your machinations have led John down the path of increasing violence, and some will acknowledge their own culpability. Whether you reject these accusations or not, the birth of The Joker has led to a lot of psychological fallout from everyone involved.

Same Stitch is all about these consequences and the relationships you’ve fractured because of previous choices. As a vigilante, The Joker is unhinged and impulsive, adhering to a twisted version of Batman’s moral code. As a villain, he’s brutal and gleeful in his sadism, killing hundreds without even so much as a wince. In both scenarios, though, he’s fixated on Bruce’s friendship. And in a depraved sort of way, you truly believe that Bruce hurt John by rejecting him.

It’s that sense of personal responsibility that makes Episode Five really stand out. Even when The Joker is acting as a classic over-the-top psychopathic villain, you can’t easily divorce his horrible actions from your previous decisions.

Lots of action capped up with a big decision 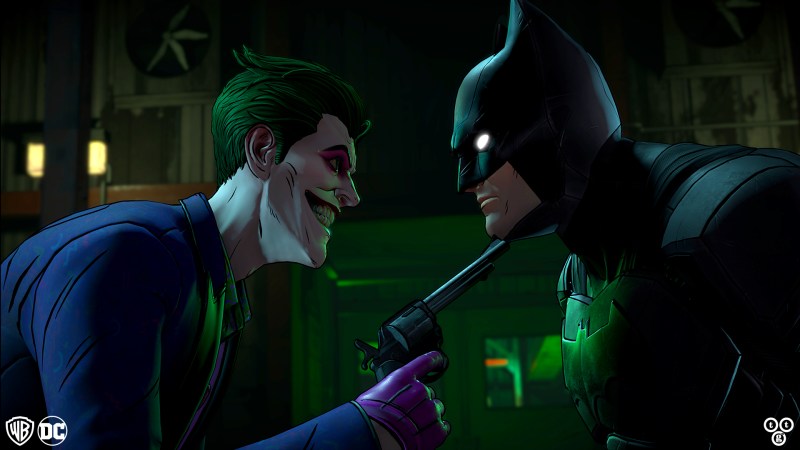 Both versions of Episode Five involve a whopper of a decision at the end — one final choice that made me exclaim aloud because I was surprised Telltale was actually letting me make it. I won’t ruin what it is, but I think it was a clever and natural way of capping off the story.

Same Stitch is also more visually spectacular than previous episodes. It takes a tour of Ace Chemicals, a nice nod to The Joker’s origin story. You might end up back in the funhouse as a demented gameshow setting rendered in trippy colors. You might encounter a nascent Suicide Squad, courtesy of The Agency boss Amanda Waller. It also has a bit of fun, especially with The Joker gone vigilante — I got a big kick out of his ersatz Batarangs.

You’ll be doing a bit of investigation, but much of the episode is tied up in action sequences. These are done well, amped up with urgency because you’re up against the Gotham Knight’s arch rival.

Some plot points come out of nowhere 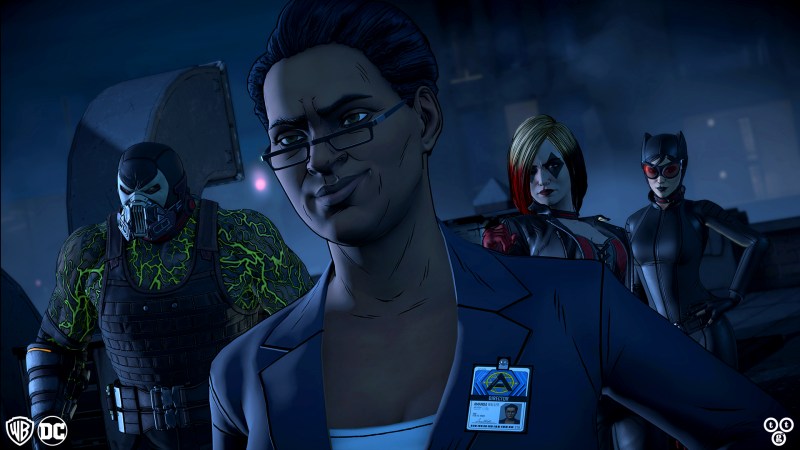 Riddler’s death comes back to haunt Episode Five, which feels inconsequential and a little disappointing. So much is going on that it’s hard to care about the Riddler, and it’s even harder to imagine that the characters have that much emotional investment in him. He’s been out of play for such a long time — or perhaps it just feels that way since half a year has passed since we last saw him — that resurfacing his character felt a bit humdrum.

A few loose ends are also still fluttering about by the time the credits roll. Catwoman’s present throughout the episode, but vanishes for The Enemy Within’s closing remarks. This was a little frustrating, because you can make a few choices around her character and yet you don’t get to see the outcomes.

Same Stitch is mainly about the consequences of previous episodes, so it’s got very few choices for you to make. This isn’t a deal breaker — especially since it has that huge decision at the end — but it would have been nice to feel like the episode could have gone in several different ways. Instead, you get the feeling that your fate is pretty much locked in by the time you boot up the episode and all that’s left to do is strap in for a hellish carnival ride. 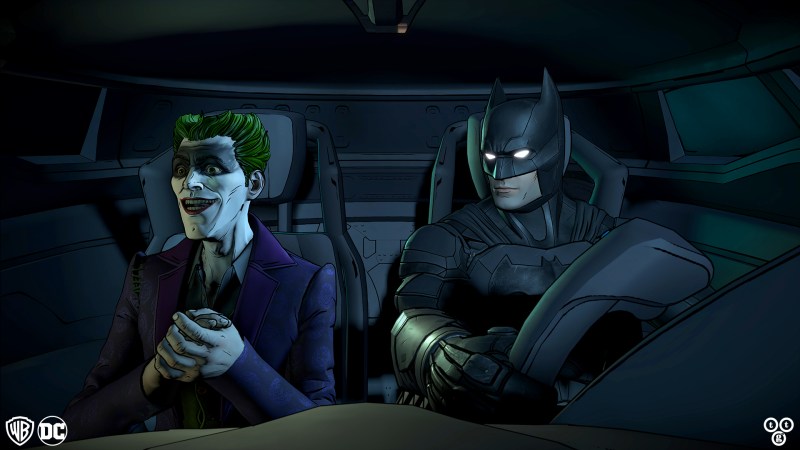 By the end of the series, I’ll say that Batman: The Enemy Within has tentatively won me over. That’s purely on the strength of the relationship between Batman and The Joker. The rest of the cast is a little wobbly, and I find it hard to care about them at all.

Riddler is boring, and Harley Quinn is a wasted opportunity. By Episode Five, she’s as one-dimensional as they get, which is especially disappointing because her introduction in Episode Two promised psychological complexity. Bane, too, is a big ol’ low-calorie puff ball, narratively speaking. And who, exactly, is Mr. Freeze and why does he matter?

But Telltale had a difficult task on its hands with all these headliner villains in its cast. It would be near impossible to pull off a story that gave equal story time to everyone, and the final showdown we got feels appropriately epic. This Joker’s no Mark Hamill, but I’ll still remember him fondly.

Batman: The Enemy Within Episode 5 comes out for PC, Mac, Xbox One, PlayStation 4, iOS, and Android on March 27. Telltale Games sent us a code for this review.