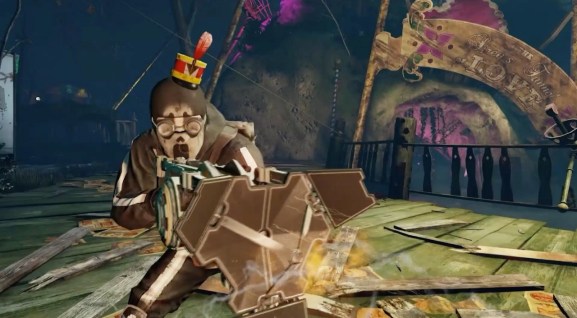 Games are transitioning to ongoing platforms and away from packaged product releases. This is the live-services trend, and it’s something that every blockbuster publisher is talking about as the future of making games. For developer Tripwire Interactive, the studio responsible for cooperative shooter Killing Floor, this isn’t some new moneymaking fad. The company has always worked that way due to its origins as a team of modders.

In 2005, Killing Floor debuted as a mod for Unreal Tournament 2004. It’s a horde-style shooter when players take on waves of undead creatures. After working on the mod for years, Tripwire eventually used Epic’s Unreal Engine to build a standalone version of Killing Floor that launched on Steam in 2009. Since then, Killing Floor has continued to sell as Tripwire has found ways to keep it fresh through regular updates. The studio has also found ways to generate revenue through downloadable content that it sells through Steam.

“Live services” or “games as a service” (GaaS) mean a lot of things to a lot of people, but one thing is always the same: publishers and developers want to keep players coming back over and over for as long as possible. To do this, game makers almost always rely on free updates that give fans reasons to boot the game up again. This is the standard model on mobile, and it’s something we see publishers like Blizzard and Ubisoft embracing and having a lot of success with.

For Tripwire, it has enabled it to maintain the relevance of Killing Floor for more than a decade. I spoke to Tripwire vice president Alan Wilson and Killing Floor 2 boss Bill Munk about this and more, and they explained that they can’t help but make games this way.

“It wasn’t just about us doing a few new maps,” said Wilson. “Being an ex-mod team, we’re used to the idea of trying new stuff, even in a ‘released’ state, then getting the feedback from the players, adapting stuff and trying it again. I’m not sure that we’ve ever really registered that this was not the ‘accepted’ way of doing things. But it is a very mod-centric approach.”

Wilson also said that this enables players to connect on a deeper level. They see Tripwire implementing their feedback into the game, and that makes them feel involved. But new content is still the strongest way to keep up engagement levels, and that is where Tripwire has excelled.

“With Killing Floor, we’ve added all sorts of new things over the years,” said Wilson. “We started with seasonal events, which have been wildly successful. We also introduced new weapons, new game modes, new characters, etc. At one point, we stood back and did a complete re-balance of the game — working very heavily off player feedback we had collected.”

That experience fed into Tripwire’s Killing Floor 2, which launched November 2016. The company knew how to make a game that could last, but it also had a chance to start fresh armed with years of lessons.

“The biggest change from Killing Floor to Killing Floor 2 is the amount of stuff we’re including in the content updates,” said Munk. “Right now, we’re able to add so much more content-wise for Killing Floor 2 simultaneously for PC, PlayStation 4, and Xbox One. For the most part, our content updates are hitting the mark for what we’ve envisioned doing as we’re always looking for ways to add more and more value to each update.” 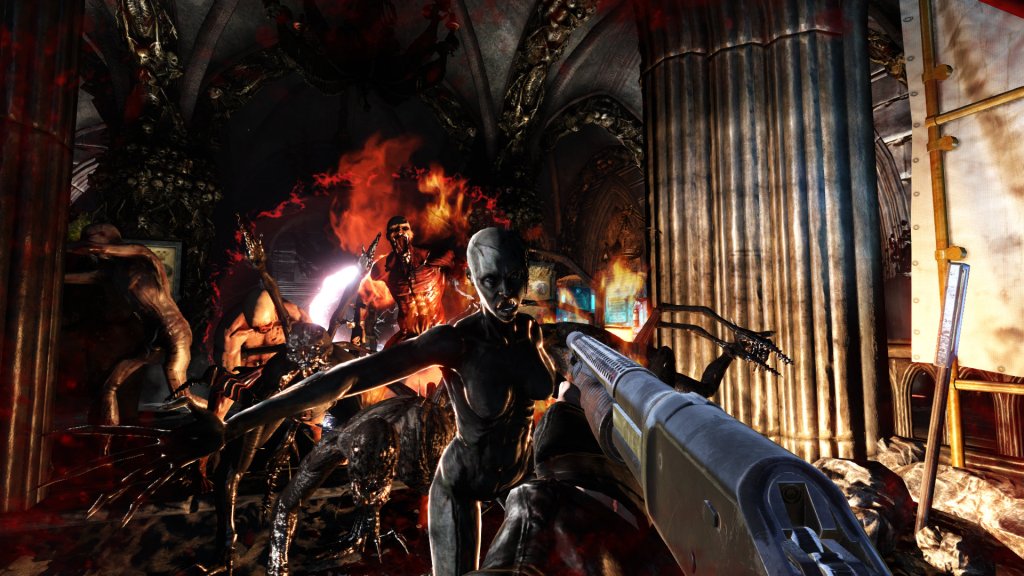 Above: Killing Floor 2 in action.

Munk explained that Killing Floor 2’s add-ons have come in the form of weapons and events, but it is now experimenting with fresh characters, features, and modes. Feedback is still key on all of this, but the studio wants to find every way to give players what they want.

“We’re extremely excited about what we have in the works for the future of Killing Floor 2,” said Munk. “And look forward to surprising owners with this continued cadence of free and regular content updates.”

You can read my full interview with Tripwire Interactive below.

GamesBeat: How did you maintain the long sales tail of Killing Floor over the last decade?

Alan Wilson: We learned a lot from our experience with Red Orchestra: Ostfront 41-45, Tripwire Interactive’s first game (released on PC in 2006). When we first met up with Valve in the very early days of Steam, they advised us to “update the game — and just try new stuff out.” As a new development team that had previously been a mod team, this made absolute sense to us, as that’s what we’d been doing anyway. In those days, most games were “fire and forget,” only getting updated if something was actually broken. So, with Red Orchestra, we did a series of free updates for the game. And, naturally, when we released Killing Floor on PC in 2009, we started to do the same. Killing Floor had been a mod before we took it on so that, once again, it was natural for us to keep updating it.

Free content updates to the game obviously made the players happy and kept them coming back. We tend to look at it as “critical mass.” With co-op and multi-player games, people often look at how many people are playing before making a buying decision. Pretty logical — you need to be sure there will be others to actually play with. So you need to maintain the player counts above that critical mass. Then, people are happy to buy.

But it wasn’t just about us doing a few new maps. Being an ex-mod team, we’re used to the idea of trying new stuff, even in a “released” state, then getting the feedback from the players, adapting stuff and trying it again. I’m not sure that we’ve ever really registered that this was not the “accepted” way of doing things. But it is a very mod-centric approach. It also allows the players to feel included in the process. With Killing Floor, we’ve added all sorts of new things over the years. We started with seasonal events, which have been wildly successful. We also introduced new weapons, new game modes, new characters, etc. At one point, we stood back and did a complete re-balance of the game — working very heavily off player feedback we had collected.

Beyond all our own work, of course, we’ve always encouraged the modding and mapping community to go wild with Killing Floor and have made the tools available to them. We also regularly sponsor maps and mod contests for our titles to keep our community excited about continuing to create. I don’t think we even know how many maps have been created for Killing Floor over the years. It must be hundreds and hundreds by now. There have been total conversion mods, like Defence Alliance and other new and unique gameplay mods. Because we’ve supported these efforts as well, we have been able to show the game getting new content, love and attention for many years. And given how many (potentially cynical) money-raking schemes there have been over the last decade in the games industry, I think people appreciate our efforts.