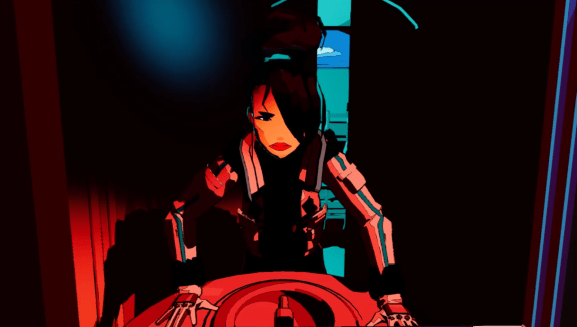 Blazing Legion, an upcoming game from one of the Indie Soapbox speakers Ethan Redd.

In a packed auditorium at the Game Developers Conference last week in San Francisco, 10 indie developers gave a series of microtalks about topics like accessibility, design challenges, diversity, and … sausages. Each speaker during the “Indie Soapbox” brought a unique perspective, and the lineup included the likes of composer and designer Danny Baranowsky (Crypt of the Necrodancer), campaign game developer Rosa Carbo-Mascarell (CorbynRun), and the New York University Game Center’s director, Frank Lantz (Universal Paperclips).

Some speakers challenged developers to consider new angles. Davey Wreden, who developed The Stanley Parable and The Beginner’s Guide, posed the question of how to innovate player-engagement strategies. He posits that most people keep playing because they’re “focused on future outcomes” — they want to get better at the game, they want to make progress, or they want to see more content or story. In all these instances, they’re anticipating what comes next.

“How can you make a game that’s engaging and compelling and at its core doesn’t rely on these three things to make it interesting?” Wreden asked as a creative exercise. He went on to suggest a few ideas, like creating a game where players must make interesting decisions but they don’t get the opportunity to get “better” at those choices, or a game that can be fully experienced in just one hour or 10.

Silverstring Media executive creative director Claris Cyarron suggested that developers open themselves and their games up to “magical thinking” and the occult, adding “divinatory moments” that enable players to take what they need from the experience. She offered a few design tips, such as asking open-ended questions, providing visual hooks that players can interpret in many ways, and incorporating randomness.

Subset Games cofounder Justin Ma took developers to task for feeding into “gaming neuroses” such as players’ obsessions with tweaking stats or grinding for experience levels. “My problem isn’t that you can game the system by being as efficient as possible,” said Ma. “My problem is when it’s specifically not fun to do so.” He warned against making games where being time-efficient comes at the expense of enjoyment and where players don’t have incentives to try new strategies because one method enables them to brute force their way through all situations.

Other speakers urged developers to consider broader demographics. Different Games Collective organizer Dee Del Rosario put up a photo of themselves with a red bull’s-eye and encouraged developers to “target” them with more inclusive games that, for instance, have customizable pronouns or a wide variety of skin tones that aren’t simply added as an afterthought.

“As an indie that’s not beholden to stakeholders, target me,” Del Rosario said. “Hire a diversity consultant and make me your target audience.”

Danny Baranowsky, who has composed soundtracks for games like The Binding of Isaac and Crypt of the Necrodancer, also shared what developers can do to help reach folks who may be suffering from chronic pain. He highlights poor user interfaces like hard-to-close windows and repetitive unskippable cutscenes as obstacles for people to enjoy the game. The former can require fine motor skills that some players simply doesn’t have while the latter can be excruciating for someone who is prone to flare-ups and is looking for quick escapism.

“Think about that power you have to cause people pain, even if it’s just a little bit,” said Baranowsky.

A thread of optimism ran through all the microtalks. Researcher and developer at Graz University of Technology Johanna Pirker shared her experiment of playing a game from every country. She encouraged developers to view games as “cultural goods” and draw from their own personal stories for inspiration. And she urged everyone to step out of their comfort zones and try playing different games.

Similarly, Adriel Wallick shared her journey of transforming Train Jam from a simple tweet to an actual event. “I spend a lot of time making plans and breaking them,” she said, and explained how a lot of her ideas arrived on a whim. Then, through hard work, she made them into reality. She embarked on a personal challenge of developing a game every week for a year. And she started and runs Train Jam, a game jam event that takes place on a cross-country train ride. In five years, it has attracted 1,020 participants and traveled 12,190 miles.

Games for the Many cofounder Rosa Carbo-Mascarell told the story of how Corbyn Run game to be. In the aftermath of Brexit, she and other game developers felt helpless. The question, she said, was: “How can we contribute to this debate when all we make is games?” And the answer is what she calls “campaign games” — projects that engage people and spark discussion about real-world issues. These are something that she says can “earn games a place at the wider cultural table.”

And NYU Game Center’s Frank Lantz shared a story about sausages and math. In his clicker game Universal Paperclips, players can undertake a project called the Tóth Sausage Conjecture, which is based off the work of a mathematician named László Fejes Tóth. Lantz received an email from Tóth’s grandson who was thrilled that someone knew about his grandfather’s work — so he decided to dedicate his 10 minutes during the soapbox to explaining the Tóth Sausage Conjecture in all its sphere-packing mathematical glory.

To close out the microtalks, Virtuoso Neomedia‘s lead developer and producer Ethan Redd took to the stage with a call to action. He argued against an attitude that he has dubbed “weakwave” — a self-defeatist, cynical, self-deprecating way of approaching the world. He called this the “antithesis to art,” and rallied developers to think big like Star Trek creator Gene Roddenberry and his vision of an utopian future.

“We need to do amazing things because they are difficult, because those kids and our peers are watching,” said Redd. “We need to aim higher in our own work and in our fictions that we create.

“We are the artists, the thinkers, the dreamers of dreams, we paint the cultural landscape that everyone else lives in.”