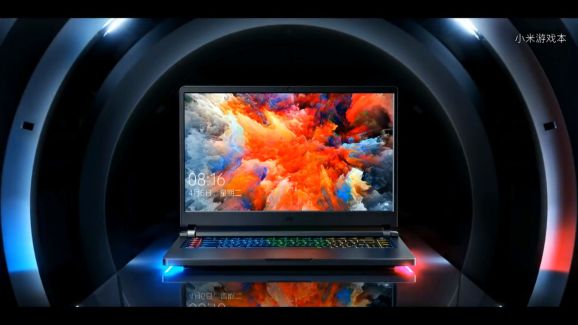 Xiaomi's Mi Gaming Laptop isn't priced as aggressively as you would expect from the company's reputation.

One of the biggest Android device manufacturers in China is expanding into the gaming PC space. Xiaomi, which makes high-end smartphones, announced its Mi Gaming Laptop this week. But unlike its smartphones, this Xiaomi product doesn’t have the wow-factor affordable price that the company is known for.

Xiaomi, of course, pointed out that price disparity. The company made a big deal out of featuring the same components at half the price of an American competitor. Undercutting the competition on price with high-end devices is Xiaomi’s strategy in the smarphone space, and now it is looking to replicate that in the PC gaming market.

And that should work in China, which has a massive market for PC gaming. Players spend nearly $30 billion on games in that country, according to intelligence firm IHS. And the PC composes the biggest slice of that total at around $15 billion. Xiaomi, with its home-field advantage and brand recognition following its growth in smartphones, could make a serious dent in that space. It could also box out foreign competitors.

While Alienware could try to compete by dropping its prices, that could prove difficult. Many foreign products face cultural and regulatory hurdles that drive up costs in China. Dell, which owns Alienware, may not have the option to compete on pricing against Xiaomi without wiping out its profit margin … at least in China.

In Western regions, however, the Xiaomi Mi Gaming Laptop looks different than the company’s other product offerings. Dell sells an Alienware laptop with an i7 and GTX 1060 for $1,600 in the United States. But if you go with something like Dell’s Inspiron 15 7000 gaming laptops, you can get an i7 with a GTX 1050 Ti for the same $950 that Xiaomi is selling its i5/1050 Ti configuration for. And that’s before you have to deal with importing the Xiaomi laptop through a specialty retailer like GearBest.

Now, why does it matter that Xiaomi’s pricing is right in line with other available products on the market? Because that’s a departure from how people perceive the company’s products. The Xiaomi Mi smartphones are popular among smartphone enthusiasts in the United States and Canada. With something lik ethe Mi 2S, you get top-of-the-line specs, high-quality design and build, and a ton of features at prices that often start at $200-to-$300 lower than Samsung or $300-to-$400 cheaper than Apple.

I was expecting the Mi Gaming Laptop to do the same, but that isn’t the case. Xiaomi is making moves to enter Western markets with its Android phones, and it would have no reason not to use that pipeline for its gaming laptops. But if you can get something like an Acer Nitro 5 with an i5 and a GTX 1050 Ti for $700, a $950 alternative from a company that isn’t nearly as well known in the United States and could prove a risk in terms of customer support doesn’t make sense.