GamesBeat: The “taste true power” messaging seems—you’re very familiar with the people who like it, the target audience.

Kislyi: If you play World of Tanks on a good machine with a big screen and a good sound system, it trembles. You feel like you’re in a tank, even though you’re in your bedroom.

Above: It can be hard to hit something the length of 10 school buses.

GamesBeat: So now World of Warships looks terrible, and you have to fix that?

Kislyi: [Laughs] Warships, it’s a separate team. They share some technology, but—healthy internal competition is happening at Wargaming. That’s obvious. Warships people are really ambitious to kick World of Tanks ass. In a good sense. In Europe, for some period, we were actually happy to find that the market fit—of course Tanks is the best when you take the former Soviet Union into account, but World of Warships is as big in Europe and America as Tanks, which is not a bad thing.

At Wargaming we share. That’s a rule. You have your own P&L as a product, but many things upon creation become Wargaming’s property, and they can be shared. If you look at World of Warships Blitz, although it was done in China, technically speaking, with lots of our guidance—if you look at the backgrounds, the key art, the music, the interface, and the ship models, those are from World of Warships, even though it’s a separate product. We share stuff. That’s the best way to achieve overall success.

I don’t even have to talk to the people on World of Warships. I know they’re thinking about improving their performance and visuals. 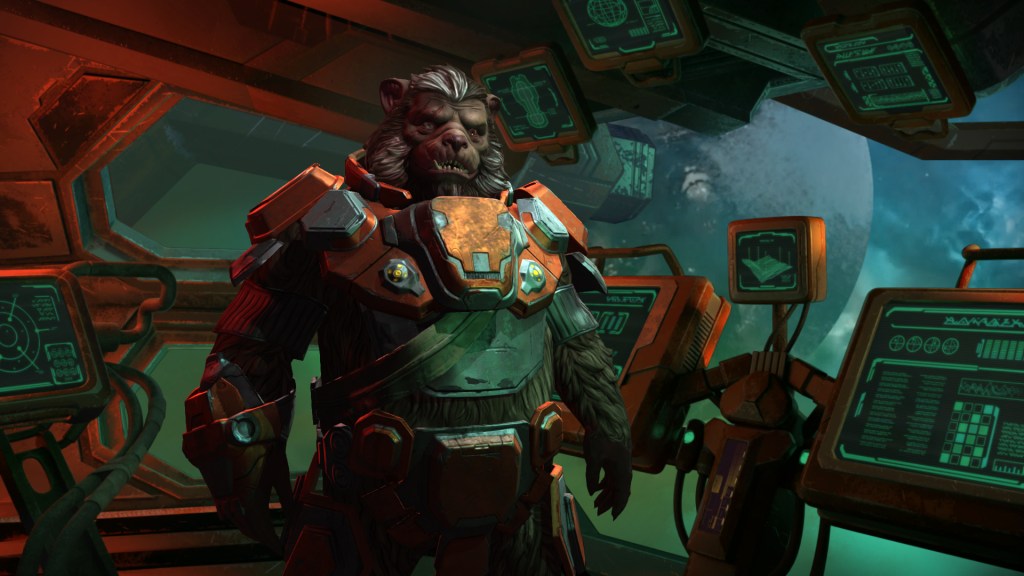 Above: Master of Orion is back.

GamesBeat: What else do you have cooking? Do you have any initiatives around Master of Orion?

Kislyi: It’s funny that you mention Master of Orion right now. We did what we did, giving back to the community, the good old turn-based game. Some people hate me for this, but I keep playing Civilization, irrespective of 1.0 or World of Warships. I just love Civilization. I play it every week, a couple of hours. We tried to do the same with Master of Orion, and it’s up to the players to judge us. We have the franchise and the IP, but we’re not doing anything right now.

We’re doing a big push to mobile now. What I did structurally, I separated mobile into a very separate division. Now we have a studio in Helsinki, a studio in Copenhagen, an operational center in Berlin, and our Chinese partners. It’s like a miniature copy of Wargaming, and it’s very independent. It’s using services like legal and finance and so on, and they have access to all the IP, but it’s a separate business unit with its own merits.

We even have games for girls now. We have this company called Melsoft. We had to use a different name, because games for girls—maybe Wargaming isn’t the best brand there. But we have this game called My Café, a free-to-play mobile game where you run a café. You buy equipment and make recipes and all that stuff. I don’t play it, but it’s growing. It’s very healthy.

GamesBeat: Are you going to keep on expanding in that way?

Kislyi: Let me give you some perspective. My Café happened to be an investment project that took literally none of my time or involvement. I wasn’t having any sleepless nights testing that. With Tanks, I did. We acquired a small company in Minsk doing casual games. We gave them some money, made some leadership changes, and said, “Here’s your investment. Now you’re pretty much on your own. Use all our services, our business platform.” They’re not so big that they stretch our legal department.

They were under the radar, quietly finding their way for two, two and a half years, and then this game My Café shot up. Google and Apple are very happy with the numbers and retention and all that stuff. But I don’t have to do anything for that particular game. It just happened on its own. Speaking for myself, my passion is tanks, ships, planes, this military hardcore manly stuff. I’m very proud of it.

GamesBeat: It’s still going strong. That’s surprising in some ways. But live operations is much more pervasive throughout the whole industry now. Electronic Arts is talking in their quarterly finance calls about live operations, the investments they put into making Madden a year-round game.

Kislyi: We use different terms. For us it’s just management, customer support, deploying server infrastructure—just normal hygienic things you have to do. You can call it whatever you want. We’ve been doing it since 2010. That’s how we got so big. We’re doing what needs to be done for our players in the first place. 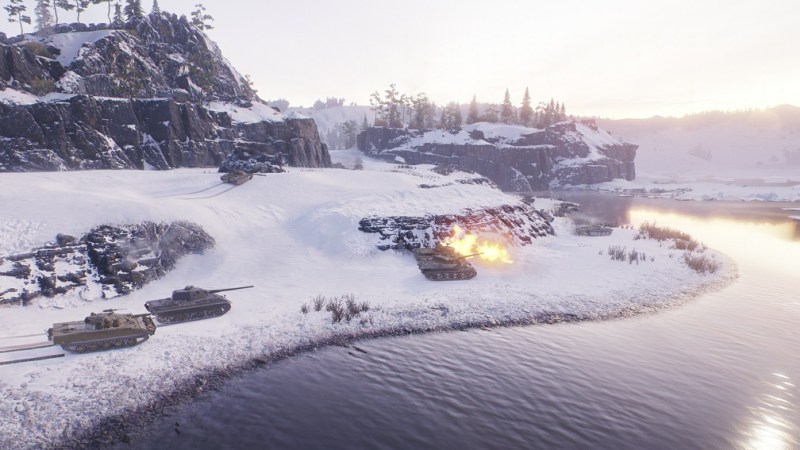 GamesBeat: I don’t know if it means a lot right now, but some companies are talking a lot about games with “ridiculous computation.” Amazon is saying they have these giant e-commerce servers, Amazon Web Services, the cloud living up to what it can do. You can take that and use it in games. If you have an infinite amount of computing power, what can you do?

Kislyi: A little disclaimer. I’m not an expert in what you’re describing. I was at Google’s conference and everyone was talking about those big companies, where they’re interested in pushing their platforms. Web services and AI components as a big platform for various businesses to use, not just games. I don’t know. When it comes to games, you still render on the client. You have to do that. I wish streaming was faster, but it’s not yet there universally, with bandwidth and so on.

Here’s my philosophical statement. I’m very grateful, first of all, to Microsoft and IBM and Intel, who back in the day, before I was even born, started creating this global infrastructure of computers, the internet, Windows, all those things that make a universal market, a global one. With a press of the button, within 48 hours, our game is pretty much everywhere in the world. You couldn’t do this in the ‘70s. That’s one thing. Likewise, we have mobile platforms that didn’t exist before. Companies are making billions there.

If Amazon gives you free or dirt cheap hosting and computational power and so on, that’s for the good. Not necessarily for games, but maybe for curing cancer, or finding extraterrestrial civilizations, or solving global warming. Science keeps going. We just handle games. As a citizen of this planet, I’m really happy to see how fast we’re advancing technologically since the ‘80s.

GamesBeat: Still, you have a pretty good use of computing power here. Better than just mining for bitcoins.

Kislyi: We give people these worlds, like World of Tanks. I don’t need to give you the whole pitch. But you come home from work, a family man with a wife and kid, and when everyone goes to sleep you have an hour, or during the weekend. You play online with your buddy, or with your son sitting next to you.

Right now I play Clash Royale with my wife. That’s our—we don’t need actual bonding, but it’s a lot of fun. Together we just rock. We win nine out of 10 in couples. Although they don’t give you crowns for that. But when we play together we win nine out of 10. She’s very happy, and so am I.

GamesBeat: I remember Will Wright said Tanks was a first-person shooter for old people. You didn’t need split-second reactions to have a good time.

Kislyi: I compare World of Tanks to football, European football, or any big sport. The rules are relatively simple. You hit the ball into the goal and you don’t touch it with your hands. A bunch of kids can play it on the beach in Rio de Janeiro. You can play it in the backyard. You can kick a ball around with your son for practice. And it goes all the way from there to Manchester United, the World Cup, whatever, this whole show business bonanza around it and computer game licenses. That’s all football, if you think about it. You, as a human, can choose any level of engagement.

I think the same is true of World of Tanks. You can just blow stuff up and have fun. That’s it. That’s what I’m doing. I’m not a part of any clan or esports group. From time to time I just feel like opening up my laptop, or at home I have a station, and running my mouse through a couple of battles. Then I go to sleep.

But still, you have coordination, teamwork, some kinds of psychology. The game is brilliant in a sense that it has a very healthy percentage of “Wow!” moments. Snatching victory from the jaws of defeat. That doesn’t happen in every battle, but sometimes you’re the one who saves the day, and you get to be very proud of yourself.