After spinning up possibly the last Windows 10 build from the RS4 branch two days ago, Microsoft today released a new Windows 10 preview for PCs with Calendar search and Cortana Show Me voice queries. This build is from the RS5 branch, which represents the Windows 10 update the company plans to release much later this year. The next update will come sooner (next month), from the RS4 branch. 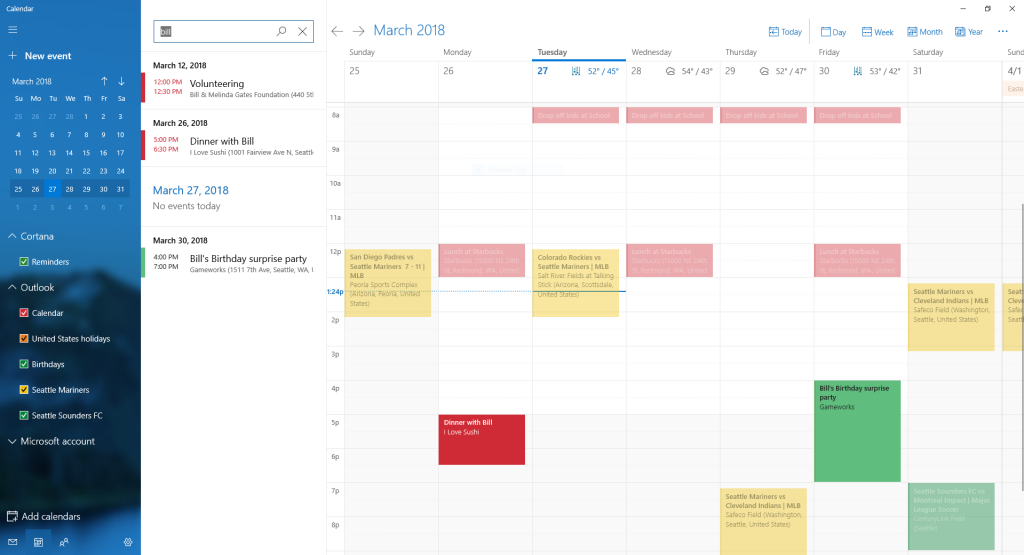 The main change in this build is that Windows 10’s Calendar finally now lets you search for past or future events. You can query by name, location, people invited, or words in the event body. Events that match your search will be visible on your calendar, while those that don’t will be grayed-out. The search function currently works with Outlook, Hotmail, Live, and Office 365 accounts but does not yet support Exchange Server, Gmail, Yahoo, or other IMAP calendars.

Next up, Microsoft has updated Cortana Show Me, a preview app released last week that’s designed to show you around Windows 10 settings. The app now supports voice queries, and Microsoft has a few suggestions to try:

The app, which has 15 guides and is available in U.K. English, U.S. English, and German, shows you how to change settings step by step. We’re guessing it will eventually become part of Windows 10, assuming users like it.