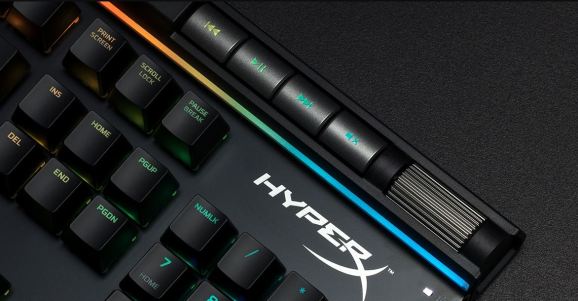 I reviewed the HyperX Alloy Elite mechanical gaming keyboard in July, and now Kingston’s gaming brand has released an updated version of the device with RGB LED lighting. This is the first HyperX product to implement programmable LEDs and the first to support its NGenuity software. After trying out the Alloy Elite RGB for a couple of weeks, and seeing that HyperX is integrating RGB LEDs into its other products, I think you have another real alternative to Logitech, Razer, or Sound BlasterX when it comes to your PC lighting.

The trend toward including programmable RGB LEDs in every PC product including keyboards, mice, speakers, headsets, and even monitors has an obvious motive: players wants all of their hardware to match and sync, so they may tend to buy all of their devices from the same company.

HyperX has done just fine so far selling its headsets and keyboards on the merits of their performance and engineering. They are well made and a great value, but building a PC is like building anything else. When you’re done, you might want to show your pretty rig off to everyone. RGB can help add a visual oomph to a system that is hiding its most expensive components in a metal-and-glass case.

So now HyperX is getting into this space, and that means the vane among us can jump onto its lighting platform with the Alloy Elite RGB and then add in the mice and other products as they roll out.

And the Alloy Elite is still a great keyboard. It has Cherry MX switches, media controls and a nice volume bar, and HyperX’s build quality. You can read my full review here. The difference with this updated model is that if you want to use it, it doesn’t have to stick out from the rest of your devices.