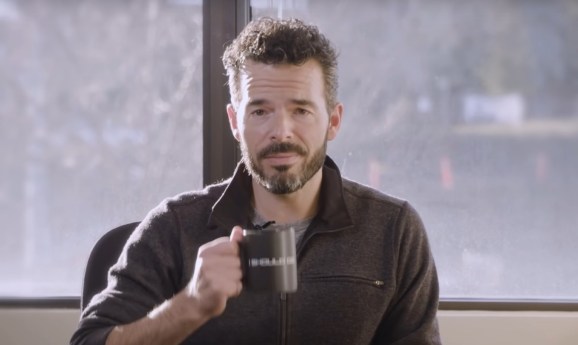 Retraction, April 3, 9:51 a.m.: GamesBeat has since learned that EA leadership knew that BioWare GM Casey Hudson was going to the Dragon Age 4 blog and announcement. GamesBeat retracts this part of our story. We apologize for the error.

Updated 11:50 a.m. Pacific on April 2 with a source that claims to refute the details of the Dragon Age 4 reveal.

Mass Effect: Andromeda launched in 2017 after nearly five years of development. But BioWare finished most of the work on that sci-fi RPG in the 18 months leading up to its release.

Anthem debuted in February after nearly five years of development. But BioWare finished most of the work in the 18 months leading up to its release. A story on Kotaku today echoes and corroborates many of these details.

But while Andromeda and Anthem had similar development cycles, the latter indicates a potentially larger problem for Electronic Arts: BioWare Edmonton is no longer a sure thing.

Prior to Anthem, Edmonton was never primarily responsible for one of the online BioWare games. BioWare Austin oversaw the launch of Star Wars: The Old Republic, and Montreal was in charge of Andromeda.

Now that Anthem is having the same issues, the concern is that the problem with BioWare games is endemic to its leadership.

Another aspect of Anthem’s development that echoes Andromeda is its lengthy preproduction, according to our sources and also echoed in the Kotaku story. BioWare also posted a blog today that responds to and confirms much of this reporting.

While BioWare Montreal struggled to get certain tools up-and-running during the early years of Andromeda, Anthem director Jon Warner and creative director Preston Watamaniuk waffled on a decisive direction for their game.

At the same time, Warner and Watamaniuk were not great about implementing external feedback. And the result is that BioWare spent years trying to figure out what Anthem (at that point called Dylan and then later Beyond) was going to turn into.

Hudson left during this preproduction period. But he thought he had left a strong vision in the hands of those who remained. By December 2016, BioWare presented its “Christmas demo” to Patrick Soderlund, who was the executive vice president of EA’s worldwide studios.

At that point, Anthem’s action was a lot more like Mass Effect: Andromeda’s (which was the strongest part of that game). But that did not impress Soderlund. To win him over, BioWare came up with a flying mechanic. Soderlund loved that.

But now BioWare had to rebuild its entire game around flying. When EA first showed off Anthem to the public at the Electronic Entertainment Expo trade show in June 2017, the flying was the only thing that was real. BioWare mocked up everything else.

Hudson returned to BioWare a month after Anthem’s E3 reveal. And he found a number of messes that stood in the way of a successful launch for Anthem.

While the game was technically out of preproduction, the scars of that process were still lingering. The team at Edmonton was trying to juggle Hudson’s original vision while also living up to the pitch that Soderlund actually greenlit.

Meanwhile, BioWare Edmonton strained its relationship with BioWare Austin. Edmonton had this golden-child swagger. Its last game was Dragon Age: Inquisition, which won multiple Game of the Year awards. It also released the Mass Effect games and Knights of the Old Republic. And Edmonton didn’t let Austin forget it.

And then you have the tools.

Even if Anthem’s directors were more decisive through preproduction, the Frostbite Engine probably still would have put them behind schedule.

Frostbite is the engine that DICE developed for its Battlefield series of military shooters. It is excellent for those games. But throughout this last decade, EA has shifted all of its development to this collection of tools. And that’s a problem because Frostbite isn’t great at everything.

One particular weakness is animation. This led to ridiculous memes of ugly characters in Mass Effect: Andromeda. In Anthem, however, players get static galleries where nonplayer characters stand relatively motionless while they wait for you to approach them.

And when it comes to actually creating content, those kinds of tools make every job significantly more difficult. Creating a cutscene can take so long that even DICE sometimes ships games, like Battlefield V, with less content than it originally intended.

You ever watch the credits on a movie and wonder how so many people can work together to create one final, cohesive work? Games are like that, but way more complicated. It’s like if movies had a person building a camera while someone else was using that camera to film a scene.

That’s a way of saying that games are so complex that you’ll never be able to point at the one bad guy who ruined a project. Anthem, which is an OK game with a lot of rough edges, had multiple points of failure.

The directors couldn’t settle on a direction. When they did, they picked something that frankly sounds kind of boring. To get the thumbs-up from Soderlund to move into actual production, however, BioWare changed the game drastically. This was so late in development that it invalidated a lot of work.

And with under two years to get the game out the door, Frostbite made things significantly more time-consuming.

Then a half-year before release, the game went through a battery of mock reviews. Those consultants provided a list of problems with Anthem … and BioWare Edmonton addressed almost none of them. The studio was definitely running out of time, but that also goes back to the Anthem team not taking feedback.

BioWare and EA don’t have plans to abandon Anthem. It’s the publisher’s biggest launch in a while, and it’s potentially an important part of EA’s Origin Access Premier subscription service.

But what this does change is the dynamic between BioWare studios. Now, Edmonton is going through a clunky launch. And it’s BioWare Austin that has the experience of building up a game into something beloved over time. It did that with The Old Republic, and now it could lead the effort here.

And while Edmonton may shift focus to a Dragon Age game that may take years to come out, Austin could get the credit if it’s able to turn Anthem around.

Updated April 2 at 11:50 a.m. with a source that refutes the details of the Dragon Age 4 reveal.