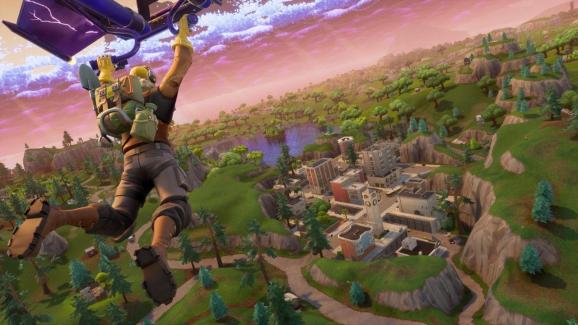 Let's do that Fortnite.

Fortnite entered an invite-only beta for iOS in mid-March. Even then, it quickly became the platform’s top game. Now, anyone can play it simply by downloading the free-to-play app.

Fortnite’s battle royale mode launched in early access for PlayStation 4, Xbox One, and PC in September. It has become a huge hit, even surpassing PlayerUnknown’s Battlegrounds, which popularized the genre. Coming to mobile has introduced the game to an even larger audience.

The shooter has 100 players dropping into a large island with nothing but a pickax. They then have to scavenge for guns and resources and try to become the last player or team standing (you can play alone, in a duo, or with in a squad of four). Fortnite also features a building mechanic, which has you using resources you collect with your pickax to create your own structures to help defend yourself or reach out-of-the-way places.

Epic Games is working on an Android version of Fortnite, but it does not have a release date.