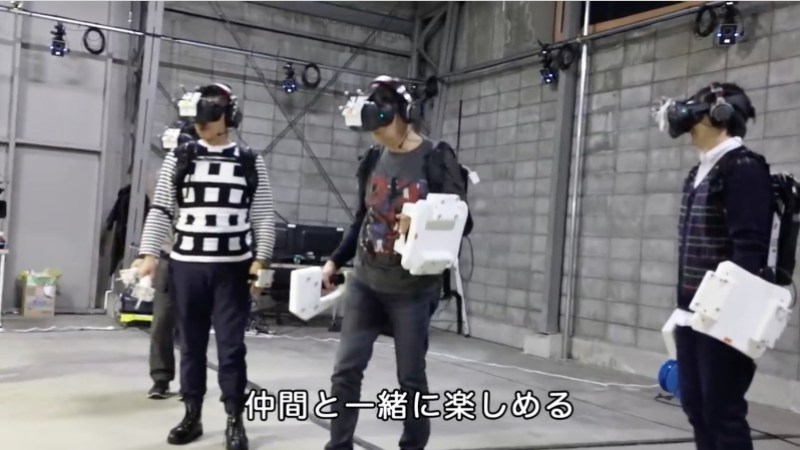 While the company’s Dragon Quest VR trailer doesn’t actually show what’s in the game, the video depicts multiple players simultaneously holding what appear to be shield and sword accessories in separate hands, with wireless-equipped HTC Vive headsets providing views of the action.

Dragon Quest creator Yuji Horii narrates the video, calling the game dreamlike, and noting that it lets VR participants really experience the game’s fantasy world. “I really felt like I was holding a sword and shield and walking through the world. I thought it was incredibly fun.”

VR Zone will start taking advance reservations to play Dragon Quest VR — a sign of how popular the location expects the game to be. The trailer suggests an April 20 start of reservations for play starting on April 27, but VR Zone will apparently offer prior customers early access from April 9 through April 11 to special reservations for an April 25 event. Currently, four-ticket set passes to play four separate VR Zone experiences sell for around $41 U.S.

Gamers outside Japan will have to make due with non-VR options such as Dragon Quest XI: Echoes of an Elusive Age, which will be released on the PlayStation 4 and PC (Steam) in September 2018. As Dragon Quest X was an online multiplayer game released solely in Japan, XI will be the first mainline Dragon Quest game to hit the U.S. since Dragon Quest IX debuted in 2010. The series is amongst Japan’s most popular, but lags well behind Final Fantasy in the U.S.