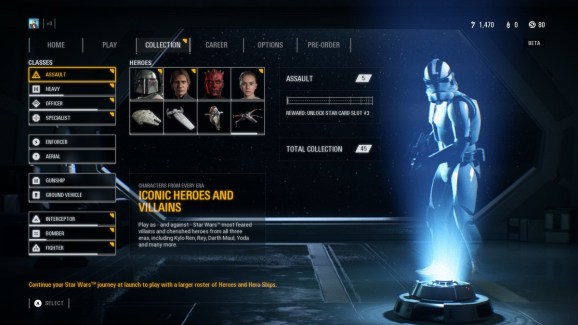 The landscape surrounding microtransactions in video games continues to evolve at a pace outstripping the law’s ability to keep up. Just months after enduring public outcry over an extensive loot box system in Star Wars: Battlefront II, EA Games has announced a complete overhaul that eliminates the ability to purchase in-game items that impact gameplay.

Rapid industry changes and the absence of a clear regulatory environment may leave developers with a wild west sense of lawlessness. But lack of regulation does not equate to lack of legal exposure and the battlegrounds most likely to shape rules regarding microtransactions are taking shape.

While the possibility of a regulatory or legislative reaction to the loot box controversy cannot be discounted — initiatives in Belgium and Hawaii to ban or regulate loot boxes are already underway — class action litigation poses a far greater and more realistic point of exposure to game manufacturers. The potential to recover millions in fee awards incentivizes the class action plaintiffs’ bar to seek out and file claims against challengeable practices that impact large classes of consumers. And, unlike most legislative or regulatory responses – often enacted with phase-in periods to allow industries time to comply with new requirements – class action exposure is retrospective, seeking to extract lofty financial penalties for past violations in addition to any prospective changes to practices impacting consumers.

Early lines are already being drawn. Square Enix, maker of Hoshi no Dragon Quest, is facing a class action suit in Japan over the game’s gacha system – a monetization program similar to loot boxes. The claim appears to stem from a contention that odds of winning prizes under the gacha system are not accurately disclosed.  And US-based in-game purchases have caught the attention of class action counsel before, with Apple and Google both facing suits over games that allowed children to make in-app purchases without reentering credit card information.

The loot box controversy is a particularly attractive target for class action claims under consumer protection statutes in protective US states like California and Massachusetts. Statutes in such states allow class actions on allegations that the developer advertised a game as having features it did not have. These statutes are ready made for inadequate or inaccurate disclosures. So, for example, a game that overstates the odds of acquiring particular in-game features through a loot box purchase would likely violate such statutes and, if the practice is widespread and profitable enough, would likely trigger a class action complaint.

But potential exposure does not stem only from overtly false claims about game features. A class could allege that a game was advertised with footage showing features or characters locked away in loot boxes and was advertised at the shelf price, but in reality the price to unlock those advertised features was much higher and the features were not available for the advertised price.

Battlefront II drew harsh criticism for the effort necessary to unlock major characters like Darth Vader. Some estimates determined that it would take over 4,500 hours of gameplay unlock all of the game’s content. Of course, players could purchase enough credits to unlock everything – for $2,100, 35 times the cost of the game. These types of criticisms are often interlaced into class action complaints to support claims that marketing and advance promotional materials led consumers to believe they were buying more features than their purchase price covered.

The loot box controversy is an attractive class action target because civil class actions are uniquely designed to address practices that impose small pecuniary impacts on large groups of consumers. A two-dollar transaction may seem to minor to warrant a lawsuit, but dozens of two-dollar transactions with tens of thousands of consumers adds up to millions in potential exposure. When civil penalty statutes, which impose penalties (up to thousands of dollars each) on a per-transaction basis, are in play, the potential exposure can quickly approach the value of the game.

There are meaningful steps developers and sellers of loot box games can take to minimize risk. Full disclosure of limitations of the stock game and need to pay or play to unlock all advertised features will go a long way toward staving off false advertising claims. Video gaming would not be the first industry to face this option and future video game marketing may resemble televised car commercials featuring a fully loaded vehicle but advertising the price of a base model – accompanied by a disclosure that the model shown includes options not included in the advertised price.

While the new ESRB In-Game Purchases label is a positive step in this direction, minimizing legal exposure will undoubtedly require manufacturers to assess their own titles and ensure that product-specific promotional and labeling materials accurately describe games.

Sophisticated developers will also work with their insurers and brokers to maximize coverage of claims based on their actual and planned sales practices. Some will lobby lawmakers to provide greater clarity and safe harbors for legal loot box practices. And lastly, with increasing regulatory scrutiny into loot box practices that have already been compared to gambling by some governments, developers who count on loot box revenue should carefully analyze potential claims by regulators and ensure their document retention policies and record-keeping are well-honed to be an asset, not a liability should they find themselves the target of a government investigation or subpoena.

Paul Huston is an Associate in the firm’s employment labor and benefits practice group.