Morph3D has built a platform for creating custom avatars for virtual reality characters. And it is announcing today that it is integrating its Ready Player One: Avatar Creator into Vive Studios’ The OASIS beta.

The avatars fit the VR theme of the Steven Spielberg film and Ernest Cline novel. Morph3D has created an “avatar platform” and character management system for virtual, augmented, and mixed realities. It can be used across a number of games and VR experiences. Today, it introduced a pilot program to pair game developers with its multi-platform avatar creation engine.

Fans will be able to try out the Ready Player One: Avatar Creator as part of The OASIS beta, the virtual reality experience launcher based on the Warner Brothers film.

In the OASIS beta’s ever-expanding universe, players are able to explore, compete in, and launch multiple VR experiences, including Ready Player One: Avatar Creator. With millions of permutations, the Avatar Creator lets you create your own highly detailed OASIS persona. In the story, people engage in an online world called The Oasis
through a carefully chosen avatar. 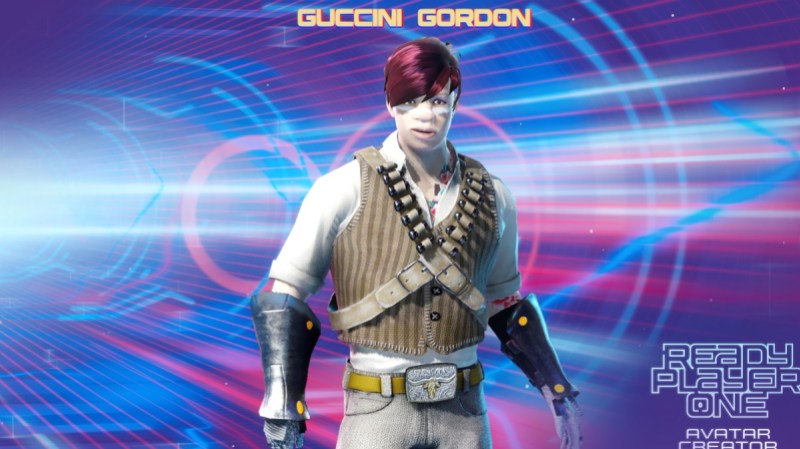 Above: Morph3D’s avatar platform lets you create a custom Ready Player One avatar.

“Bringing in Morph3D for the avatar creation element of The OASIS beta was the perfect choice,” said Joel Breton, general manager of Vive Studios, in a statement. “Morph3D’s design and software is second-to-none and the engine integrated into this complex project quickly and efficiently.”

Morph3D’s avatar creation engine plugs directly into game and virtual world software, allowing developers to utilize industry-leading personalization tools and design features without the expense of building entire systems from the ground up. Morph3D’s engine is the result of over 15 years of experience, using a network of more than 600 artists. It functions across all major gaming platforms, including AR/VR, desktop, mobile, and console.

“Our avatar engine is forward-thinking, built to solve future problems by eliminating the time and expense of developers building their own personalization, and allowing users to create an avatar they can carry between platforms and games,” said Jim Thornton, CEO of Morph3D, in a statement. “The OASIS beta project is a great example of the engine’s ability to plug into any application.”