Activision scored big last year with its remake of the Crash Bandicoot N. Sane Trilogy. And it is turning to another video game classic today with the unveiling of a Spyro the Dragon remake.

The remastered Spyro Reignited Trilogy debuts on September 21 on the PlayStation 4 and Xbox One consoles. Toys For Bob, the studio that made the Skylanders series, is developing the game, which will debut at a $40 price and is now available for preorder.

The original Spyro was developed by Insomniac Games and produced by Mark Cerny for the Sony PlayStation in 1998.

Above: The remake will feature richer backgrounds.

Spyro will unleash his fire-breathing attacks on his 20th anniversary with high-definition graphics. The remastered look will feature lush environments and backgrounds that didn’t exist in the original series.

The three games include Spyro the Dragon, Spyro 2: Ripto’s Rage!, and Spyro: Year of the Dragon. As a throwback to the original Spyro unveil, starting today Crash Bandicoot N. Sane Trilogy players in North America on PlayStation 4 can enter the iconic code (↑ ↑ ↓ ↓ ← → ← → square) into their controllers in the Crash Bandicoot 3: Warped title screen to watch the Spyro Reignited Trilogy trailer. 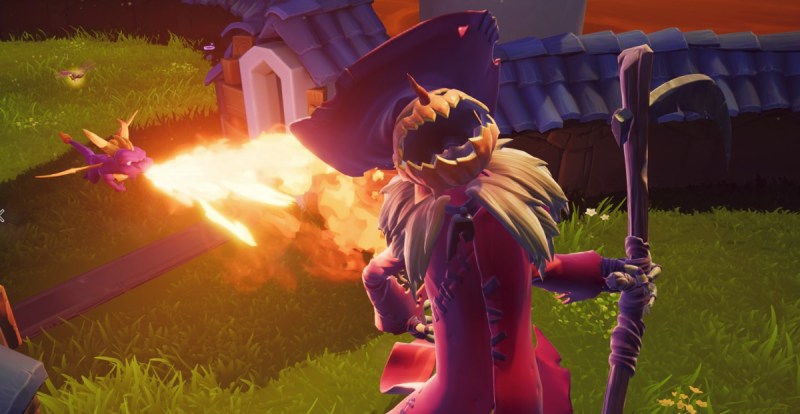 Above: Spyro is ready to spout flames again.

Remade from the ground up by lead developer Toys for Bob, the Spyro Reignited Trilogy features the nostalgic gameplay that fans remember with more than 100 levels, enhanced reward sequences, Spyro’s gang of zany dragons and other goofballs (including Sparx the Dragonfly, Hunter, Sheila, Agent 9 and Sgt. Byrd) and more. The trilogy also includes improved environments, updated controls, brand-new lighting and recreated cinematics for added flavor in this one-of-a-kind adventure.

“We’re deeply passionate about staying true to the legacy of the original three Spyro games with the Spyro Reignited Trilogy,” said Paul Yan, chief creative officer at Toys For Bob, in a statement. “We’ve poured a lot of love into making the personalities and worlds feel just like fans remember them, while also keeping the game collection surprisingly fresh with lush, high definition detail. We’re bringing back the Spyro we all fell in love with 20 years ago.” 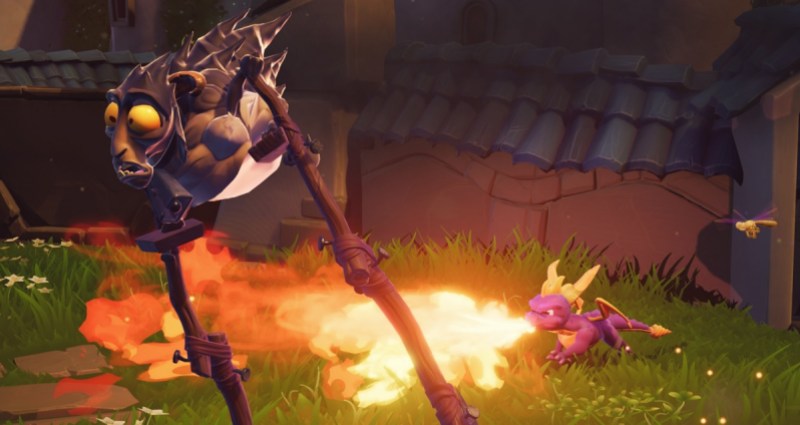 Above: Spyro’s new trilogy will have more than 100 levels.